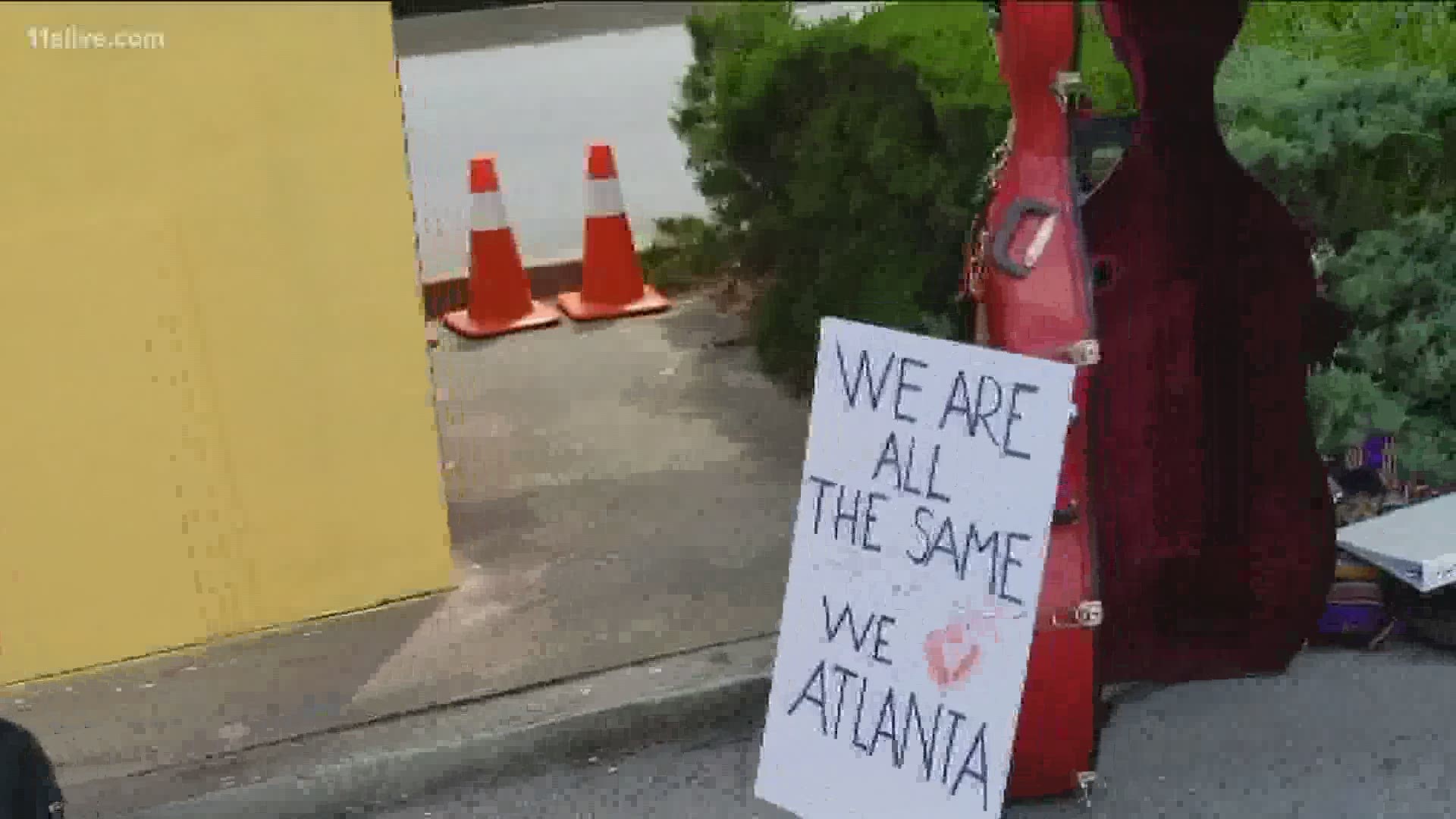 Roberto Hernandez had a job to do at the Plaza Fiesta shopping center on Buford Highway, but his heart was with those fighting against racial injustice.

He knew he had to find his own way to support the movement. So, he called a few of his friends. "Anything as little or as big as it can be it can add so much power to the movement," he told 11Alive's Elwyn Lopez.

Hernandez is an artist. He paints murals. He used his talents to also paint a few signs that say that "the Latino community is an ally to the cause," he said.

As he painted his mural, trying to meet his deadline, a few friends of his came out and played music and held up his signs. "We are all the same. Todos somos iguales," they read. He calls it a "humble protest."

He isn't alone in doing his part to support the movement.

The Latino Community Fund (LCF) released a statement in support of the cause, saying in part, "it recognizes the need to mobilize and organize against institutional racism and white supremacy."

Gigi Pedraza, LCF's Executive Director, said the organization has committed to several points of actions, including doing more to highlight the voices of Afro-Latinos in the community.

"Learning from them, you know, their experiences, how we can be better allies is the way to go," she said.

As for Hernandez, he says he will use his skills to support the African American community. He will paint a mural in support of the cause.