About two dozen people showed up at 5:31 Monday morning to protest the bill, and they plan to stay for a full 12 hours. 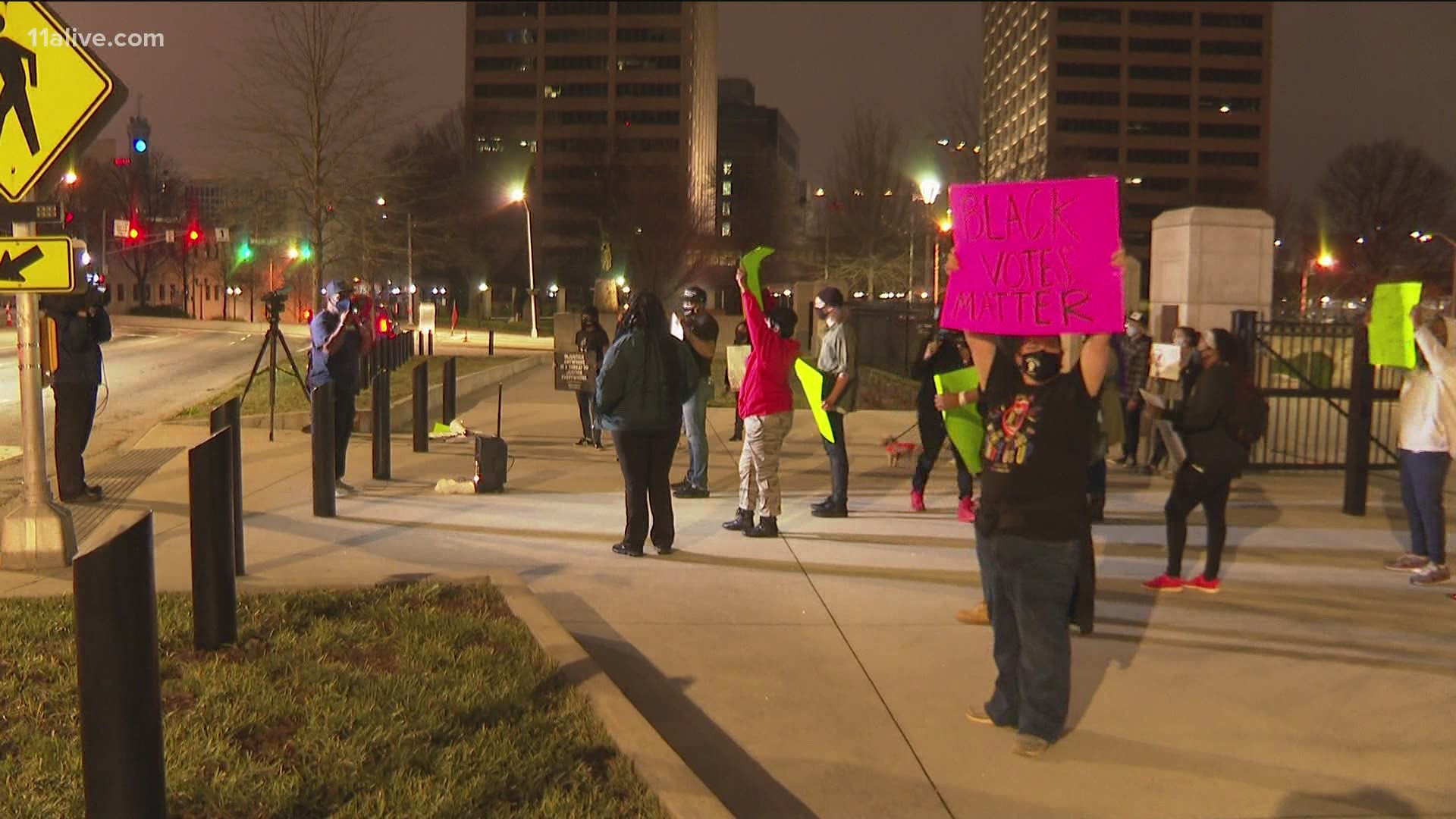 ATLANTA — A group has gathered at the Georgia State Capitol to protest House Bill 531, a piece of legislation that would add restrictions to the voting process.

About two dozen people showed up at 5:31 a.m. Monday to protest the bill, and they plan to stay for a full 12 hours.

Multiple groups are a part of the protest, including Democrats from Fulton, DeKalb, and Clayton counties, the NAACP of Atlanta, the Party for Socialism and Liberation, the Atlanta Democratic Socialists of America, and others.

The protesters said by placing any restrictions on voting, the bill will make it too hard for every person to have an opportunity to cast a vote. While some of the more controversial parts have been from the bill, it would still add restrictions that didn't exist before.

The bill does not eliminate no-excuse absentee voting – meaning that anybody wanting an absentee ballot could still get one under this measure.

But it tightens requirements such as requiring voters requesting absentee ballots to produce ID information.

It would also limit the number of absentee drop boxes in each counties and require them to be kept indoors – and only accessible during business hours. It would also end absentee balloting and ends early voting 11 days prior to Election Day.

This isn't the first demonstration held to bring attention to the bill.

In fact, on Friday several Democratic members of the Georgia House of Representatives joined in a spontaneous protest against Republican-led election reform bills at the state Capitol.

The House members - about a dozen or so - held signs and chanted in front of the large marble staircase in the capitol building. There was also a sit-in on the steps.

As for the protest happening Monday, the group plans to stay at the Capitol until 5:31 p.m.