Rumored threats of White Nationalist counter-protest apparently did not materialize. 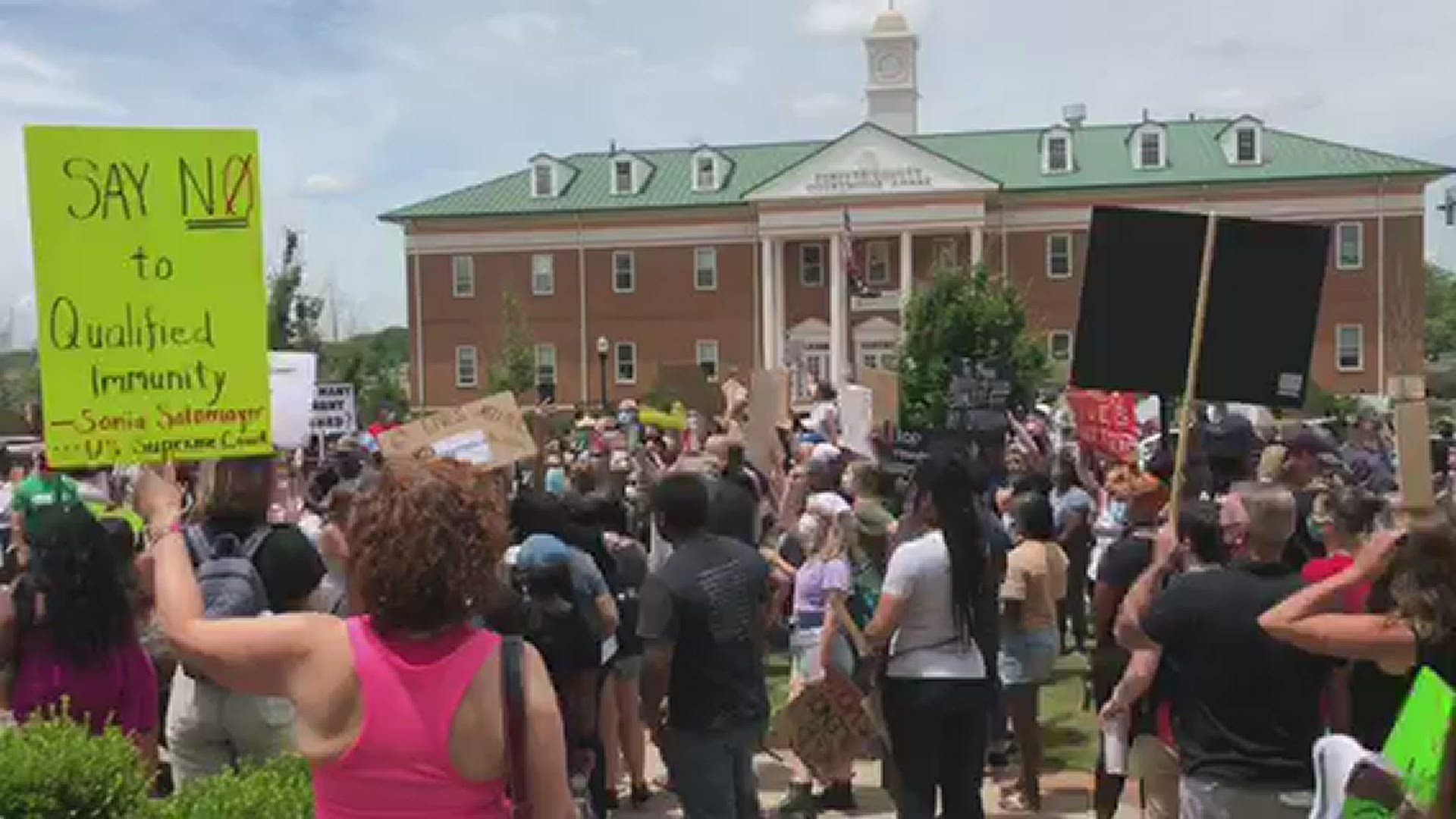 Earlier estimates from the sheriff's office indicated about 500 people were on hand.

The multi-racial crowd held signs and chanted, while cars honked cars in support of the crowd.

A rumored counter-protest by White Nationalist groups or the Ku Klux Klan apparently did not materialize.

Forsyth County has had a checkered history when it comes to civil rights.

It was understood for many years that no African American residents lived in the county.