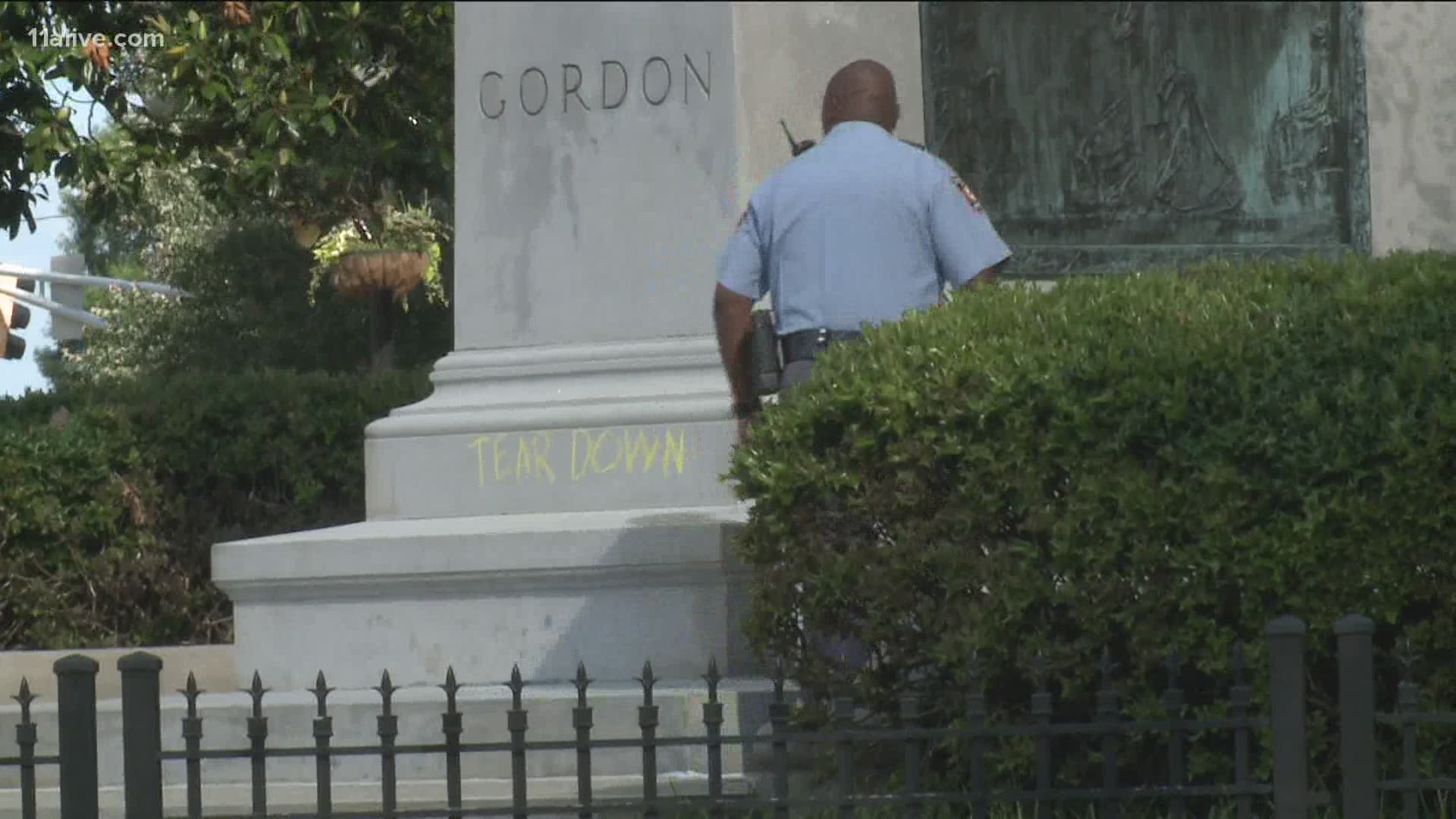 ATLANTA — A statue of a Confederate general and one of Georgia's former governors was defaced with the words "tear down" during the sixth night of protests on the Capitol lawn.

"Gordon was a man who stood for racism and he stood for the Confederacy, and we no longer live in those times," said one protester.

Gordon was a general for the Confederate Army, a Democratic Senator, and the the 53rd governor of Georgia. But, according to a University System of Georgia archive site, some believe he was also involved in the KKK.

On Monday, State Rep. Bob Trammell sent a letter to Gov. Brian Kemp requesting the statue's immediate removal stating its "nexus to hate in our state is overwhelming" adding that "its presence is both divisive and offensive."

1 / 6
Charles Holmes / WXIA
A monument to Confederate Army General John B. Gordon was defaced during a protest on the lawn of the Georgia State Capitol, Thursday, June 11, 2020.

But under a law Kemp signed last year, if a monument is removed, it "must be relocated to a site of similar prominence, honor, visibility, and access within the same county or municipality.” The law also states "they can’t be moved to a museum, cemetery, or mausoleum unless that’s where it was originally placed."

When asked about the monument, Gov.Kemp's office says they are operating according to the law and, at this point, they have no further comment.

11Alive asked the Georgia State Patrol whether they are investigating the incident, which they said happened a little after 6 p.m. According to GSP, a 55-year-old woman, Jamie Loughner, was taken into custody on the Capitol grounds and charged with interference of government property and criminal trespass. She was taken to the Fulton County Jail.

The protests at the Capitol come as states across the country reckon with public displays connected to racism. Virginia Governor Ralph Northam has already committed to removing several Confederate monuments in Richmond, including one of Robert E. Lee. Elsewhere, US officials say they are looking to rename several bases named after Confederate commanders, and the US Marine Corps has banned the display of the Confederate Battle Flag.