US Rep. Hank Johnson and Attorney Benjamin Crump are expected to speak at an event at Big Bethel AME Church. 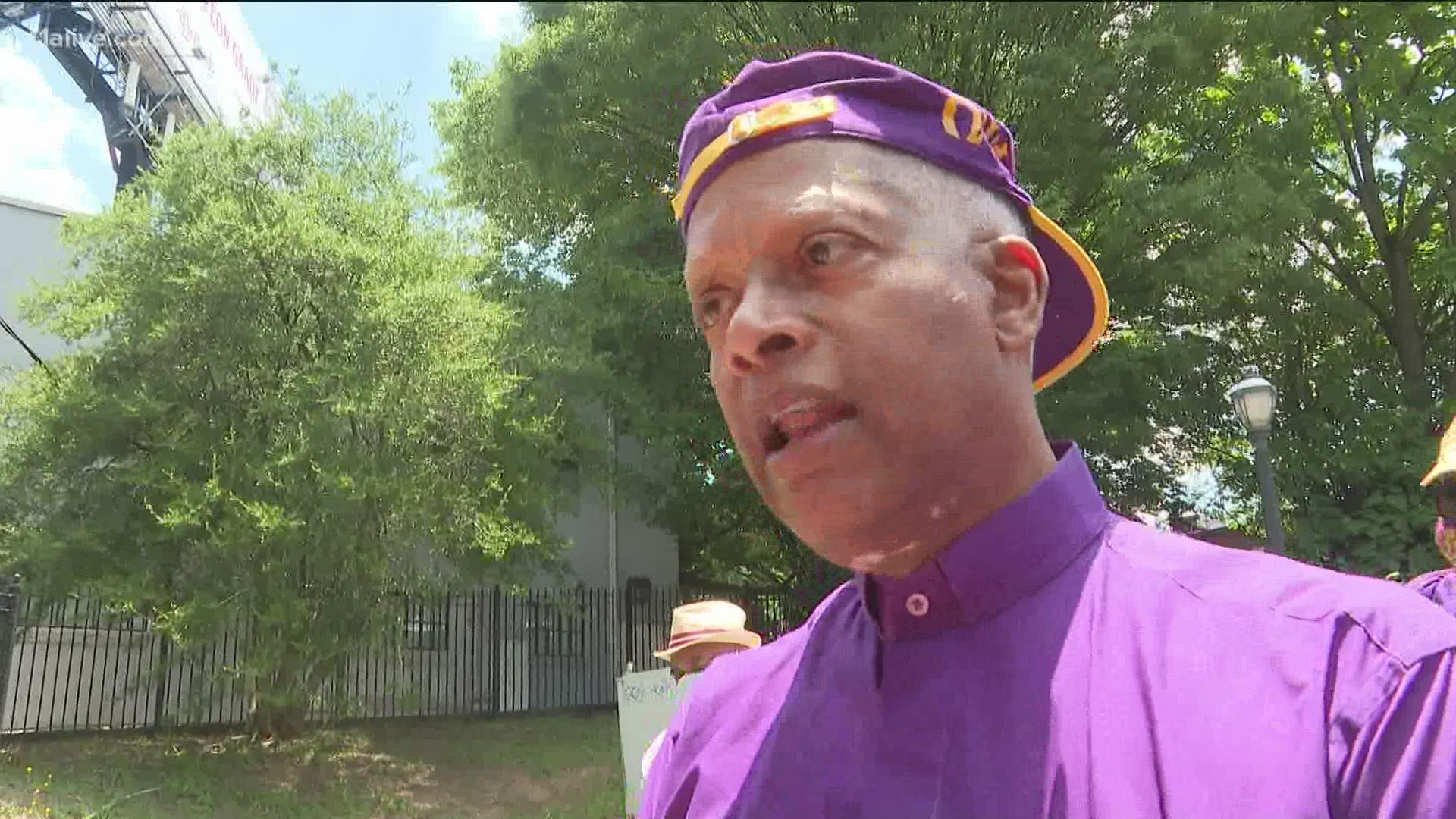 ATLANTA — More demonstrations are anticipated on Saturday across metro Atlanta in the ongoing push for social justice and police reform.

After another heavy week following the death of Rayshard Brooks, calls for change have shown no signs of slowing down.

US Representative Hank Johnson and noted civil rights attorney Benjamin Crump were expected to be among the speakers participating at the 12:45 event.

Other events scheduled for Saturday include two separate events at 1 p.m. -- one at Centennial Olympic Park and a second one at the Twin Towers near the Georgia State Capitol.

Two other events scheduled for Saturday afternoon include one at 2 p.m. at the King Center and another, also at 2 p.m. at Roswell City Hall.

Gov. Kemp tells police he has their back in these challenging 'moments of uncertainty'