A speeding ATV slammed into a motorcycle officer in downtown Atlanta while he worked on curfew duty. 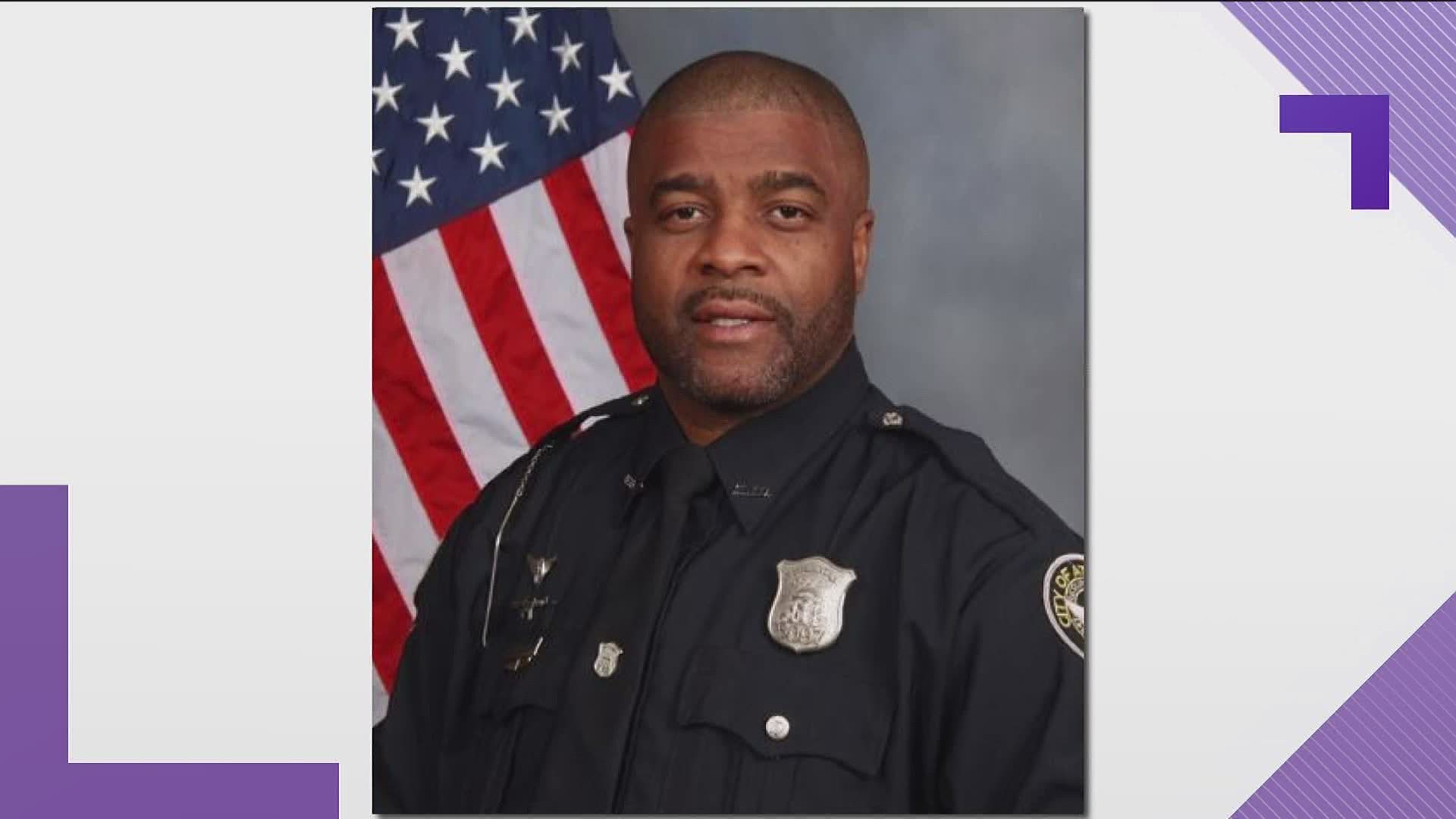 ATLANTA — Many Georgia National Guard soldiers switched missions from COVID relief to helping the Atlanta Police Department, on Saturday, during the protests.

They were on duty when Motor Officer Maximilian Brewer was hit by an ATV at the corner of Marietta and Spring streets at about 10:30 p.m. Officer Brewer had been blocking traffic near protestors.

"There was a lull -- the only activity we took of note -- was the guy moving up and down Marietta Street on an ATV," said Staff Sergeant Jason Rustin.

Rustin and his soldiers are a part of the 3rd Battalion, 121st Infantry Regiment.

He said that in the 11 years he has been an active guardsman, he has seen injuries like this while on deployments, but he has never had to respond to injuries like what happened to Officer Brewer in the United States.

"The most obvious injuries were the open tip-fib fractures; bilaterally, so both legs, and an open injury to the back of the head," Rustin said.

Rustin said Officer Brewer was in and out of consciousness, and while other ambulances were in the city that night, time was of the essence. Other National Guard medics also responded to the scene -- including Sgt. Michael Kennedy.

"We just happened to be the closest one, so we took the initiative and said we'll take him," Kennedy said.

He had been a part of a barricade when he got the call.

"Tons of people around, it could have very easily injured more than just that one officer," Kennedy said.

The driver of the ATV has been identified as 42-year-old Avery Goggans. He has been charged with DUI, serious injury by vehicle, reckless driving, possession of marijuana, and other traffic charges.

Officer Brewer underwent surgery at Grady Memorial Hospital where he is still recovering.

"You never want to see someone injured that way, especially a fellow brother in arms," Rustin said. "It was pretty tough to see."

Specialist Vivian Nguyen, who also helped, said she's glad they were so close to where it happened.

"I've heard he's doing well and I'm just glad we made it there to save his life," she said.

A GoFundMe page has been set up to help Officer Brewer.