The event is being held in Centennial Olympic park. 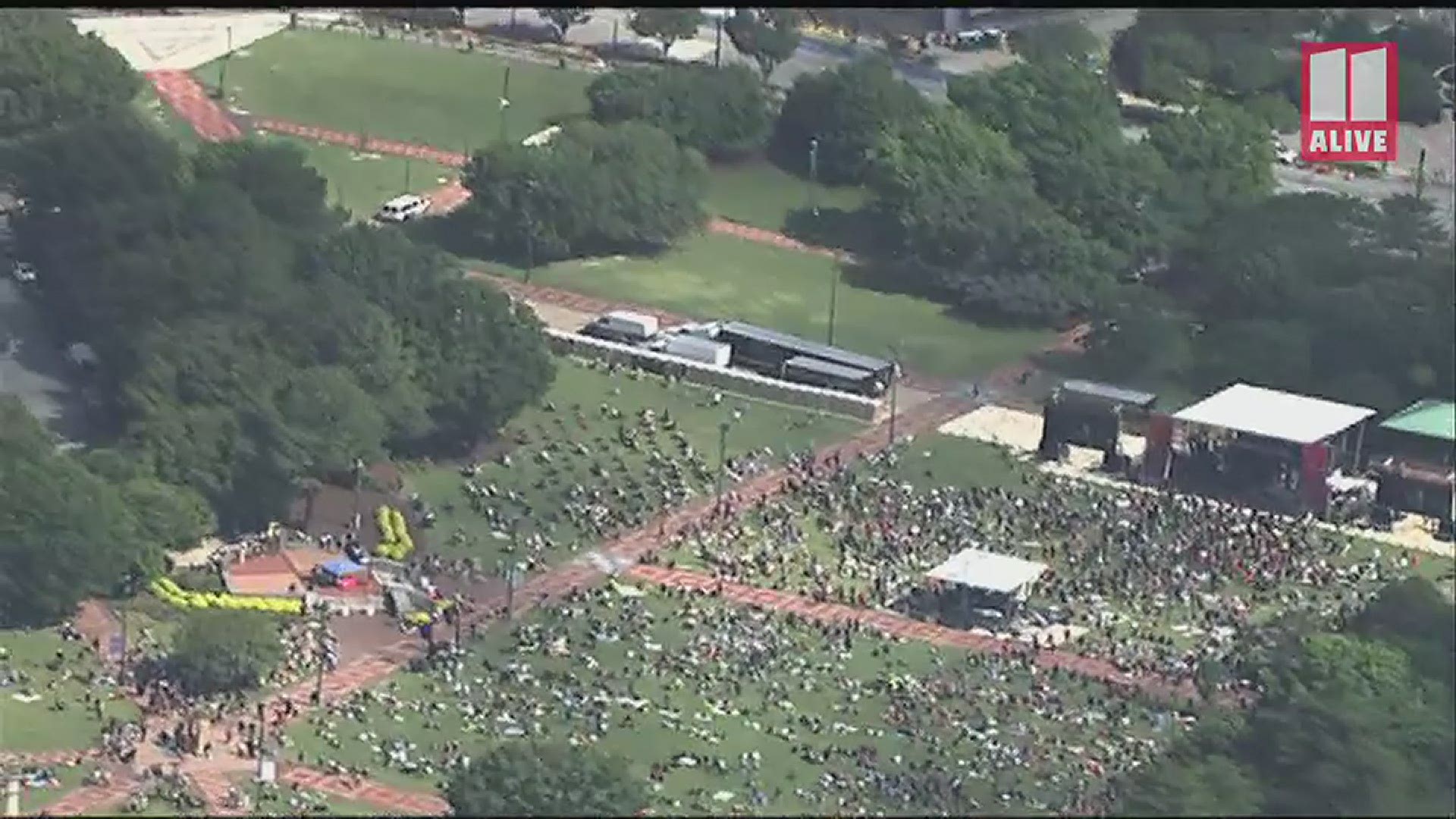 ATLANTA — Thousands gathered in Atlanta this Friday to continue calls for social justice and an end to racial violence in America. It was part of the OneRace March in Atlanta.

The event is being held in Centennial Olympic park and is expected to meet its capacity of 6,000 people.

The march was held this year on Juneteenth, a significant moment in history for Black Americans, as it was the day enslaved people learned of their freedom because of the signing of the Emancipation Proclamation by President Abraham Lincoln. Co-directors of OneRace said the date was chosen to remember the historic date while "calling for liberty and justice for all in present times."

Organizers began the rally at 9 a.m. with prayer before ralliers marched from Centennial Olympic Park just before noon to the State Capitol and back. Part of the march's mission, according to the organization, is for lawmakers to put "fresh eyes" on current statues and work to make sure laws are written and enforced in ways that are equitable and to petition representatives to make changes to act against racially-motivated crimes.

“At this critical moment in history, our generation is raising its voice to decry racism in the streets of our nation in an unprecedented way,” said OneRace co-director Josh Clemons. “The hurt, outrage and pain is deeply felt because of the violence we have seen unfold toward people of color in the deaths of George Floyd, Breonna Taylor, and Ahmaud Arbery. It is for a moment like this that God has been preparing the OneRace Movement, our mission being ‘teaching a city to love, regardless of color, class, or culture.’“

Watch a piece of the march below.