A group of people has taken over the burned out Wendy's where Rayshard Brooks was shot and killed by an APD Officer. They are refusing to leave. 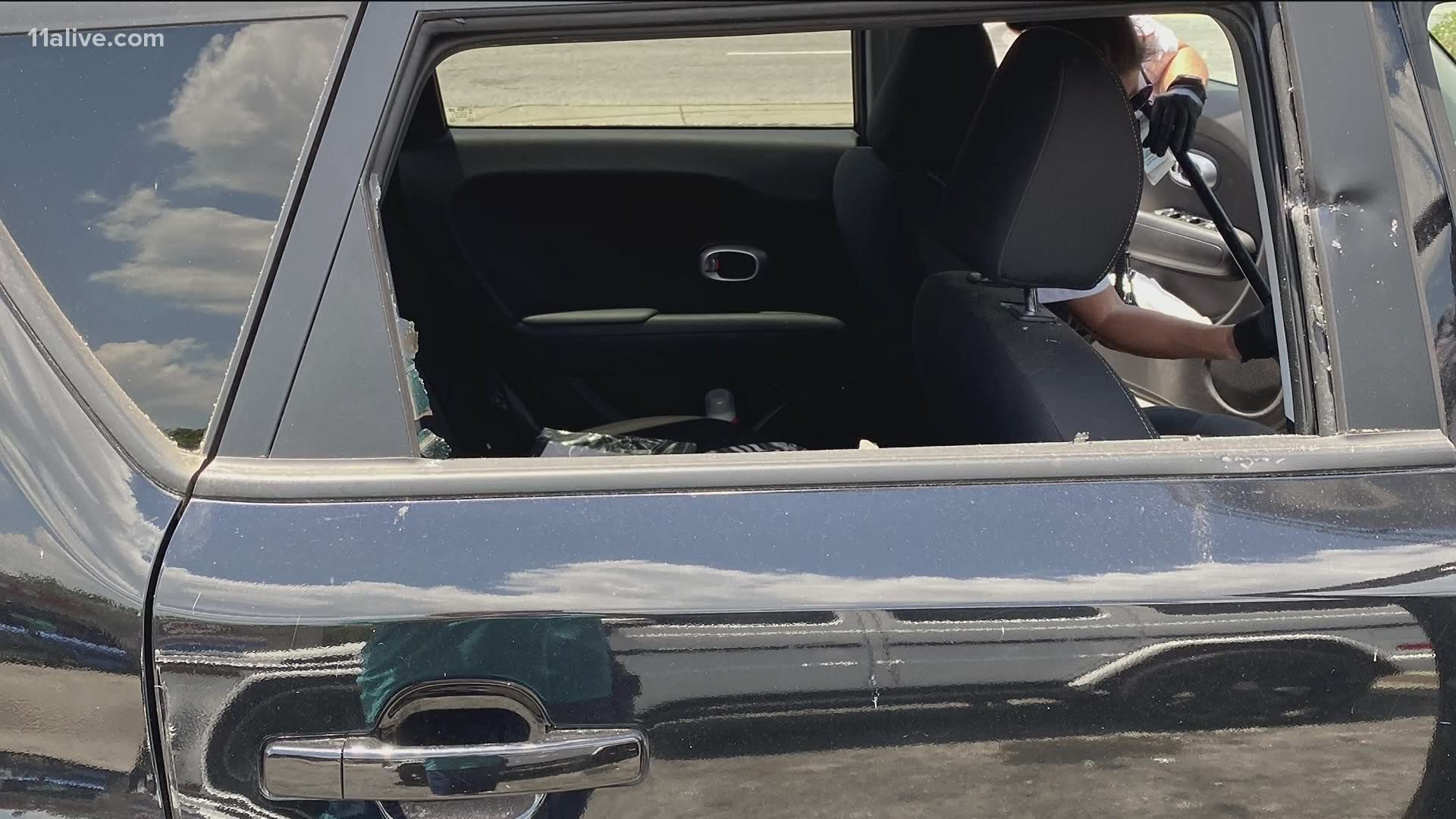 ATLANTA — A group of people has taken over the burned-out property of the Wendy's on University Avenue where Rayshard Brooks was shot and killed. They have refused to leave.

People who live in the neighborhood said they are no longer protesters, but people using the space for their own gain.

It's difficult for people who live in that South Atlanta neighborhood to get to their own homes right now.

They said that people block the street, and sometimes will not even allow residents to pass.

"My husband literally just missed getting caught in the crossfire when he was on his way home," said Kimberlee Jones. "And people have been shot and have been hurt."

She lives about a mile from where Rayshard Brooks was shot and killed, and said it's been difficult to get through her neighborhood since a group of people took over the parking lot where it happened.

Jones said that her mother tried to get to her house the other day and was stopped by people who had put up a roadblock on University Avenue.

RELATED: Second shooting in less than 24 hours as protests continue at Atlanta Wendy's

"They wouldn't let her through and she felt intimidated," she said.

Jones is president of the South Atlanta Civic League neighborhood association and said the people who are occupying the parking lot are not protesters.

"It's not a protest at this point," she said. "I use the term 'flea market' because some people are camped out, some are selling things, others are taking selfies and not actually protesting."

Atlanta Police responded to three 911 calls there over the weekend.

Two people were shot, and Jennifer Edwards said her car was vandalized as she tried to drive through the neighborhood.

"They all had guns. They were all brandishing the guns to me from their waistbands," Edwards said. "And that they were going to shoot me in the back of the head if I did get away."

She said her car was stopped and surrounded on University Avenue, when someone threw a large rock through her windshield.

"The guy took his gun out of his waistband and started to point it at me," she said. "I didn't care, I just went around him. If I hit him, if I bumped him, sorry. I have to get away with my life."

Jones said she has been in touch with Atlanta Police about what's going on,  and their best advice has been to stay away.

"He (the police officer) asked people to stay away because, I'll use his term, the crowd has been hostile to a certain extent," Jones said. "He said that they are aware of what's going on, but they don't want to add fuel to the fire; to escalate things. So their advice is to stay out of that area."

But she said people who live there don't have that luxury.

"It's physically draining, trying to figure out ways to get home, and it's emotionally draining dealing with the upheaval and the noise and the explosions," Jones said. "It's an emotional drain."

RELATED: 'We will not tolerate lawlessness' | Interim APD chief addresses tensions but reaches out to protesters, officers

Atlanta Police told 11Alive they are aware of the situation in that neighborhood and are closely monitoring it. They would not share specifics, but said they do have a plan to get it back under control.

The City of Atlanta Public Safety and Legal Administration Committee listened to concerns about the people who took over the area during their meeting on Monday.