The Civil Rights icon said the nation's current climate is familiar to him. 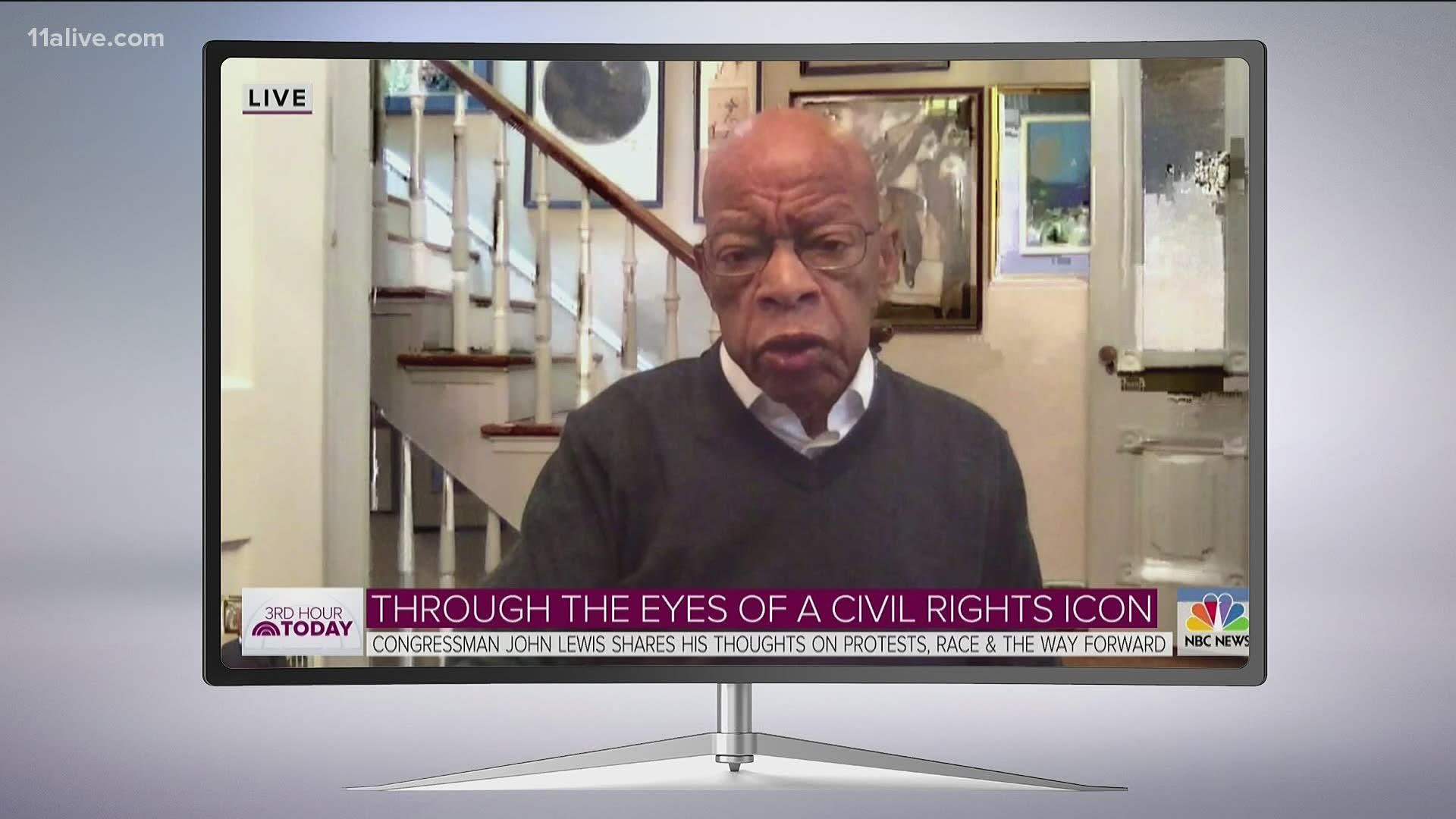 On the day of George Floyd's memorial service in Minneapolis, Georgia's Congressman John Lewis talked about race and injustice on the 3rd hour of TODAY show.

Lewis, a Civil Rights icon, said the nation's current climate is familiar to him. Protests, marches, and rallies are being held in the U.S. in Floyd's honor and to push for change to break the cycle of systematic racism.

"When I said to myself, 'seems like I've been down this road before,'" he explained.

However, he mentioned that he's inspired by seeing different races and ethnicities come together.

"Men, women, people with different backgrounds from all over America and all over the world, it gives me hope. As a nation and as a people, we going to get there. We're going to make it. We're going to survive and there will be no turning back."

"There may be some setbacks, there may be some people who stand in our way," Lewis said. "But we will not not go back. We've come to far and we're not going to give up now."

Floyd died in police custody last week after Minneapolis officer Derek Chauvin knelt on his neck for minutes. The encounter was captured on video and sparked outrage across the nation. Chauvin, along with the three other officers who were also involved, in the incident were fired.

"It made me so sad, it made me cry to see what was happening to this person of color or to any human being," Lewis said.

Since then, Chauvin's charges have been upgraded to second-degree murder. The others, Tou Thao, J Alexander Kueng and Thomas Lane are charged with aiding and abetting murder and manslaughter.

During the interview, NBC's Al Roker, asked Lewis about what Dr. Martin Luther King, Jr. would make of what we are seeing today. He said, he would be proud of people coming together.

The activist has a documentary that will be released called "John Lewis: Good Trouble."

"When I was growing up in rural Alabama in the 40s and the 50s and would see those signs that said white men, colored men, white women, colored women and I would ask my mother, my father my grandparents 'why, why this,' they would say, 'boy, don't get in trouble, don't get in the way.'"

However, he said Dr. King inspired him to get into what he called "good trouble."

"And I've been getting in good trouble ever since," he explained.