The fire was set during Saturday night's protests and lasted into the early morning hours of Sunday. 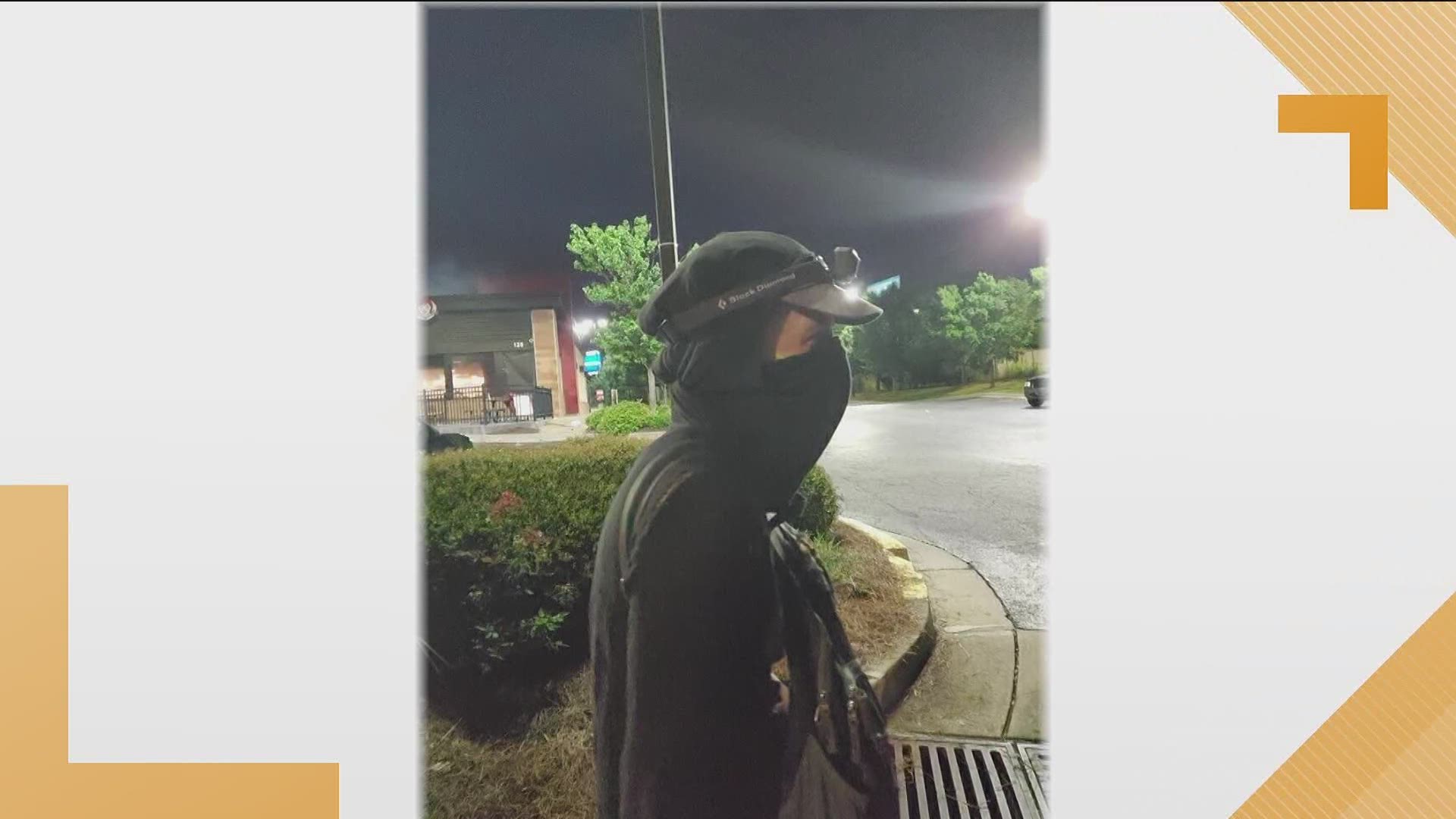 ATLANTA — Atlanta Police have released photos of a woman suspected in connection with starting the fire that led to gutting the Wendy's restaurant on University Avenue in southwest Atlanta on Saturday night.

The restaurant is where Rayshard Brooks was shot to death by an Atlanta Police officer during a confrontation late Friday night, sparking protests that have gone on all weekend.

A Twitter video shows the woman pictured apparently using some form of accelerant adjacent to the front of the building just before the building goes up in flames.

A $10,000 reward is being offered by Crime Stoppers of Greater Atlanta for information leading to the arrest and indictment of those responsible for starting the fire that destroyed the restaurant.

In addition, Atlanta Police and Fire departments are looking for any additional information on any other individuals who may be responsible for the arson attack.

Anyone with information about those responsible may submit an anonymous tip and be eligible for the reward money by calling 404-577-TIPS (8477) or by submitting information online at https://atlantapolicefoundation.org/programs/crime-stoppers/.