The protests follow the shooting of Rayshard Brooks on Friday night. 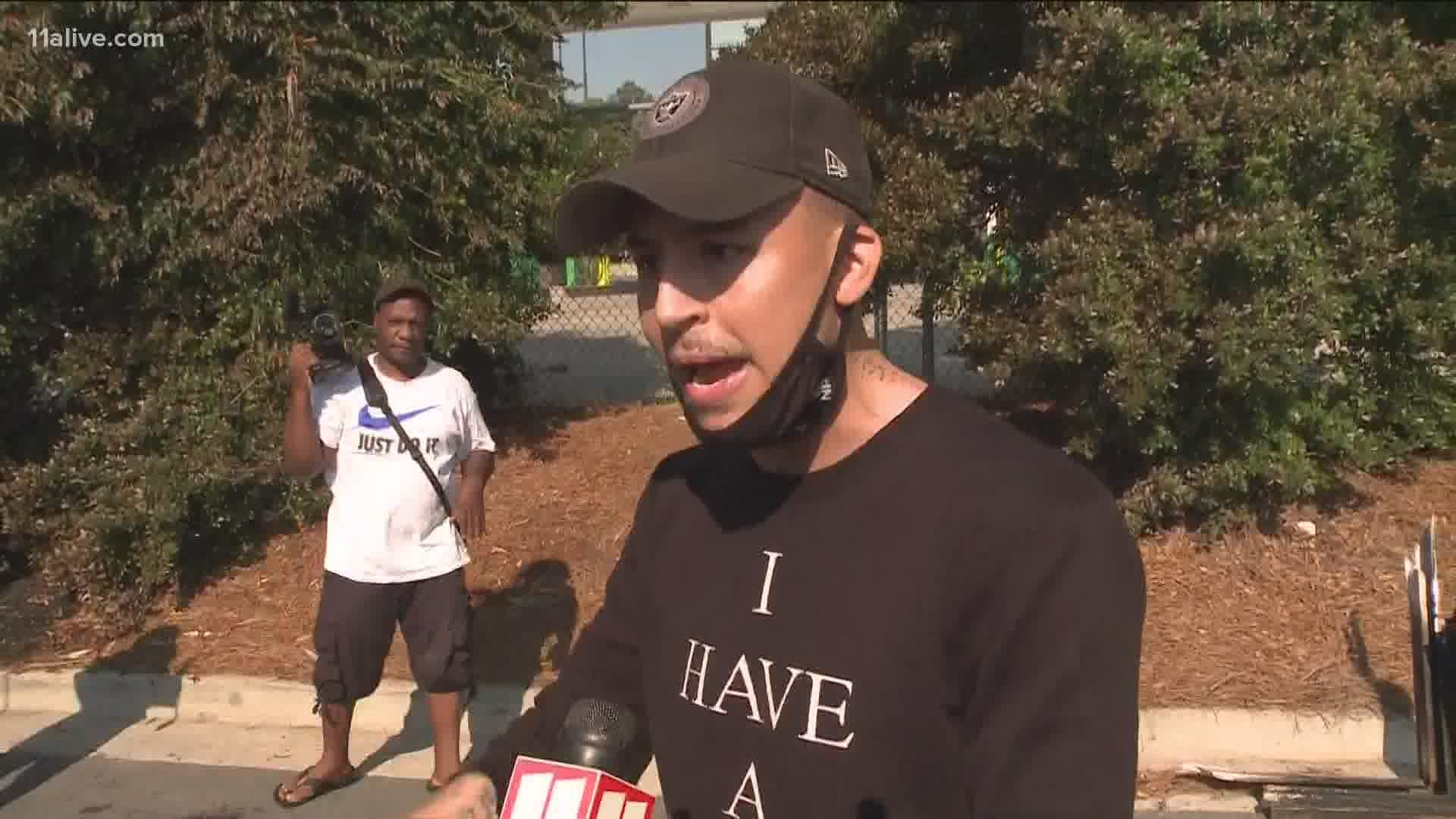 ATLANTA — An Atlanta man was shot and killed in a confrontation with police at the Wendy's restaurant on University Avenue on Friday night.

Since that time, many major changes have happened in the city with the resignation of Atlanta Police Chief Erika Shields and the termination of one of the officers involved.

The death of Brooks has also added more fuel to ongoing protests against police brutality which have been ongoing in the city since the death of George Floyd at the hands of police in Minneapolis.

We'll continue to provide updates as they become available here. Check back for updates.

3:30 p.m. | Atlanta area lawmakers gathered in front of the burned-out Wendy's on University Avenue in southwest Atlanta to call for justice reform in the wake of the shooting death of Rayshard Brooks during an officer-involved shooting Friday night.

The General Assembly will return to session on Monday morning for the first time since adjourning in March due to the COVID-19 pandemic.

1:30 p.m. | The Atlanta Police Department and Atlanta Fire Rescue Department are looking for help identifying an arson suspect who they is responsible for the Wendy's fire. They identified the person as a woman and shared the pictures below. Crime Stoppers of Atlanta are offering a $10,000 reward.

Anyone with information can provide an anonymous tip and be eligible for the reward money by calling 404-577-TIPS (8477) or submitting information online at https://atlantapolicefoundation.org/programs/crime-stoppers/.

1:10 p.m. | According to Atlanta Fire Department spokesperson Sgt. Cortez Stafford, arson investigators with the fire department were on scene at the Wendy's on University Avenue with the ATF (Bureau of Alcohol, Tobacco and Firearms) on Sunday morning.

He said they "could only do so much," because protesters were still there.

Stafford said department officials are aware of viral videos of a potential individual involved in setting the blaze, but they have no suspects or names at this time.

6:30 a.m. | As smoke billows from the Wendy's that was set on fire, people return to the building to continue protests.

2:30 a.m. | Atlanta police say they made 36 arrests on Saturday evening during the protests. That number does not reflect anything beyond 12 a.m.

2:10 a.m. | After several warnings to disperse from the University Avenue area, a large police presence is seen lining up in formation to possibly make arrests.

1:40 a.m. | Protesters are seen throwing objects at the windows of a nearby BP gas station and convenience store. Police use tear gas to attempt to stop them.

Credit: AP
A protester yells during protests Saturday, June 13, 2020, near the Atlanta Wendy's where Rayshard Brooks was shot and killed by police Friday evening following a struggle in the restaurant's drive-thru line in Atlanta. (AP Photo/Brynn Anderson)

1 a.m. | Some protesters appear to attempt to head back onto the Downtown Connector, but are not successful when they are met with Atlanta police officers in riot gear along the on-ramp. Others have attempted to enter via the exit ramp.

12:30 a.m. | Atlanta police identify the two officers involved in Friday's shooting that killed Rayshard Brooks and confirm one has been fired. Officer Devin Bronsan has been placed on administrative duty and Officer Garrett Rolfe has been terminated. Bronsan has been with the department since Sept. 20, 2018 and Rolfe was hired Oct. 24, 2013.

11:49 p.m. | A majority of the firefighters have left the scene of the restaurant after burning out of control for the better part of an hour.

11:30 p.m. | The bulk of the fire at Wendy's is extinguished after Atlanta firefighters were finally able to make their way to the structure, according to 11Alive's Hope Ford on the scene. Large crowds of protesters continue to gather.

11:05 p.m. | Huge crowds continue to gather at nearby gas stations close to Wendy's along University Avenue. Police in riot gear are moving toward restaurant using smoke or gas igniters in an attempt to clear crowds.

10:40 p.m. | Flames at the Wendy's break through the roof and the restaurant appears to be fully engulfed.

Credit: AP
A Wendy's restaurant is on fire during protests on Saturday, June 13, 2020, where Rayshard Brooks was shot and killed by police Friday evening following a struggle in the restaurant's drive-thru line in Atlanta. (AP Photo/Brynn Anderson)

10:19 p.m. | The interior of Wendy's is on fire and flames are visible through a drive-thru window and the dining room.

10:17 p.m. | A portion of the Downtown Connector reopens and traffic is slowly moving.

10:10 p.m. | 11Alive's Doug Richards says dozens of protesters are arrested as police begin to clear the roadway. A prison transport bus has made its way to the scene.

Credit: AP
A person looks back as officials move closer during protests Saturday, June 13, 2020, near the Atlanta Wendy's where Rayshard Brooks was shot and killed by police Friday evening following a struggle in the restaurant's drive-thru line in Atlanta. (AP Photo/Brynn Anderson)

9:51 p.m. | Fires have been set out in front of the Wendy's where a man was shot and killed. Video shows at least three different fires.

9:46 p.m. | A second group of protesters has gathered on the other side of the interstate.

Credit: AP
People are detained during protests Saturday, June 13, 2020, near the Atlanta Wendy's where Rayshard Brooks was shot and killed by police Friday evening following a struggle in the restaurant's drive-thru line in Atlanta. (AP Photo/Brynn Anderson)

9:15 p.m. | As cars back up a large distance away on both sides, Atlanta Police have arrived in MARTA buses on the opposite side of the interstate. Police are in riot gear.

9 p.m. | A massive crowd has amassed on the Downtown Connector in Atlanta as protests of Brooks' death move into the evening hours.

4:30 p.m. | GBI Director Vic Reynolds urges public and media to be patient as they investigate and agree to release surveillance video from Wendy's.

10:33 p.m. | After police respond to Rayshard Brooks sleeping in his car at the Wendy's drive thru on University Avenue, a struggle ensues and Brooks is eventually shot by police. He is transported to Grady Hospital where he died in emergency surgery.