11Alive obtained warrants that outline exactly how each officer is charged, and how a fellow Atlanta Police investigator characterized their actions. 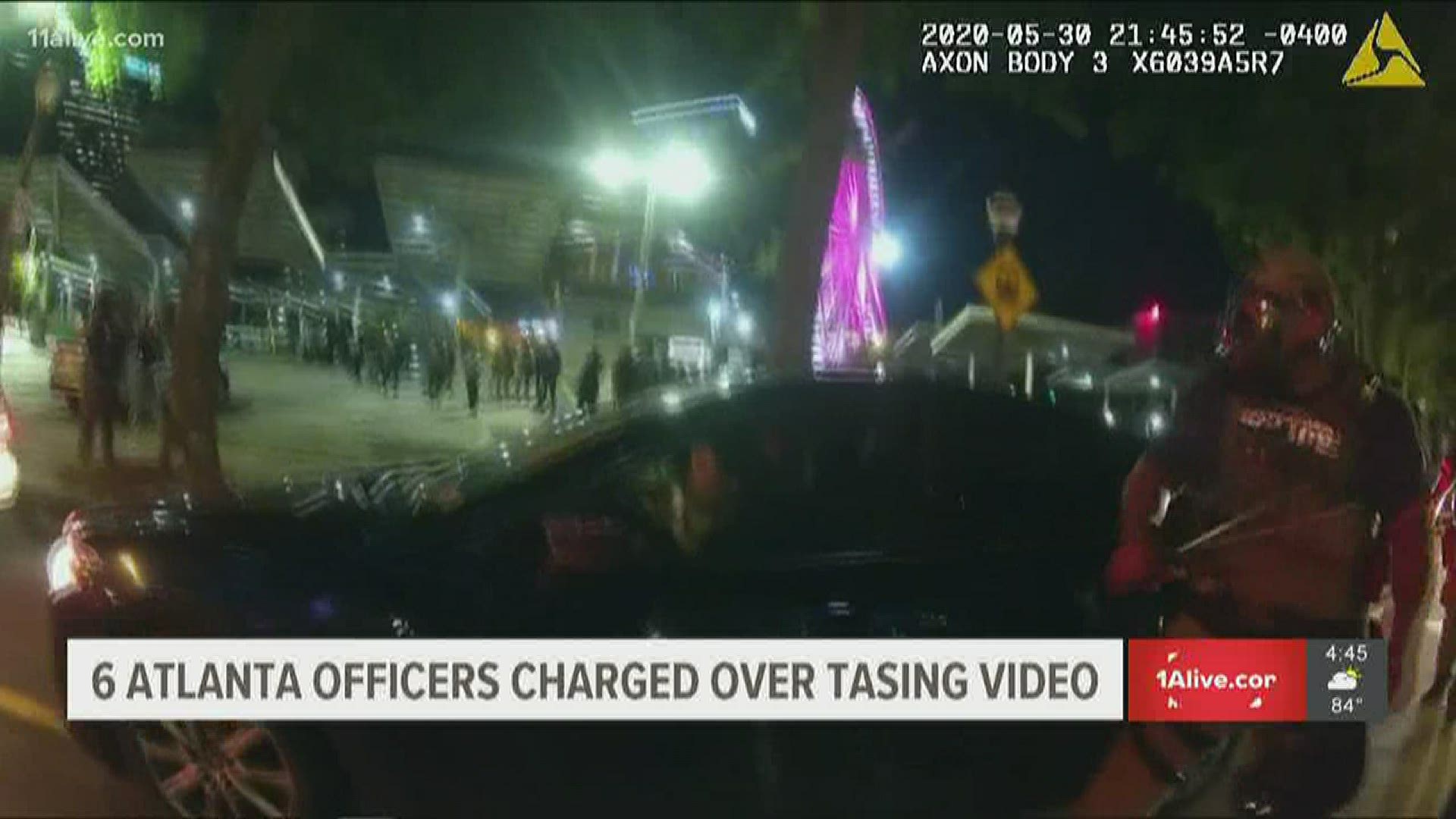 Lawyers say those students, Taniyah Pilgrim of Spelman College and Messiah Young of Morehouse College, have become victims of what started the protesting in the first place - the over-aggressive policing and profiling of black people.

The incident has served as a flashpoint in the protest movement locally, and elicited an apology from Atlanta Police Chief Erika Shields. Two officers, Mark Gardner and Ivory Streeter, have already been fired.

With the charges announced Tuesday, 11Alive obtained warrants that outline exactly how each officer is charged, and how a fellow Atlanta Police investigator characterized their actions.

MORE ON THE ATLANTA PROTESTS