To this day, Joey Watkins – 19 years old in 2000 – insists he was not the driver who pulled up in the dark alongside a pickup truck driven by 20-year-old Isaac Dawkins and opened fire. Could a podcast prove him right? 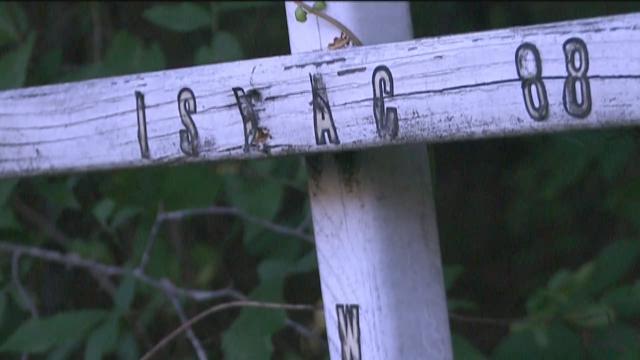 Two families – each living for years with the sorrow of losing a child.

One young man was lost to murder. The other - lost to a lifetime in prison for that murder.

This story, like all others, is ruled by time, distance and the laws of physics. Laws that are ironclad across the universe – and that would include Rome, Ga. Which means no one can ever, anywhere, be in two places at once. Those laws of physics are true now, just as they were true on the night of Jan. 11, 2000.

Photos: Evidence from the scene

Photos: Evidence from the scene

To this day, Joey Watkins – 19 years old in 2000 – insists he was not the driver on Hwy 27 in Rome, who pulled up in the dark alongside a pickup truck driven by 20-year-old Isaac Dawkins and opened fire, supposedly motivated by a jealous rage over a young woman. Dawkins was shot once in the head.

Isaac Dawkins died the next day, in the same Rome hospital where he was born.

“This person who did this just doesn’t know the depth of the pain,” Dawkins’s grieving father, Sammy Dawkins, said after the murder.

Sammy and Francine Dawkins were relieved when police arrested a suspect – Joey Watkins. And in 2001 a jury convicted Watkins. A judge sentenced him to life. Since then, Watkins has lost every single appeal.

But now, 17 years after the murder, investigators for a popular podcast have uncovered new evidence that they said could help prove that neither child – neither family – got justice.

“I’ve never heard a coherent version of this to explain how Joey did this murder,” said Susan Simpson, co-producer of “Undisclosed.”

Simpson has been digging into the case, and believes she and her producers have uncovered evidence of innocence that police, prosecutors and the courts missed.

“What’s different now is that the investigation’s led to new evidence,” she told 11Alive’s Jon Shirek.

Simpson and Attorney Clare Gilbert of the Georgia Innocence Project in Decatur said they have, for the first time, proof for the courts of juror misconduct, suppression of evidence favorable to the defense, and prosecutorial misconduct. All, very explosive allegations.

Speaking in the podcast, Joey Watkins is hopeful that the new details will be enough to earn him his freedom. “You know, I’m just praying somebody hears it and will help me.”

Gilbert said the new evidence is strong enough to have his conviction reversed, releasing him from prison.

MORE | Listen to the Undisclosed podcast

In the podcast, producers delve into cell phone evidence that shows that at the time of the murder, Joey Watkins was on the phone in another part of town and connected to a cell phone tower miles from the murder.

One scenario from the prosecution would have required Watkins to drive nearly 300 mph to pull off the murder, according to what the podcast reveals.

“Police conducted their own drive test with the cell phone records, using the towers, and were able to figure out that there was scientific proof, through the cell records, that Joey could not have committed this crime,” Gilbert said. “They failed to disclose that, or turn that over to the defense, and then argued the contrary to the jury in closing arguments.”

Simpson, herself an attorney, agrees.

“That cell phone evidence does show that Joey could not have been the murderer because Joey was on the wrong side of a couple ranges of mountains at the time the murder happened,” she said.

The podcast went back to talk with a key defense witness, Georgia Tech electrical engineering professor Paul Steffes – who pioneered the use of cellphone records in criminal cases. And Dr. Steffes said he is incredulous to this day that the prosecution told the jury that the cell phone evidence proved Watkins was guilty.

“In my 17 years of testifying on use of cellphone records… this is the only one that haunts me," Dr. Steffes said on the podcast. "The evidence is pretty clear…. There was no way that phone could have been at the scene of the crime.”

Through multiple hours of episodes, the podcast exhaustively attacks every detail of the prosecution’s case against Joey Watkins - even names other possible suspects - and argues that one last appeal will lead to justice for Watkins and Dawkins.

Tami Colston, the district attorney at the time of the trial, who is now a Superior Court judge, is not persuaded by the new possible evidence.

“I have no comment to this,” Judge Colston told 11Alive’s Jon Shirek. “I have not listened to the podcast, read anything about it, nor do I intend to. I will comment that it is the victim we should be memorializing, who was a fine, young man, with a fine family who suffers his loss every day.”

It will be months before the courts rule on the new evidence that came from a podcast that argues – out of at least two people who were in the same place at once that January night in 2000 – the laws of physics may only be able to confirm who one of them was…and wasn’t.