Puddles the Clown returns to 'America's Got Talent'

The local act went national back in 2017, when the Puddles the Clown won hearts and advanced all the way to the quarter finals. 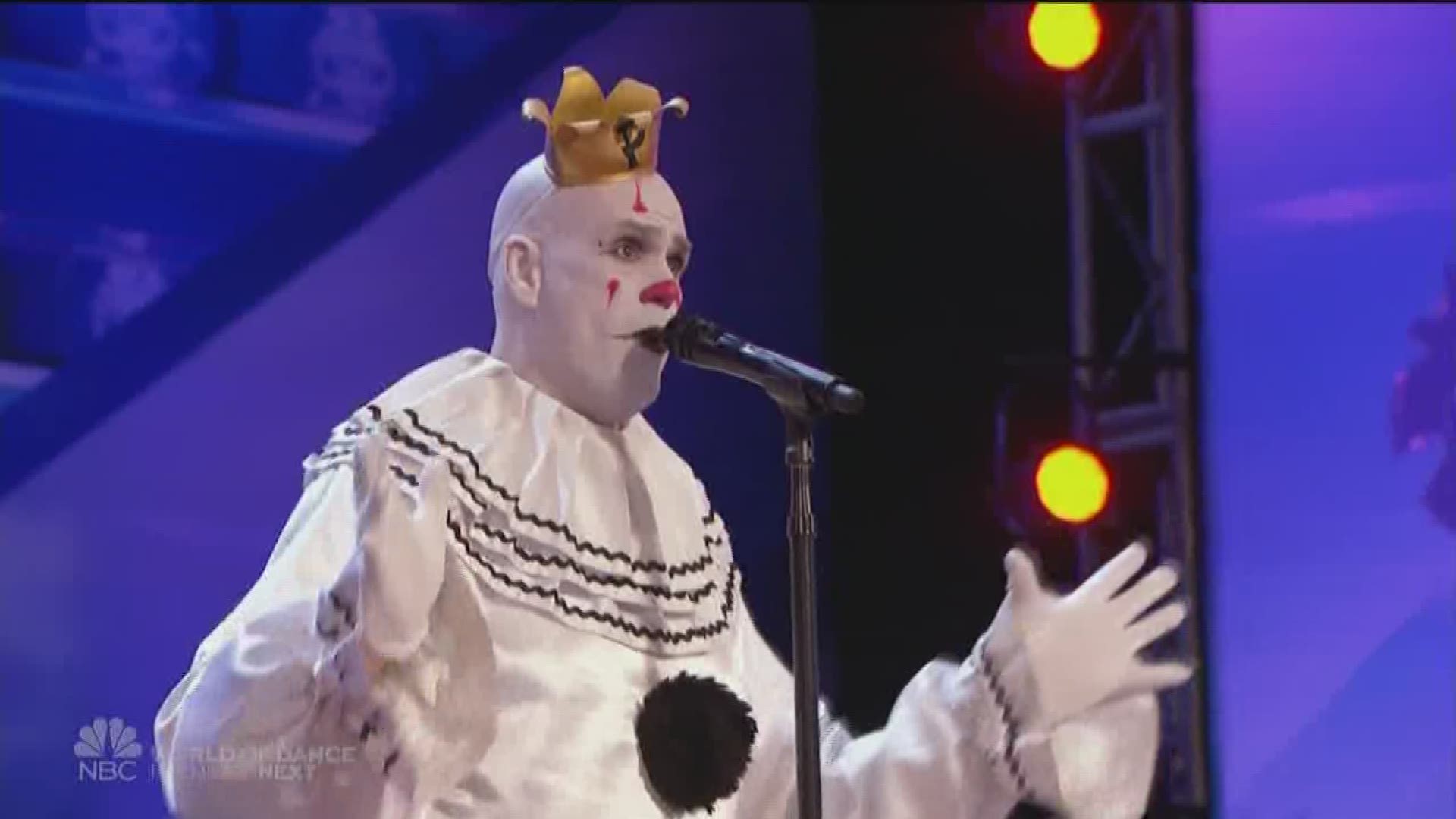 ATLANTA — The Atlanta singer known as "Puddles Pity Party" makes a return to "America’s Got Talent" Monday night, during the show's champions episodes.

The local act went national back in 2017, when the Puddles the Clown won hearts and advanced all the way to the quarter finals.

Now, he's back three years later to compete in "America's Got Talent: The Champions." The spinoff of the popular talent show pits contestants and previous winners from the franchises - both in and out of America - against each other for a chance to win a cash prize and the title of "World Champion."

RELATED: Who is Puddles?

When he appeared on "America's Got Talent" back then, he was an awkward presence, mute to the questions presented by judges, wearing oversized clown attire and matching makeup. Then his voice let loose, and the audience was floored by what it heard.

"When I saw that first performance he did, I cried," said Grant Henry, a longtime friend of the sad clown – whose onstage persona and costume frames the voice that Henry has heard for decades. "I think he’s now a national treasure."

Before he became a TV sensation, though, Puddles was an Atlanta guy who only dabbled in clown attire, performing under the name of Kingsized, led by a shaven-headed six-and-a-half-foot tall singer named Mike Geier. And more than a decade ago, Geier led an Atlanta novelty band called Greasepaint - whose members wore clown makeup and played rootsy/gothic rock.

RELATED: Puddles Pity Party: From an Atlanta fixture, to a national sensation

Greasepaint had a sadness all its own, but was no pity party. However, it was a clear forerunner of a singing clown and where Geier's voice met the look that now dares the audience to pity the singer.

But now that he's grabbed the attention, those in Atlanta who knew him first say he's here to stay: "I'm not over-exaggerating -- I think he's a national treasure," Henry said.

You can watch Puddles Pity Party compete during the second season of "America's Got Talent: The Champions" tonight at 8 p.m!

A Baby Yoda is watching over the BeltLine