Florida puppy survives being thrown off bridge, now up for adoption

The puppy is now named Queso, and the search is on for the good Samaritan who jumped in the water and rescued her. 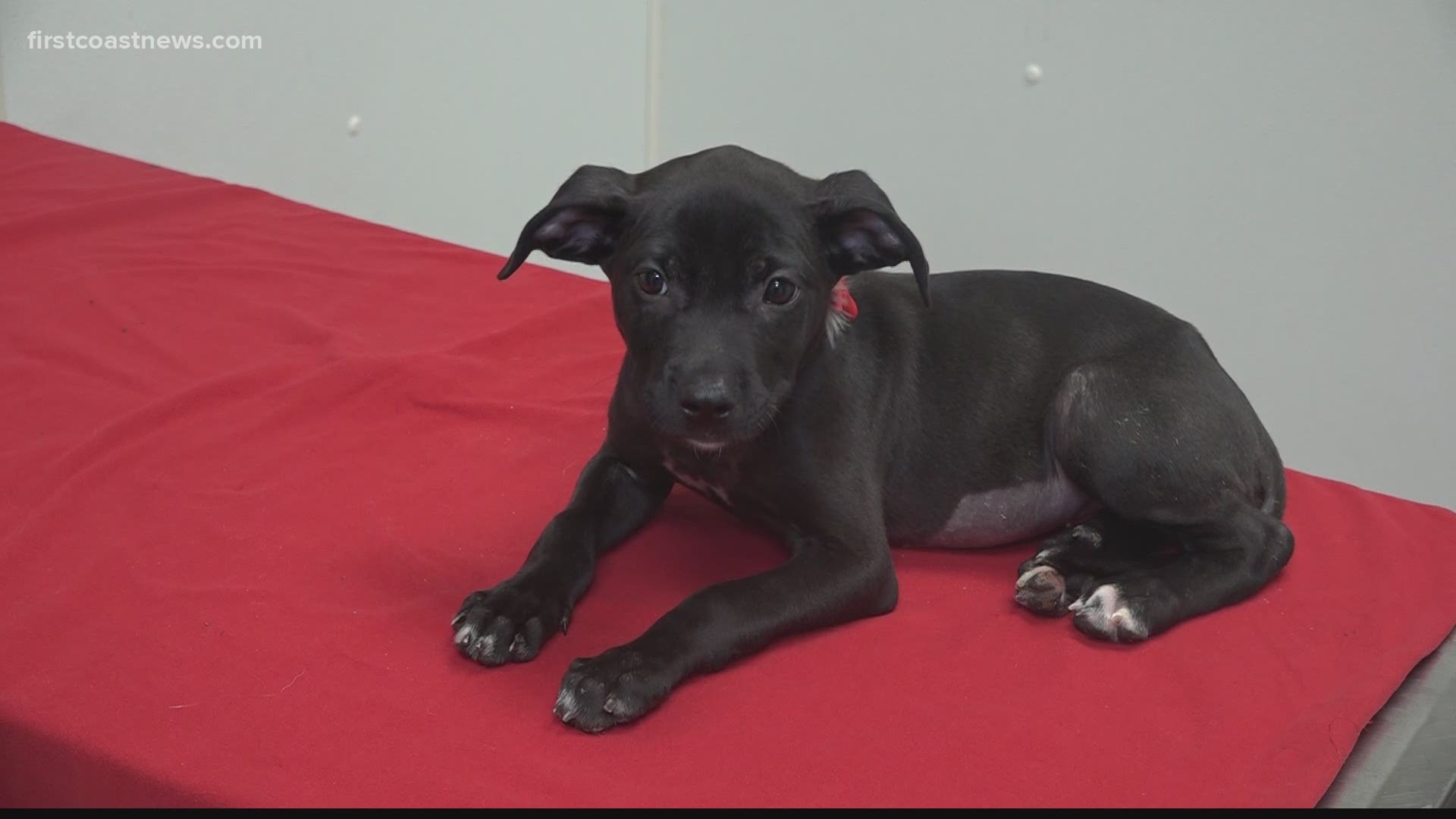 FERNANDINA BEACH, Fla. — A helpless animal survived a 20-foot fall from a bridge after someone intentionally threw her into the water. That's what those at Nassau County Animal Services believe happened to a puppy.

She's recovering, and the search is on for the good Samaritan who jumped into the water and saved her life.

Those at Nassau County Animal Services have seen it all.

Then they got a call from a woman around 5 p.m. last Thursday of a puppy thrown off the Blue Bridge on Route 17 at the Florida-Georgia line.

“She spoke with a gentleman there who was fishing," Maguire said. "He turned out to be the good Samaritan who went swimming and looking for the puppy.”

The puppy, now named Queso, is believed to be a 10-week-old terrier, and she miraculously survived.

“With the currents that go underneath that bridge and how small of a puppy it is, I’m surprised it made it," Maguire said.

Veterinarians at First Coast No More Homeless Pets spayed Queso Thursday. She'll be up for adoption when she recovers, so you can put in application if you want to give the sweet girl a forever home.

"We haven't had many people apply for her. They probably think she's already adopted," Maguire said. “There’s only a handful for her right now, so we’ll look through them, and whatever we think the best fit for her will be, is where she’ll be placed.”

You're asked to contact Nassau County Animal Services if you know who the man is who rescued Queso.

“We’d love to speak to him if he’s available to talk. We understand if he wants to remain anonymous, but it was a great thing he did. We appreciate it, and I’m sure the puppy does," Maguire said.

Nassau County Animal Services don't have any leads on who may have thrown Queso into the water. Anyone with information should give them a call at (904) 530-6150.

This is Queso, a #puppy recovering today at @fcnmhp. Nassau County Animal Services believes someone threw her off a bridge, & they're looking for the good Samaritan who saved her. I'll be have Queso's story at 5 & 6 on @FCN2go. pic.twitter.com/1vWvkod7U7