Among Georgia Democrats, no voting bloc is more coveted than African-American voters. 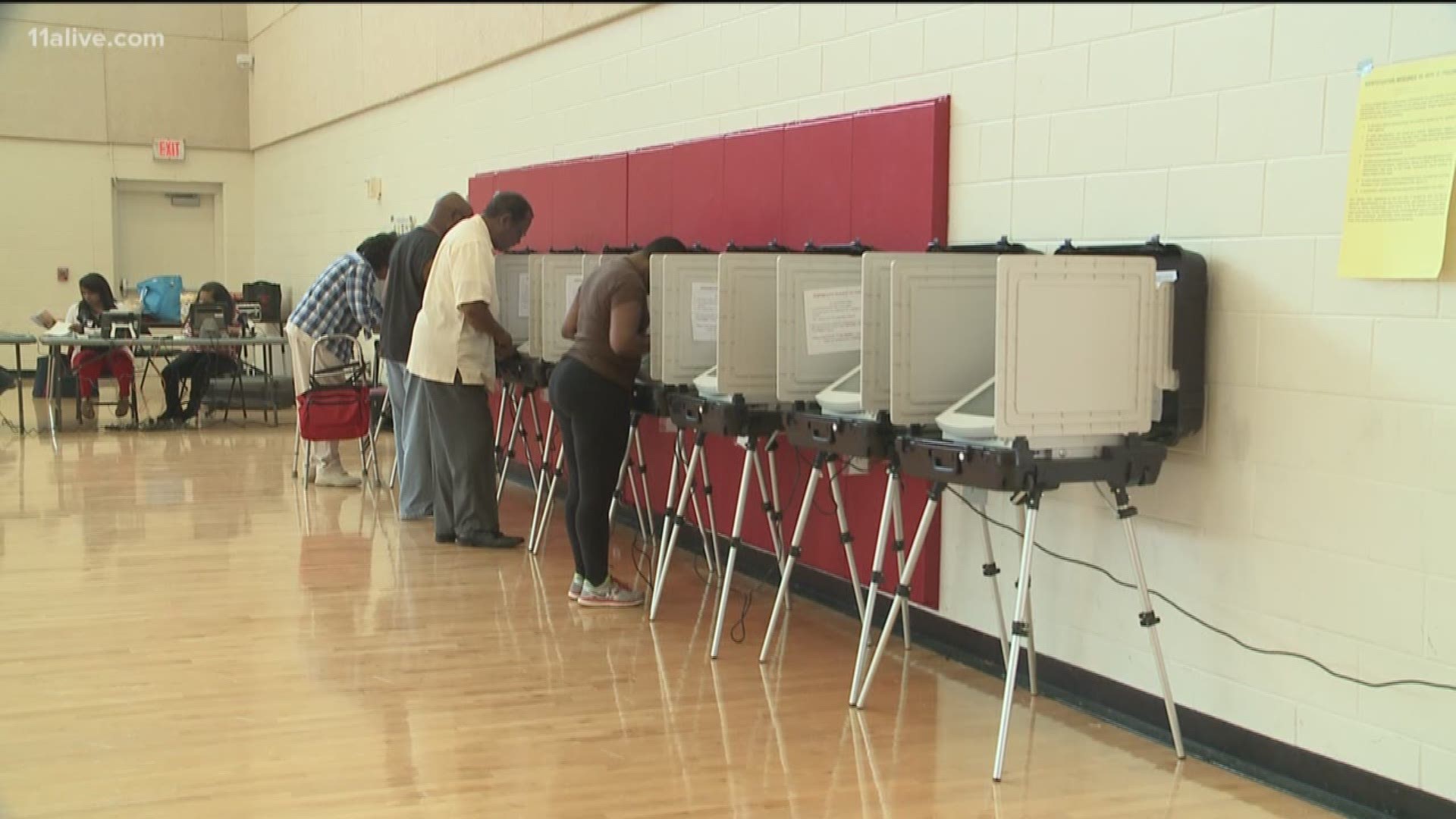 ATLANTA — Race crashed into the forefront of the Governor’s race Monday, as one Democrat accused the other of selling out black voters. The accusation came from the white Democrat, Stacey Evans, against her African-American opponent Stacey Abrams.

Among Georgia Democrats, no voting bloc is more coveted than African-American voters.

Monday, Evans said that Abrams, as the House Democratic leader, helped Republicans in a 2015 redistricting bill that ended up diluting the strength of black voters.

"For Stacey Abrams to collaborate with Republicans to deny African-Americans the right to vote is appalling," said former state Sen. Vincent Fort, an Evans backer.

The 2015 bill passed the Georgia House of Representatives unanimously. Fort says he and other Senate Democrats tried unsuccessfully to stop it in the Senate afterward.

Abrams released a statement from another Democratic legislator, Rep. Carolyn Hugley of Columbus, saying, “This is a sad and inaccurate recollection of the events that occurred… Prior to the vote no Democrats or any allies expressed anything objectionable regarding the maps.”

Evans also accused Abrams of gutting the HOPE scholarship, with the help of Republicans, during the 2011 session.

As enrollment and tuition costs at Georgia colleges soared, state legislators said they had to find a way to stretch Georgia’s HOPE scholarship. They raised the grade qualification from 3 to 3.7 and added a 1200 SAT score for students to get free tuition. Remaining students with a B average got 90 percent of tuition and nothing for books and fees. Pre-K programs kept a share of lottery proceeds.

For Abrams, that represented a win that saved HOPE from bankruptcy. But Evans views the reshaping of HOPE in much darker terms.

"We all know what happened in 2011. HOPE was gutted. And my opponent in the Democratic primary for governor helped Republicans do it," Evans said Monday.

“Abrams has led the way fighting for need-based aid in Georgia and is the only candidate with a comprehensive higher education plan that includes pathways for everyone,” an Abrams spokeswoman wrote in a statement.