Understanding the impacts of racial trauma

Racial trauma is a “distressed reaction of racially oppressed groups to harmful experiences and real or perceived acts of discrimination.” 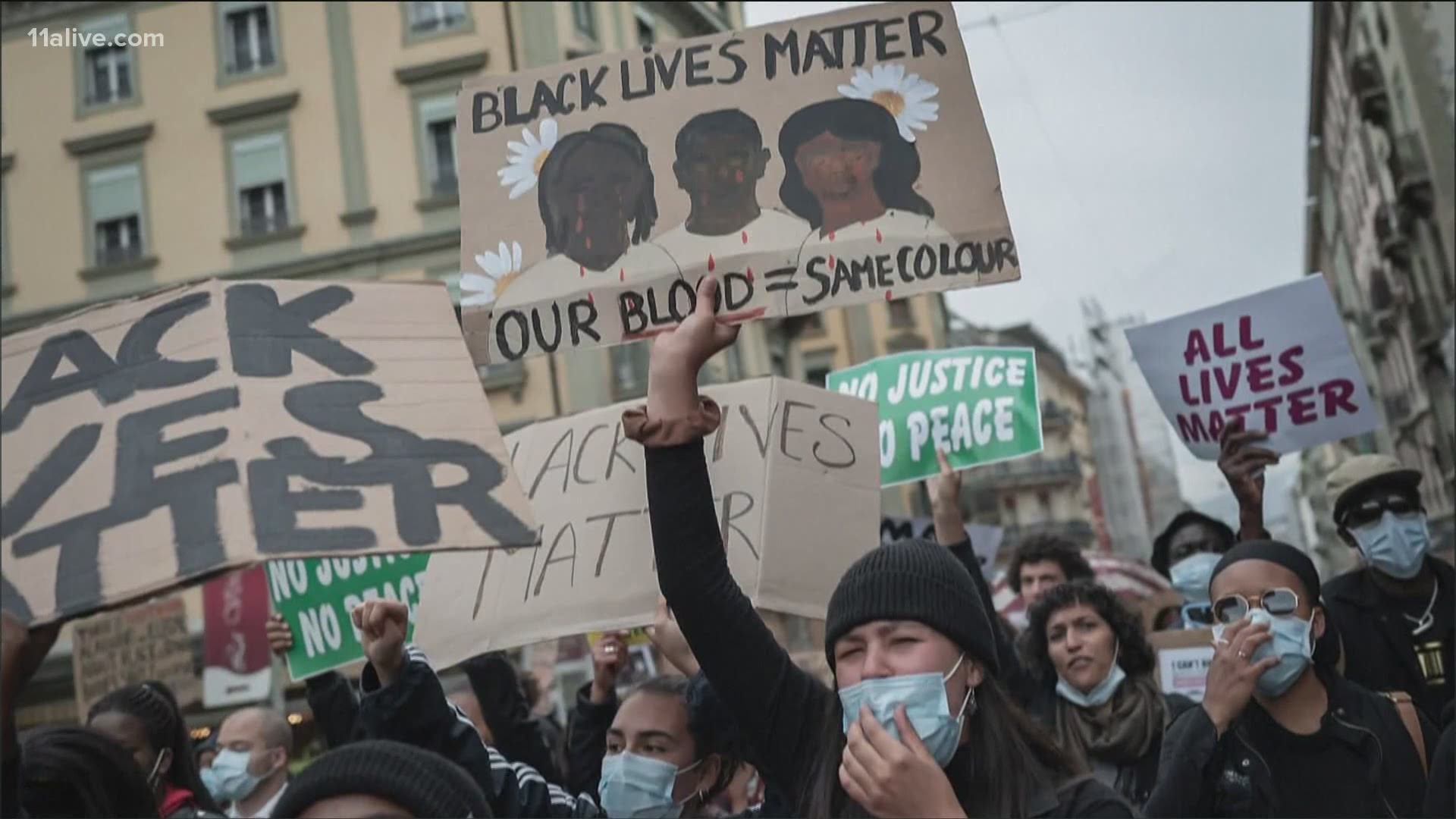 ATLANTA — The Derek Chauvin trial sparked conversations about justice for Black lives, the trend of killings of unarmed African Americans, and what healing looks like for Black communities.

As Atlanta nears the one year since the deadly shooting of Rayshard Brooks, 11Alive takes a broader look at racial trauma and its multi-generational factors.

From the families of Rayshard Brooks, Ahmaud Arbery, Jimmy Atchison, and Jamarion Robinson, their shared pain demands justice for their loved one.

Over the years, 11Alive has covered prayer vigils, funerals, and rallies with demonstrators pushing for justice, as Black men have died from officer-involved shootings. Each incident, on a local and national level, has reignited conversations about generational trauma, which are deeply woven into the fabric of American history.

During the press conference following the verdict in the Derek Chauvin trial, George Floyd’s bother made a comparison to Emmett Till's death, saying Till was the first George Floyd.

Beyond the 65 years separating their untimely deaths, both are an example of Black trauma showcased for the world to see.

Deborah Watts, a relative of Till, paralleled the pain of the past and today.

“I am exhausted like everyone else in this country. We know that in the reality of this world, it can happen anytime to any of us. How much can we endure, I don’t know,” Watts said.

After 14-year-old Till was lynched, his mother left the casket open, showing the world the brutality of racism. Decades later, the pain is amplified by the endless stream of violent videos.

Alston said the impact of racial trauma is similar to PTSD.

“It’s about giving people the permission to say it’s OK not to be OK. Now let’s honor your feelings and making sure you’re giving yourself what you need," Alston added.

She said turning tragedy into triumph is possible, if the healing process balances between building your resilience and knowing when you’ve reached your limit of resiliency.

“Understanding what you need in terms of your wellbeing are all super important," she added.

RELATED: 'This is a turning point' | Bernice King reflects on what lies ahead after guilty verdict in George Floyd case

Watts said racial trauma runs on a generational cycle, meaning that there were many Emmett Till’s before Emmett. Faces and names we don’t recognize, but a pain that lives on.

“Processing this kind of pain and the repetition of it, it’s difficult. People of faith find their ways forward, of relying on faith. We hope that our young people know that once tragedy hits, they have to keep moving, and move forward," Watts said.

Alston said moving forward means giving yourself grace, patience, and unplugging when necessary. Being part of a movement, doesn’t mean you can't have a moment to yourself.

RELATED: Atlanta officer, homeless man develop special bond, look out for one another