Moms Demand Action led the rally at the Decatur Square and they were also being supported by the Grammy Award-winning hometown folk duo the Indigo Girls. 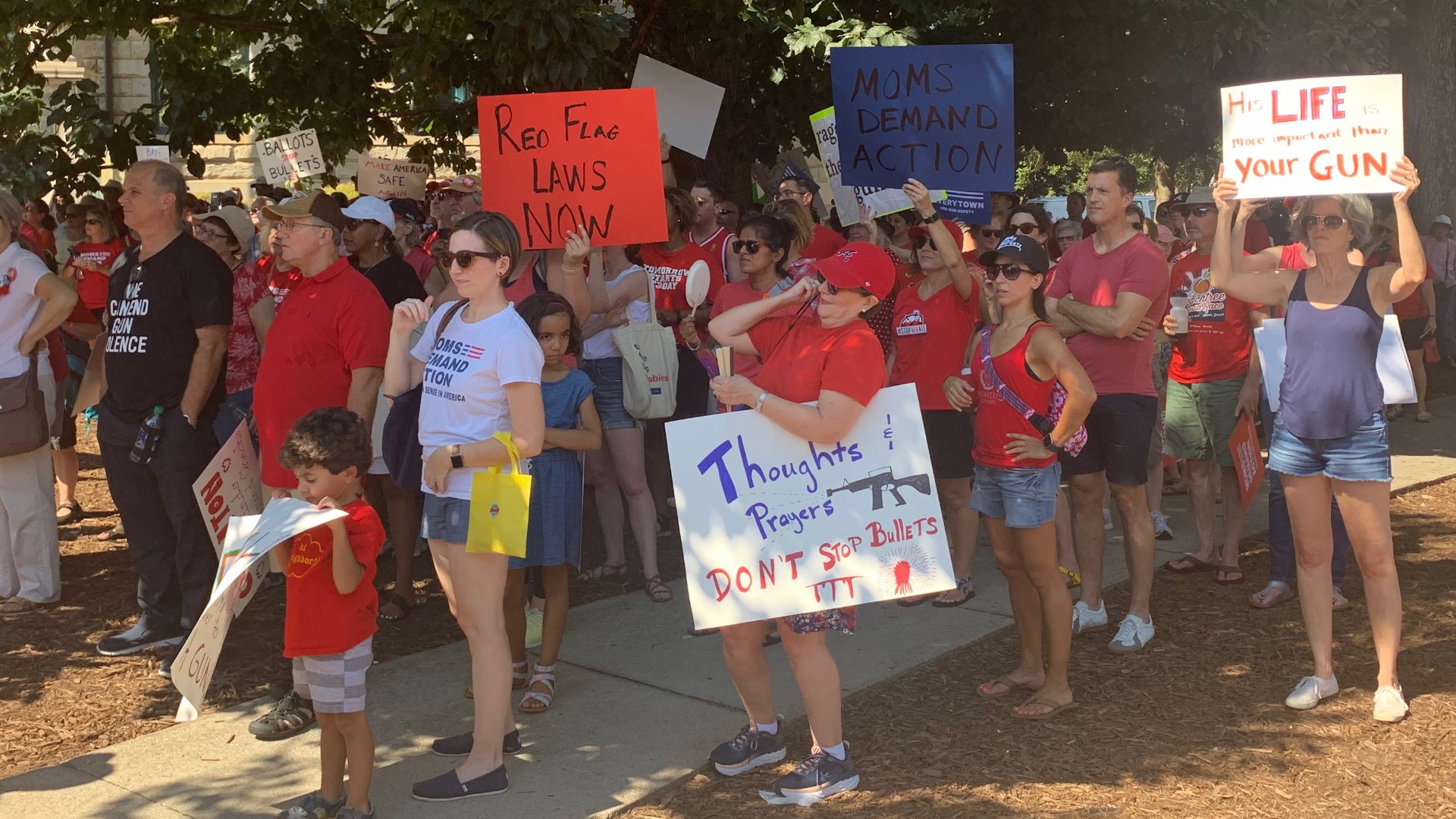 DECATUR, Ga. — It's simple. They've got one demand. They want to end gun violence.

Recess rallies were held across the country on Saturday hoping to get lawmakers to meet to talk about solutions rather than take the normal recess.

Moms Demand Action led the rally at the Decatur Square and they were also being supported by the Grammy Award-winning hometown folk duo the Indigo Girls.

It was one of more than 100 rallies planned across the country for this weekend. Moms Demand Action hosted them in almost every state.

The group says the "100 lives lost everyday due to gun violence" should be treated as a "public health epidemic." Moms Demand Action say they are a nonpartisan group that wants both sides to find a solution.

Page Rast, one of the organizers says it's just common sense.

"We’re not here to just rip people’s guns away, certainly not at all," Amy Ray of the Indigo Girls said. "I think it’s more like let’s get gun owners, hunters -- let’s get people that don’t have guns, let’s get everybody talking. What can we do?"

There were a few hundred people at the plaza, and after it was over, many left  to join other rallies around the metro.

There were a couple hecklers when a comment was made about Mitch McConnell -- but everyone else in attendance seemed supportive of the efforts today.