'A great day for Georgia and for our country' | Warnock, Ossoff take office 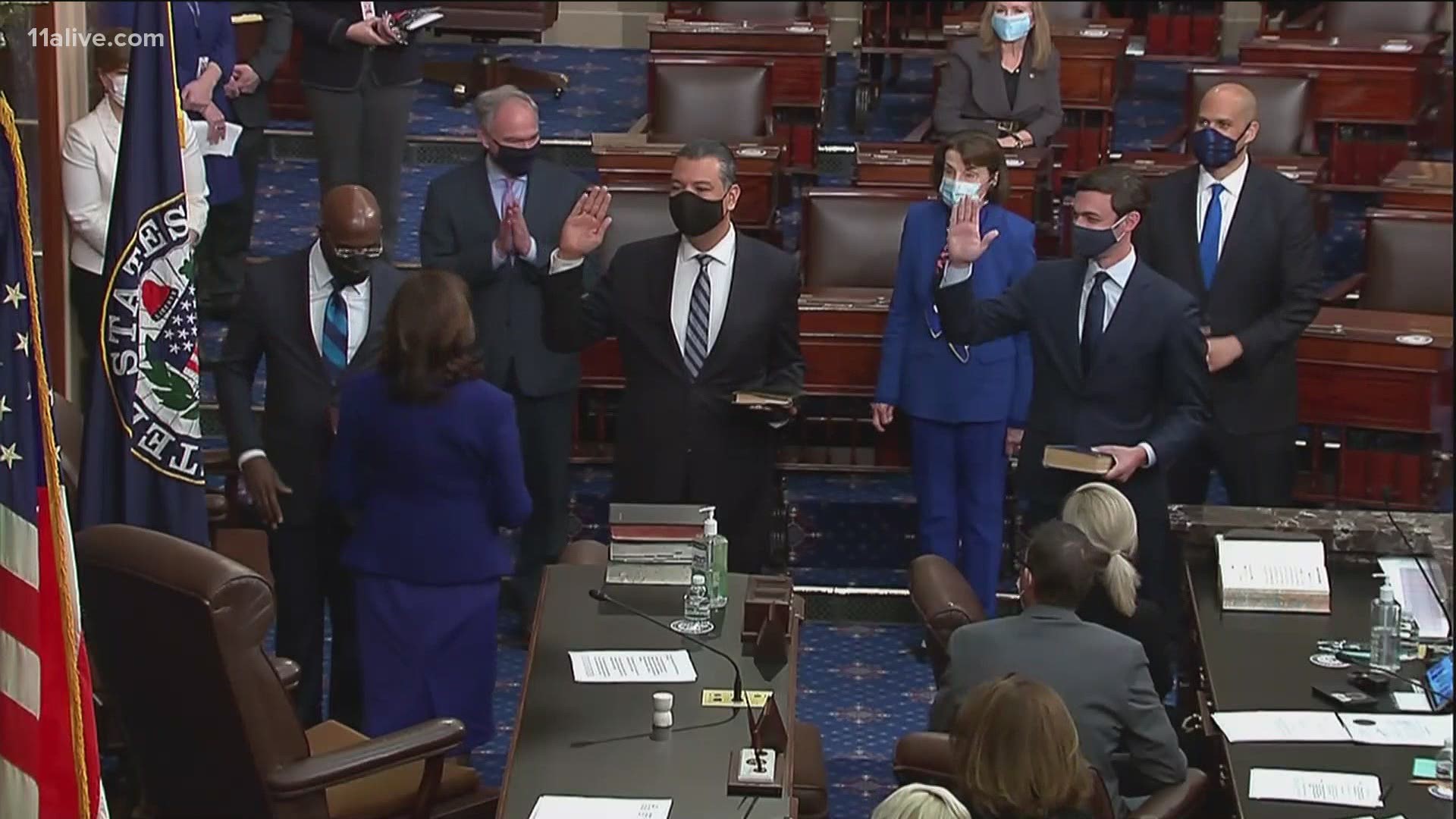 On Wednesday, Raphael Warnock and Jon Ossoff - along with appointed California Senator Alex Padilla - were sworn in by Vice President Kamala Harris on the Senate floor. Their swearing ins took place roughly 24 hours after Georgia certified their wins and the same day President Joe Biden was sworn in as the 46th President of the United States.

In a statement following the ceremony, Warnock, who becomes Georgia's first Black U.S. Senator, said the swearing in - layered with historic significance - is a "great day for Georgia and for our country."

"Today, my father, a veteran and son of south Georgia, would have been 104 years old. Today, our country’s first Black woman Vice President swore in his son, Georgia’s first Black United States Senator. That this is even possible is a testament to the promise of our democracy and the covenant we share with one another as Americans," Warnock said.

But he acknowledged that it's time for Congress to immediately get to work to address the many crises "brought into sharper focus by a once in a century pandemic."

“I’ve got my shoes on, and I’m ready to get work in the Senate on behalf of Georgians and our country," he said.

The arrival of Padilla, Warnock and Ossoff - the state's senior senator and first Jewish senator - gives Democrats the majority in the split 50-50 chamber, with Harris as a potential tie-breaking vote.

That's alongside Democratic control of the House and White House — unified government to tackle the new president’s agenda. But Republican leader Mitch McConnell is refusing to enter a power-sharing agreement with Senate Democrats unless they meet his demands. And Republicans are blocking Inauguration Day confirmation of Biden's Cabinet picks, though votes are still possible late Wednesday.

One Cabinet vote that did ultimately pass: the confirmation of Avril Haines as Director of National Intelligence. She was confirmed 84-10, with both Georgia Senators voted yes. The Senate has adjourned until noon Thursday.

Re-watch the moment the two senators took their oaths below.