The officer who fired his weapon faces a felony murder charge in the death of Brooks. 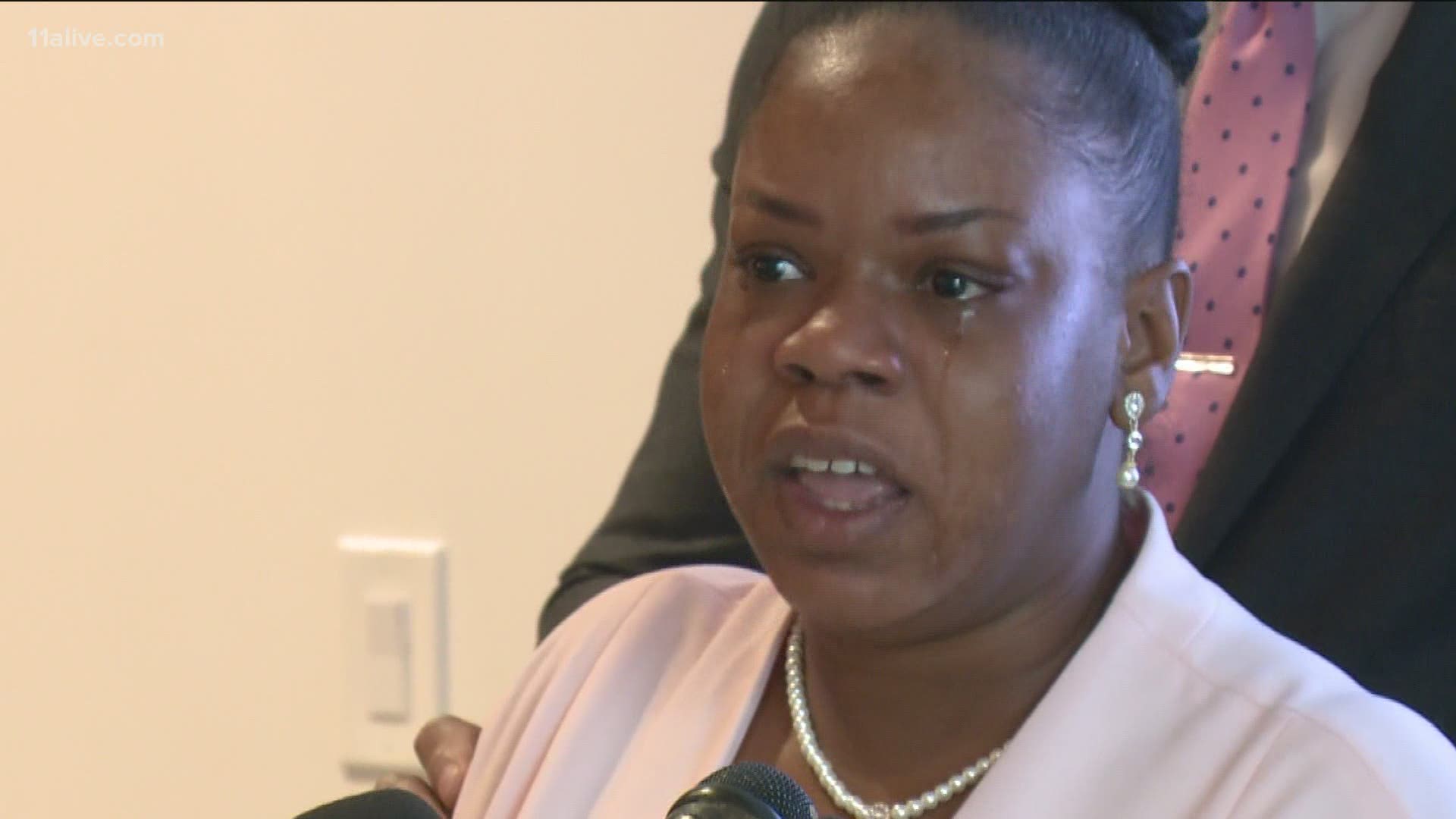 ATLANTA — About an hour after learning charges would be filed against both Atlanta police officers in the death of Rayshard Brooks, his widow and the family attorneys said this is not a victory. They want to see a conviction.

"This is not the finish line. This is the starting point," attorney Justin Miller said. "Yes, we appreciate and we condemn the DA for charging these officers appropriately. But that's just step one. Step two is convictions on all charges."

"This isn’t like a celebration or victory lap of watching these officers get charged. Nobody’s happy. Nobody is celebrating because it never should have happened," Stewart said.

But with the new revelations, including the fact that one officer kicked Brooks, and another stepped on his shoulder after he was shot and fighting for his life, "I implore you to look into your heart and have some empathy for another human being."

RELATED: Rayshard Brooks was kicked, stepped on by officers as he was on the ground dying, DA says

Brooks' widow, Tomika Miller thanked the public and said she hopes that things fall into place. She said she was hurt when she heard that Brooks was kicked while on the ground by the officer.

"I felt everything he felt just by hearing it. What he went through. It hurt. It hurts really bad," she said.

Stewart said they aren't going to play the rhetoric game that "all officers are great. "

"No. We've seen what has happened. It's the same assumption that we don't want officers making about Black people. That all people are from the ghetto. That our people are hood. That all of us are up to no good. That you need to search every young Black male that you see," he said.

He said all the political arguments about policing are not starting with step one: How do we actually fix this?

They added that they urge the public to keep doing what they are doing: continue fighting, keeping Brooks' name alive - positively - and supporting the family.