In the interview, he described the impact going through the criminal justice system had on his life, especially his family. 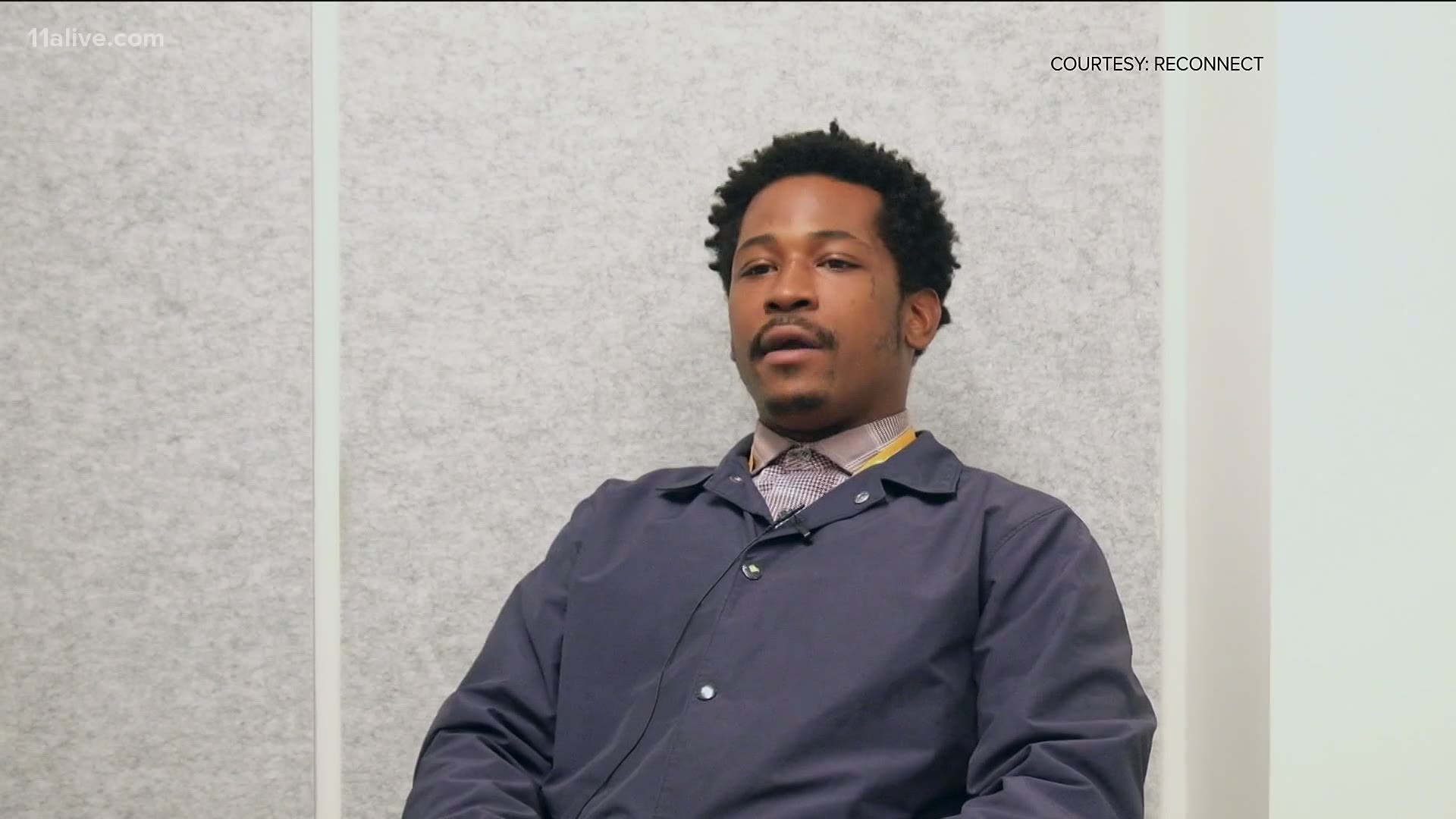 ATLANTA — In his own words, Rayshard Brooks admitted that he made mistakes in his life. He said he knew he was not perfect, but according to a February conversation, one that would be one of his last, he believed he was trying to make amends.

The interview with Brooks was shared by Reconnect, an organization that says its mission is to "revolutionize the criminal justice industry" by providing technology that allows courts to monitor participants with "less manpower at a lower cost."

The start-up company based out of Maine, put out an ad back in February looking for people on probation or parole who were willing to share their story on the struggles living within the criminal justice system in the America. Among those who responded was Rayshard Brooks.

Brooks, who was shot and killed Friday, June 12 during an encounter with police in the parking lot of a Wendy's restaurant on University Avenue, was on probation stemming from August 2014 domestic-related charges in Clayton County. Documents show he was convicted under a negotiated plea and sentenced to serve one year in jail with the remainder of the sentence to be served on probation. He got dinged twice for violating probation, but in his interview said he was doing his best to live a life after incarceration and simply provide for his family.

"A lot of things that just caused me to be behind, but here, yeah, I'm trying. You know, I'm not the type of person that give up," Brooks said. "I will keep going until I make it to where I want to be."

In the interview, Brooks described the impact going through the criminal justice system had on his life, especially his family, and how it created roadblocks for earning a steady living.

"I've always been the type of person to, you know, if you do something things that's wrong, you pay your debts to society, and that's the bottom line. I just feel like some of the system could, you know, look at us as individuals. We do have lives, you know. Just a mistake we made, you know, and not just do us as if we are animals," he described.

RELATED: Cousin of Rayshard Brooks: 'I thought this city was better than that'

Brooks said there would be times when employment options were limited because of the ankle monitor, or because of his history.

"With the monitor, you know, some people by being arrested, it's causing us to fall behind on jobs. ... we're going out to provide for our families, and it's making us fall behind," he said.

"You got to filling out your application, and you get to this question, 'have you ever been convicted of a crime, or have you ever been arrested?' You know, you're sitting there like, 'oh, my God,' you know, 'I hope this doesn't hinder me from getting this job," he added. "Then you finish up the application and you have some employers that come back to you, 'Well, Mr. Brooks, unfortunately, we can't hire you due to the fact that you've been incarcerated or you've been arrested for this and that, and that just breaks your heart."

But Brooks said the impact is most felt by his family, including his wife and kids.

Reconnect said when it found out that Brooks was killed in the Friday incident, it was shocked, but wanted to share the interview to help shed some light onto who he was.

"This man came to us with a smile that stretched from ear to ear, jumping at the chance to tell us about his experience with the justice system. This man recognized the ways that the system had created barriers for him, but was trying to figure out how to move through those barriers. This man talked about how he was working to earn back the trust of his little girls after he’d spent a year away from them, locked in jail. This man talked about the imperfection of the human condition and had the persistence to keep going, to keep trying to walk down the right path and do the right things," the company's CEO Sam Hotchkiss wrote.

Hotchkiss wrote that they wanted to share Brooks' interview in the hopes that his legacy can be a "sea change" in the the status quo.