'All he wanted to do,' his cousin said, 'was smile, crack jokes, dance a little bit - and live.' 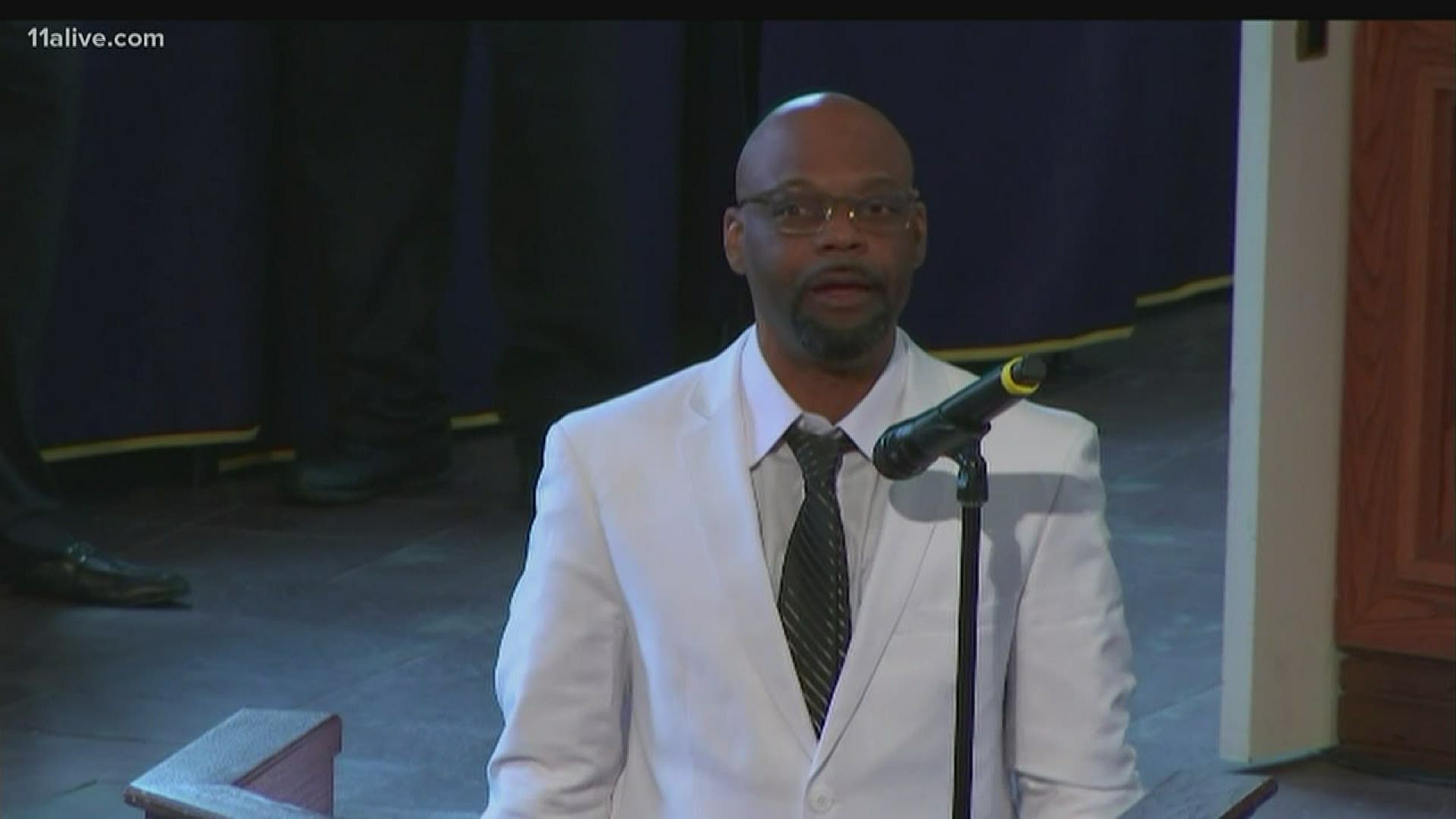 "All he wanted to do," his cousin said, "was smile, crack jokes, dance a little bit - and live."

Those who loved Brooks and who spoke on behalf of his family at the funeral emphasized that aspect of him - as someone full of life, with an infectious spirit.

"This young man that everybody is talking about was uniquely different to us, his family members," Jymaco Brooks said. "You couldn't stay mad at him for five minutes because he would do something stupid to make you laugh."

A young woman who identified herself as the daughter of Gabriel Brooks and called Rayshard her uncle, said he stood for love.

"Let my uncle's death make us better people. Let's love one another and fight for everyone's rights," she said.

Both also touched on the circumstances that brought them to the historic Ebenezer Baptist Church on Tuesday.

Brooks was shot and killed on June 12 by an Atlanta officer as he ran with the officer's taser following a suspected DUI stop. The killing set off a wave of anguish in the city. Body cam video showing it unfolded suddenly as officers tried to arrest the father of four after what had appeared to have been a largely calm and cordial interaction.

"It's disheartening to know once you step foot out your door, you might not return home to your family and friends," the young woman said.

Jymaco Brooks evoked the struggle for equality, saying that Black people should be able to leave a restaurant and "not be afraid to come outside and say, 'Oh no, that's a white police officer.'"

Concluding his remarks, Jymaco Brooks offered a simple thanks for the time he got to have with Rayshard: "to my God almighty, thank you for my cousin for a little while."