Brooks was remembered at his funeral Tuesday by those who loved him as a bright personality and full of spirit. 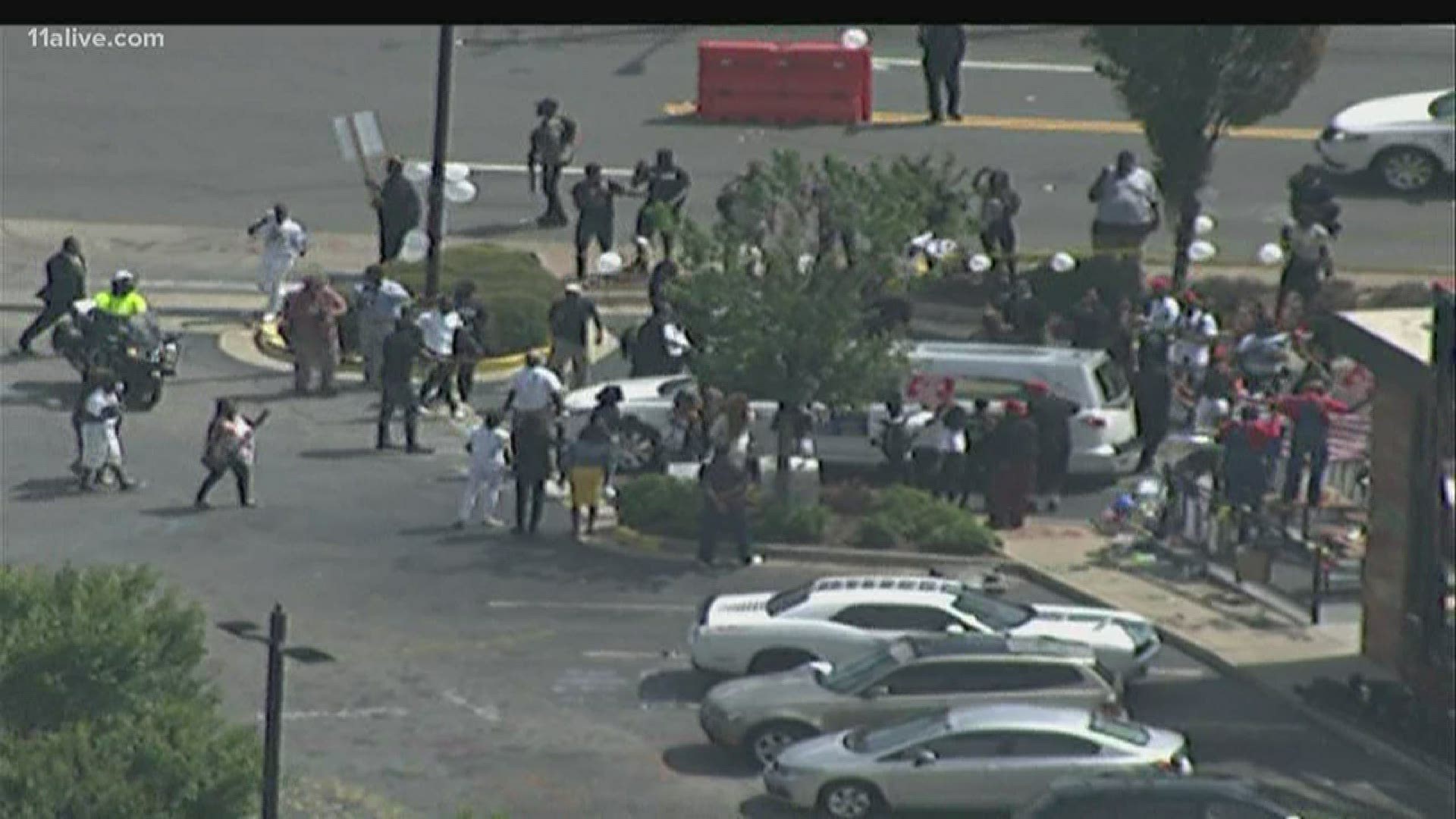 ATLANTA — Following the funeral for Rayshard Brooks on Tuesday, a procession left the Ebenezer Baptist Church and eventually made its way to the Wendy's where he was killed on June 12 by an Atlanta officer.

Video from 11Alive's SkyTracker showed some of the limos in the procession driving past, while two vehicles circled the burned-out building as a number of onlookers gathered and appeared to express support.

The funeral Tuesday brought together Brooks' family, friends and Atlanta leaders such as Mayor Keisha Lance Bottoms, Rep. John Lewis and Bernice King. He was remembered by those who loved him as a bright personality, full of spirit.

Brooks was shot and killed as he ran with an officer's taser following a suspected DUI stop in the Wendy's parking. The killing set off a wave of anguish in the city, body cam video showing it unfolded suddenly as officers tried to arrest the father of four after what had appeared to have been a largely calm and cordial interaction.

"It's disheartening to know once you step foot out your door, you might not return home to your family and friends," a young family friend said during Brooks' funeral.

The Wendy's was burned the night following Brooks' death during protests, and had been the site of demonstrations days following the shooting.

11Alive's Kaitlyn Ross reported Monday on a group that has effectively taken over the burned-out property, and the site was the scene of two separate individual shootings over the weekend.