The recording was made just days after Cagle finished first in the Republican primary. 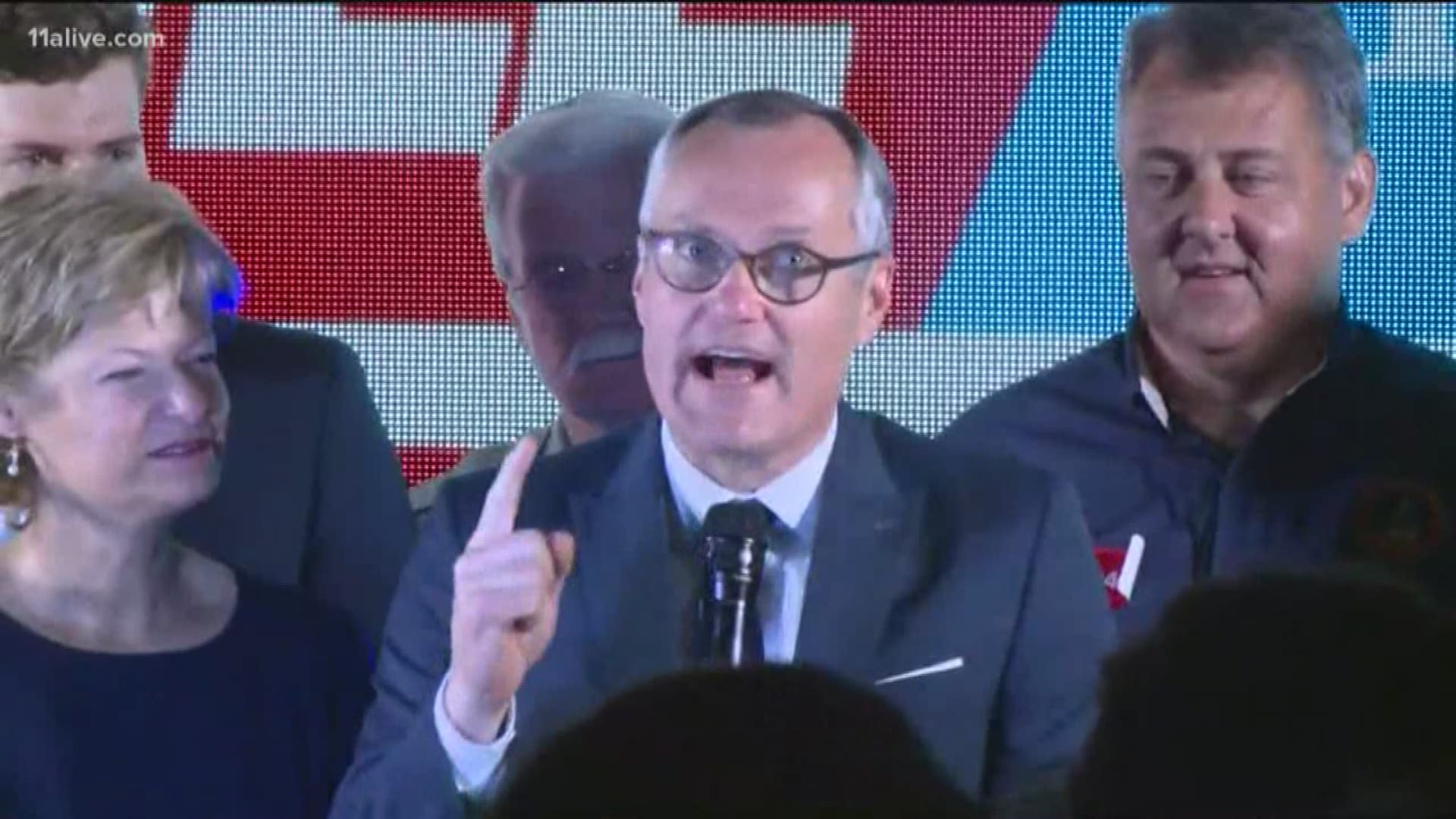 ATLANTA -- Casey Cagle helped pass a bill that he’d previously opposed solely because it would help him win the governor’s office. That’s the description Cagle himself gives in a secret recording made last month, obtained Friday by 11alive news. In the recording, Cagle says repeatedly it was about politics and not policy.

“It ain’t about public policy,” Cagle is heard saying in the recording. “It’s about (expletive) politics.”

The recording was made just days after Cagle finished first in the Republican primary. Clay Tippins had lost. He met with Cagle and secretly recorded their conversation.

“I decided it was important to me at least to provide a window into Casey Cagle’s character,” Tippins told 11Alive News.

Tippins asked Cagle about a bill that Cagle backed in the senate, providing tax credits for private schools. Cagle had opposed previous versions of the bill.

“Every year, every year I killed that bill,” Cagle is heard saying on tape. “We beat it to a pulp.”

But this year, it passed with Cagle’s support.

Tippins heard Cagle say he backed the bill to steer campaign money away from Hunter Hill, another candidate for governor.

“He said listen to me carefully. ‘This was about politics it’s not about policy. That was a bad policy. I did this because Hunter Hill was going to get three million dollars. I couldn’t let that happen,’” Tippins said.

The donors “were going to back Hunter. The deal had already been done,” Cagle said in the recording. “He ran out of money in his own campaign. You know, because he had nothing to spend at the last – down to the finish line. But if he had $3 million behind him, against me?” Cagle asked.

Asked in an interview if it was appropriate to talk about campaign contributions while discussing his motives behind the bill, Cagle said “I think obviously – the rumors, the innuendos, the political process that is out there, that he wanted to discuss, that was the dialogue we were engaging in and it was not specific in nature,” Cagle said, bypassing the fact that Tippins had asked Cagle about a specific bill.

Cagle says the conversation was honest and that he didn’t expect Tippins to secretly record it. “The political process sometimes, I will admit, is ugly,” Cagle said.