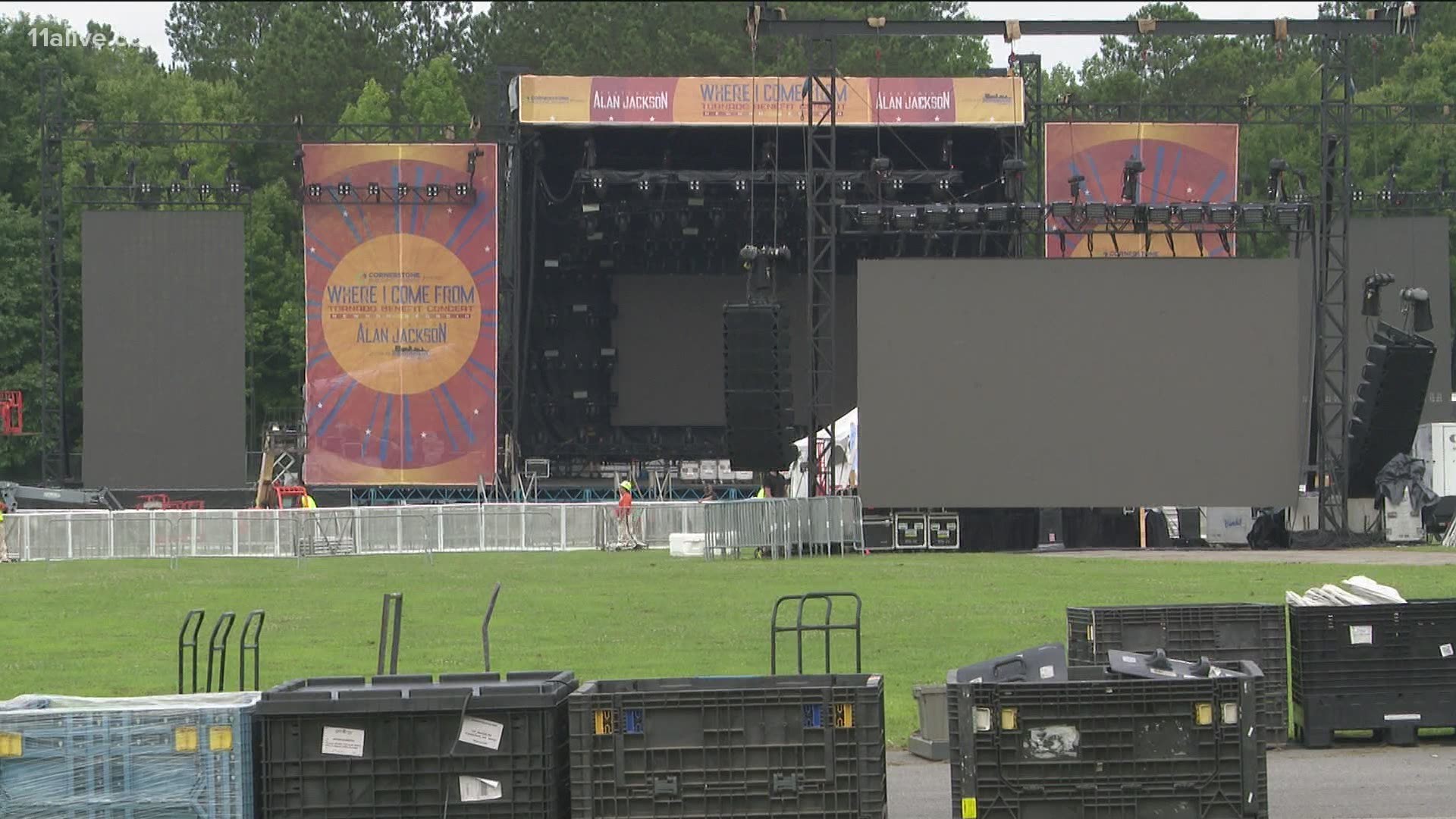 ATLANTA — Today marks three months since a deadly tornado ripped through Coweta County damaging hundreds of homes. As the community continues to recover, they're preparing to welcome their hometown icon, Alan Jackson.

“We still have a tremendous amount of work ahead of us. We really are just starting the long-term recovery part of it," emergency management director Michael Terrell said. "We’re working with our local community organizations as much as we can, and the concert is going to benefit us locally."

Officials estimate it will take another two to five years and several million dollars to fully restore the community. While the Coweta Community Foundation has raised just over a half-million, they're hoping that Alan Jackson's tornado relief concert will get them even closer to their goal.

“Right now, a lot of people are in that place of uncertainty," foundation director Kristin Webb said. "I think the concert is really coming out a perfect time to restore some of that hope. When many people are feeling that despair right now."

The country music star announced the benefit concert in May noting that he met his wife in the city of Newnan. The concert sold out within hours, and organizers said they are expecting several thousand attendees on Saturday, marking the biggest event the county has seen since prior to the pandemic.

All of the funds raised will go directly back to the Coweta Community Foundation. Other artists in the lineup include Chris Young and Kaylee Hammock.

Organizers said gates open at noon on Saturday and parking passes are required.

"The main thing that we need people to know is that you can’t enter Pine Road. It’s closed to anyone except those with a parking pass for this area, or those being dropped by Uber or Lyft," says Patricia Palmer, director of Community and Human Resources for Coweta County.

Palmer added that Highway 29 will be the best way to get to the event and that attendees can receive parking updates by texting concert2021 to 67283.

For those that missed out on nabbing a ticket, Alan Jackson's team will be live streaming the concert via Facebook. Donations can be made online as well.