We know plastic bags and pizza boxes are a recycling taboo.  Now there’s another one to add to the list of no, no’s.  Glass. Several trash haulers have started sending letters to customers, telling them to stop putting glass in their recycling bins. 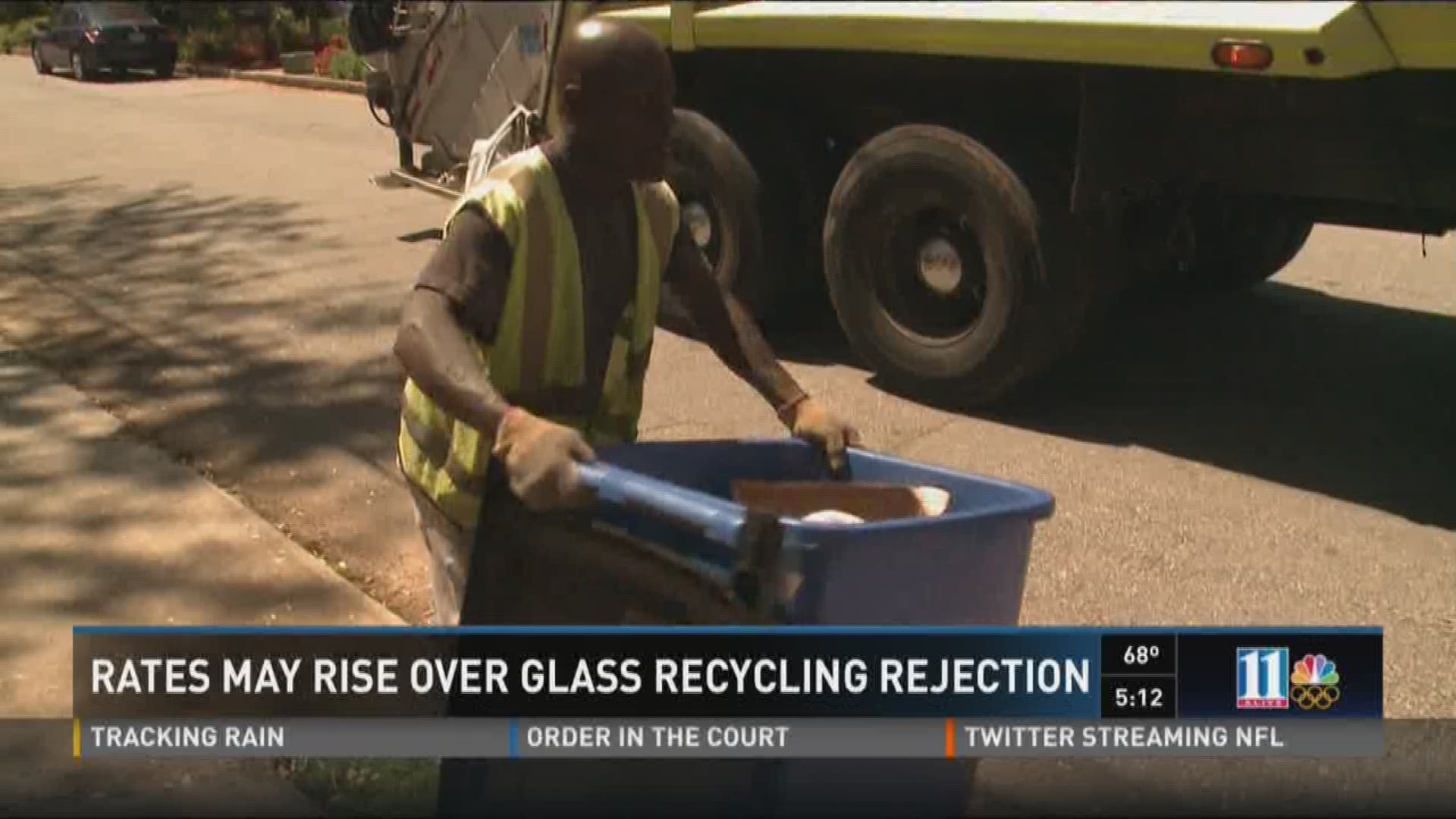 We know plastic bags and pizza boxes are a recycling taboo. Now there’s another one to add to the list of no, no’s. Glass.

Several trash haulers have started sending letters to customers, telling them to stop putting glass in their recycling bins.

The single stream bins were designed to make it easier for customers, allowing them to dump all of their recyclables in one spot. But apparently the broken glass that’s getting mixed in with the paper and cardboard is messing up the sorting process. It also breaks their equipment and poses a danger for workers. Given the limited demand for glass, they say it’s just not worth it.

Trash haulers like Custom Disposal say if they have nowhere close to take it, they can’t pick it up.

There are processing centers that will still take glass, but if they’re located a significant distance from the community where the glass originates, hauler says it costs too much in gas and time to get it there.

In a letter to residents in part of Cobb County, WestRock told customers, “Effective July 1, 2016 WestRock will grade and inspect individual loads of single stream recyclables. Loads that contain mixed glass are subject to rejection and/or additional fees including costs to remove non-acceptable material from our facility.”

Trash haulers say it might sound harsh, but that’s exactly what will happen to them if they show up with glass in the mix. They say processors now are already threatening to send entire trucks of paper, cardboard and plastic to the landfill because there’s also glass in the mix.

Decatur is giving its residents a chance to figure out how to handle the problem. The city’s contract with it’s hauler goes until the end of June. After that, it will no longer accept glass either.

In Decatur, recycling is good for the environment, and for the wallet. That’s because residents pay for their trash by the bag, an incentive intentionally created to keep anything recyclable out.

But it means that if glass can’t go in the recycling, it will have to go in the trash, increasing costs. Assistant City Manager David Junger says the other options are to create glass drop off points or another curbside route to pick up just glass. Both of those ideas though, will also come with significant additional costs.

Junger says Decatur collects about 200 tons of recycling material each month. Forty tons of that is from glass.

Atlanta Council woman Carla Smith says its one reason she helped create CHARM, the Center for Hard to Recycle Materials.

While Atlanta does, and plans to continue collecting glass as part of its curbside service, the recycling center can help take out the middle man, by giving families a place to bring their glass.

Processors say unlike many of those other materials, glass is non-toxic. It is made of sand, limestone and ash so there’s no problem putting it the landfill. Smith says that view is short sighted.

“Glass is never going to biodegrade. It’s just not going to. It will crush. And it takes up space. Even though it crunches it still takes up the space in the landfill.”

As communities grow, she fears our grandchildren will be forced to live next to our trash because we threw so much away.

“It’s a matter of trying to figure out kind of a cost benefit analysis to it. As well as what ultimately is the right thing to do. That’s where our community has stepped up. It’s not always about the bottom line,” said Junger.

Advance Custom Disposal says the following communities have been notified of the change:

Custom Disposal and WestRock sent their notices to customers in unincorporated areas of Cobb County.