Officer Breann Leath was killed in April while answering a domestic violence call. 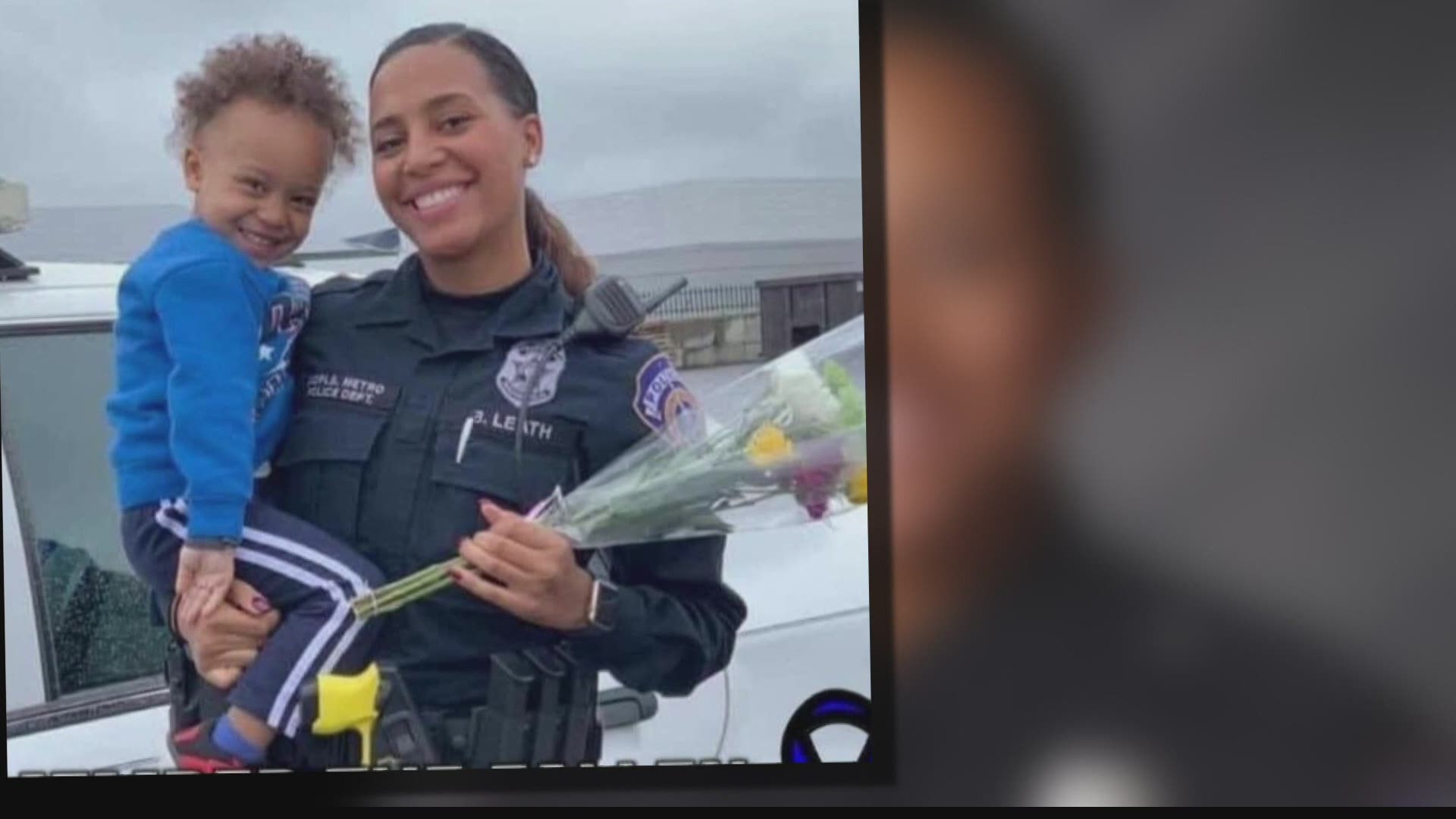 Earlier this year, Indianapolis suffered a terrible loss with the passing of IMPD Officer Breann Leath.

Leath was a mother and just 24 years old when she was killed April 9. For her parents, the loss still feels like yesterday.

“It’s been rough, really. I am just looking forward to the days that her memories don’t hurt,” said Jennifer Leath, Breann’s mother.

Since she was young, Breann wanted to be a police officer like her father, and she got to live out her dream.

Thursday would have been her 25th birthday. Her family and friends went to Benihana, her favorite restaurant, to celebrate her life.

“I think the first of everything is going to be really hard for us,” Jennifer said. “We had a cake and sang happy birthday to her and just had a good time. We needed to laugh and do something fun.”

On her birthday, IMPD North District made a touching post on Facebook asking people to "keep her son and family in your thoughts today."

The post goes on to say how much the department misses her and asks everyone, in honor of Officer Leath, to do something kind for others today and every day.