Remembering 9/11 in Georgia, and across the country

Roswell High School also honored first responders in a special way. Dozens of flags were set in front of the school’s campus to honor the lives lost on Sept. 11. 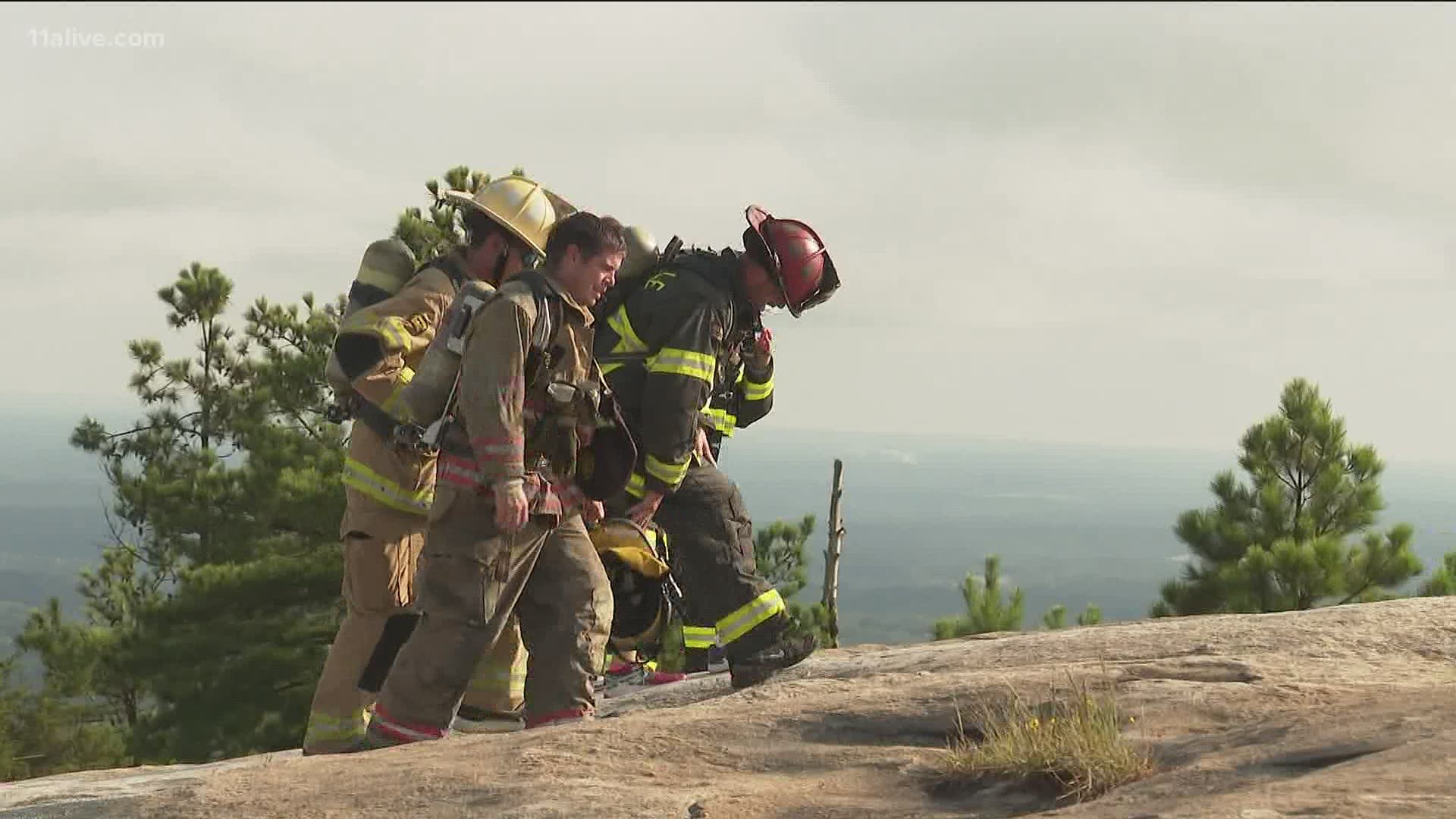 Americans paused to remember those we lost 19 years ago today during the September 11 terrorist attacks.

We took a look at the ceremonies across the country, and in Georgia.
People gathered in New York City at the September 11 Memorial Plaza to remember the nearly 3,000 people who lost their lives.

Later in the evening, double beams of light were turned on at the site to honor all who died when the Twin Towers collapsed.

President Trump was in Shanksville, Pennsylvania where the passengers of flight 93 brought the plane down so it could not reach the capitol.

This year's ceremony was shorter and closed to the public because of the pandemic.

The small crowd paused for a moment of silence and the names of the passengers and crew of Flight 93 were read.

9/11 is now part of the story of first responders all over the country. It's why firefighters from the City of Fayetteville Fire Department made the hour drive to Stone Mountain Park.

They did an honor climb to show respect for those who risked their lives or gave their lives - to save others.

Roswell High School also honored first responders in a special way. Dozens of flags were set in front of the school’s campus to honor the lives involved on September 11,2001.

The Atlanta Fire Rescue Foundation, Buckhead Rotary and local restaurant DAS BBQ came together to deliver care packages and a barbecue meal to all 1,100 City of Atlanta firefighters as a tribute and in the spirit of "let's never forget what we're capable of doing together," a rep tells 11Alive.

For lunch, firefighters munched on barbecue meals from DAS BBQ, which were delivered to all 36 AFRD stations throughout the day.

After blessing the meal, Fire Chief Slaughter paid tribute to the heroes lost on the day thousands will remember forever.

More than 1,000 Atlanta firefighters honored with BBQ on 9/11