County officials said the work, which could start as early as 2 p.m. Saturday, could disrupt the Fulton County Airport-Brown Field operations for a few hours. 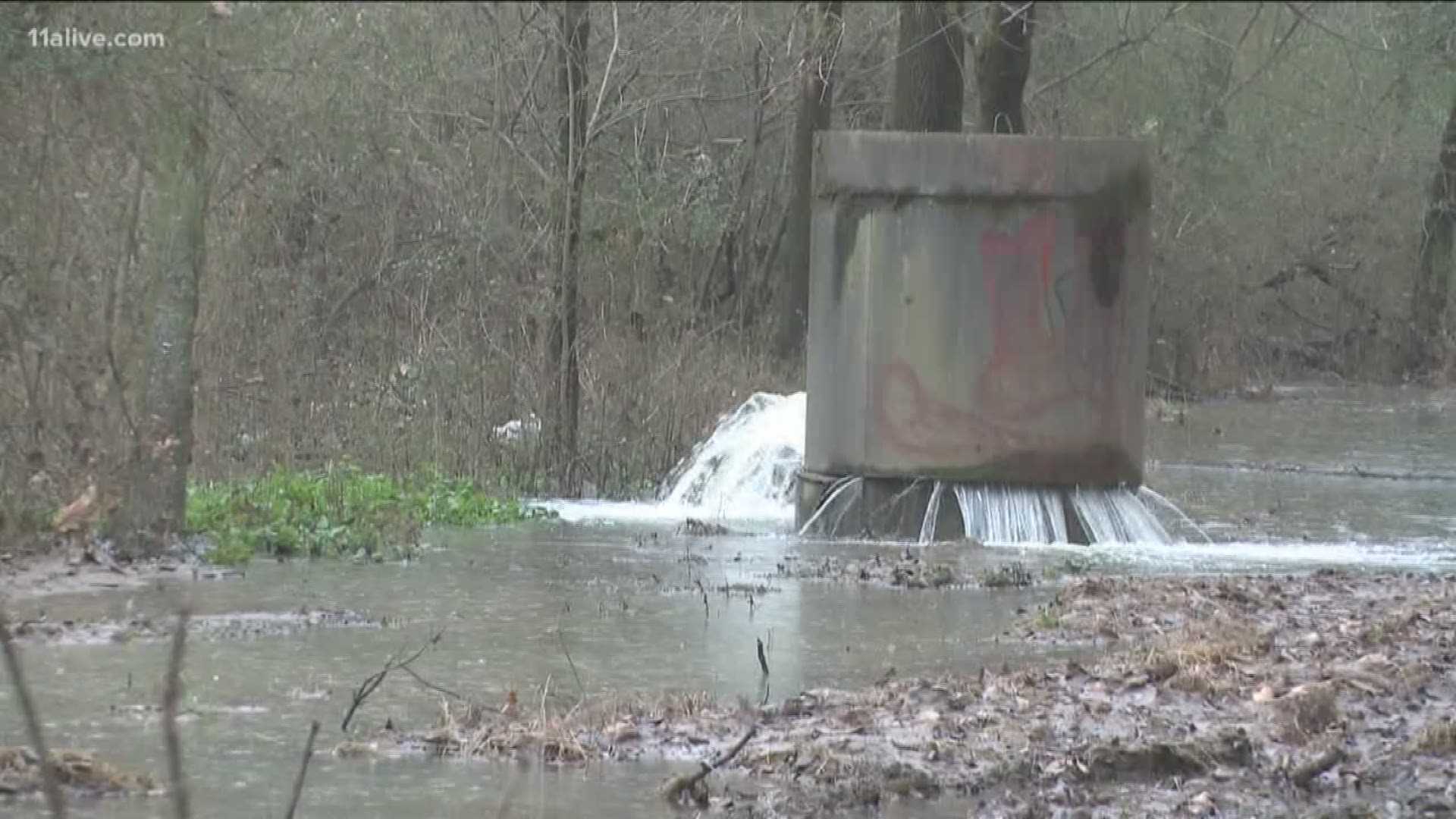 Cobb County officials said, Friday, more equipment is arriving over the weekend to help with the issue. The work will cause a brief shutdown of the main runway at Fulton County Airport.

A contractor is bringing in several large pumps to relieve pressure on the South Cobb Tunnel. That pressure is causing an overflow into the nearby Nickajack Creek - not far from the Chattahoochee River.

A pump failure at the facility located on Lee Industrial Boulevard resulted in the release of a combination of rainwater, creek water and untreated wastewater into the creek.

The top priority for water officials is to stop the overflows.

The contractor plans on using an access tunnel near the water facility to pump out water. This will require the use of cranes near the easement for the Fulton County Airport-Brown Field approach lights. During use of the crane, airport managers will stop using the main runway because the crane's height could violate restrictions.

County officials said the work, which could start as early as 2 p.m. Saturday, will only disrupt airport operations by a few hours.

They hope the pumps can stop the overflowing. Officials said they still don't know the cause of the problem; an investigation will start once the water is removed.

Cobb County has been working with the state Environmental Protection Division and is restricting access to county-owned land where the overflow is occurring.

Officials want to iterate that the problem does not affect Cobb's drinking water, which comes from a different system.