Centennial Olympic Park is closed indefinitely. People who live nearby are fighting to get it back open.

Closing the park was not a decision about public safety, rather about the money needed to maintain it. 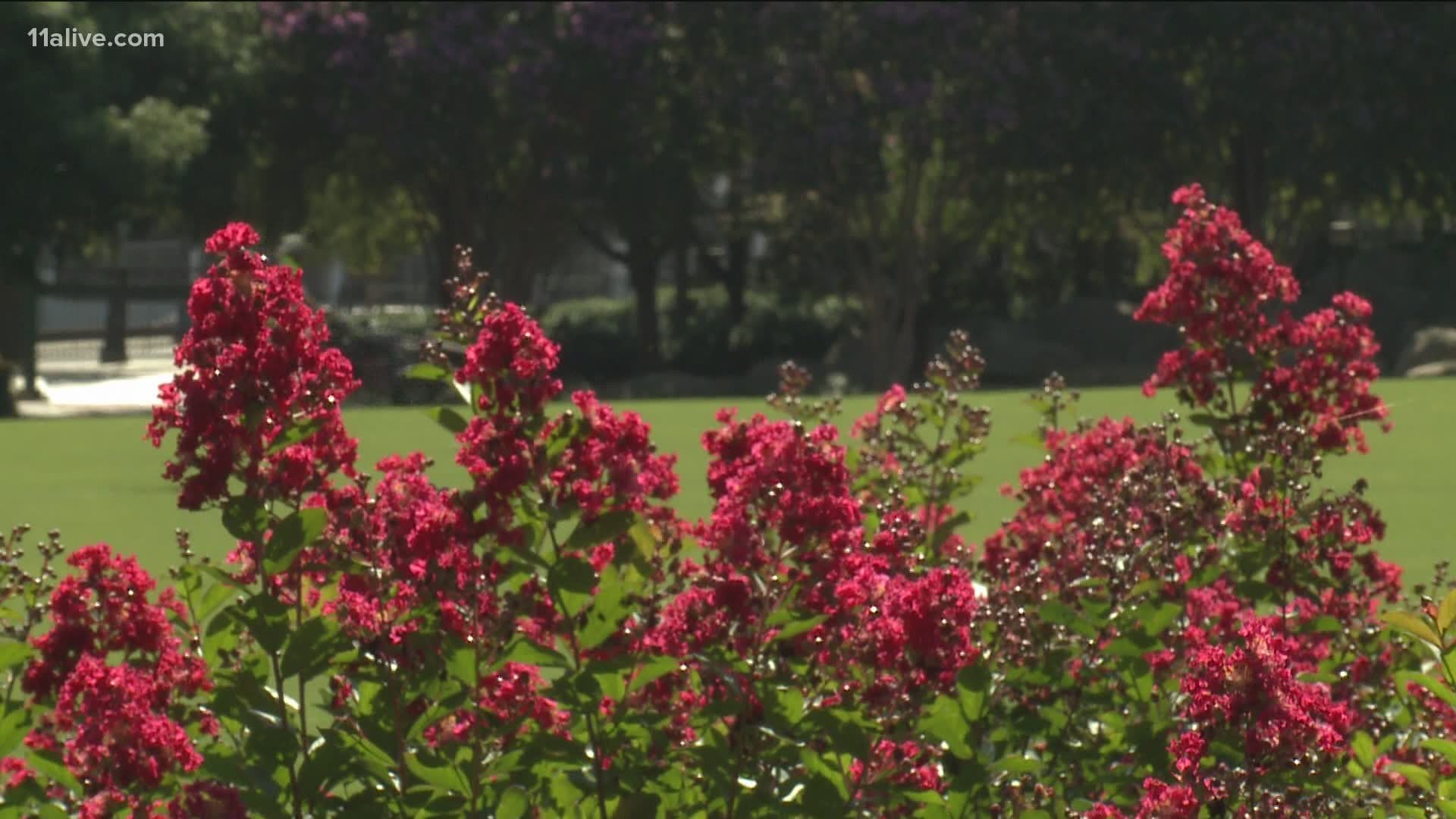 ATLANTA — Centennial Olympic Park is a casualty of COVID-19.

The 22-acre space - filled with beauty and history front-and-center in downtown Atlanta - was closed to the public back on May 30. It was recently announced that it would stay closed indefinitely.

Closing the park, officials said, was not a decision about public safety, rather about the money needed to maintain it.

Carter Johnson lives close by. He has missed it.

“They haven’t opened the gates for the public to walk through, exercise, or for people to cut through from the Peachtree Center Marta Station," he explained.

Johnson is part of a neighborhood group who started a petition to try to get the park back open.

“It’s been frustrating for us not to have access to our primary green space,” he told 11Alive. A petition circulating online also points out that it is a loss to downtown businesses.

“The residents of Downtown are calling on the GWCCA and the Representatives and Senators who are responsible for overseeing the GWCCA to re-open the park to the public," Johnson said, adding, “This is an issue that surely many in Atlanta will care about, as many consider Centennial Olympic Park to be Atlanta's front lawn."

Centennial Olympic Park is no doubt a community treasure, but the Georgia World Congress Center Authority said it is also a commercial enterprise. The pandemic has shown how dependent the park - and so much of Downtown - is on revenue generated by tourism.

"Unlike Piedmont Park or the BeltLine, no state money is allocated to maintain [Centennial Olympic Park]. The park doesn’t have a separate budget. The World Congress Center sustains it," the GWCCA said. "Since there have not been public events at the GWCCA, the Authority that oversees it says there are not enough funds to fully maintain the park."

In a statement to 11Alive, Executive Director Frank Poe said, “Our commitment to preserving the quality aesthetic of Centennial Olympic Park is unwavering. What has changed is public access through the park’s interior, which will, at a minimum, double overall costs.”

Johnson and his neighbors have seen landscapers in the park three to five days a week. He said it has raised questions.

“Is it really about the ability to pay for maintenance, because they’ve proved they are maintaining it?"

The Authority said that landscaping is the bare minimum and pointed out that people can still use the sidewalks, bike path and the dog park. However, it said opening the interior of the park to the public doubles the cost. It pointed to the expense of trash pickup, along with power and water to the facilities inside.

The petition from residents reads, in part, “The Georgia World Congress Center Authority is a state agency entrusted as a steward of the Park as a state-run asset. By closing the park, it is failing in its stated duty of enhancing the quality of life of every Georgian.”

The GWCCA said it is a possibility to look at other ways to fund the park, but cautioned that it would not be a short-term solution. The Authority sees financial losses from the pandemic as a once-in-a-generation scenario that it needs to ride out the economic storm.

Johnson, meanwhile, said he believes the state should make it a priority to find the support and resources needed to reopen the park to the public.

“We want this big open space available so we can be outside and get a break from everything that is going on in the world," he concluded.