REUNION VIDEO: 'Mommy, I want to go home' Abducted 3-year-old found safe, out of the hospital

Stepmom Shaye Wallace was reunited with her 3-year-old daughter Ahlora Lindiment on Thursday night, after a painstaking 30-hour search. 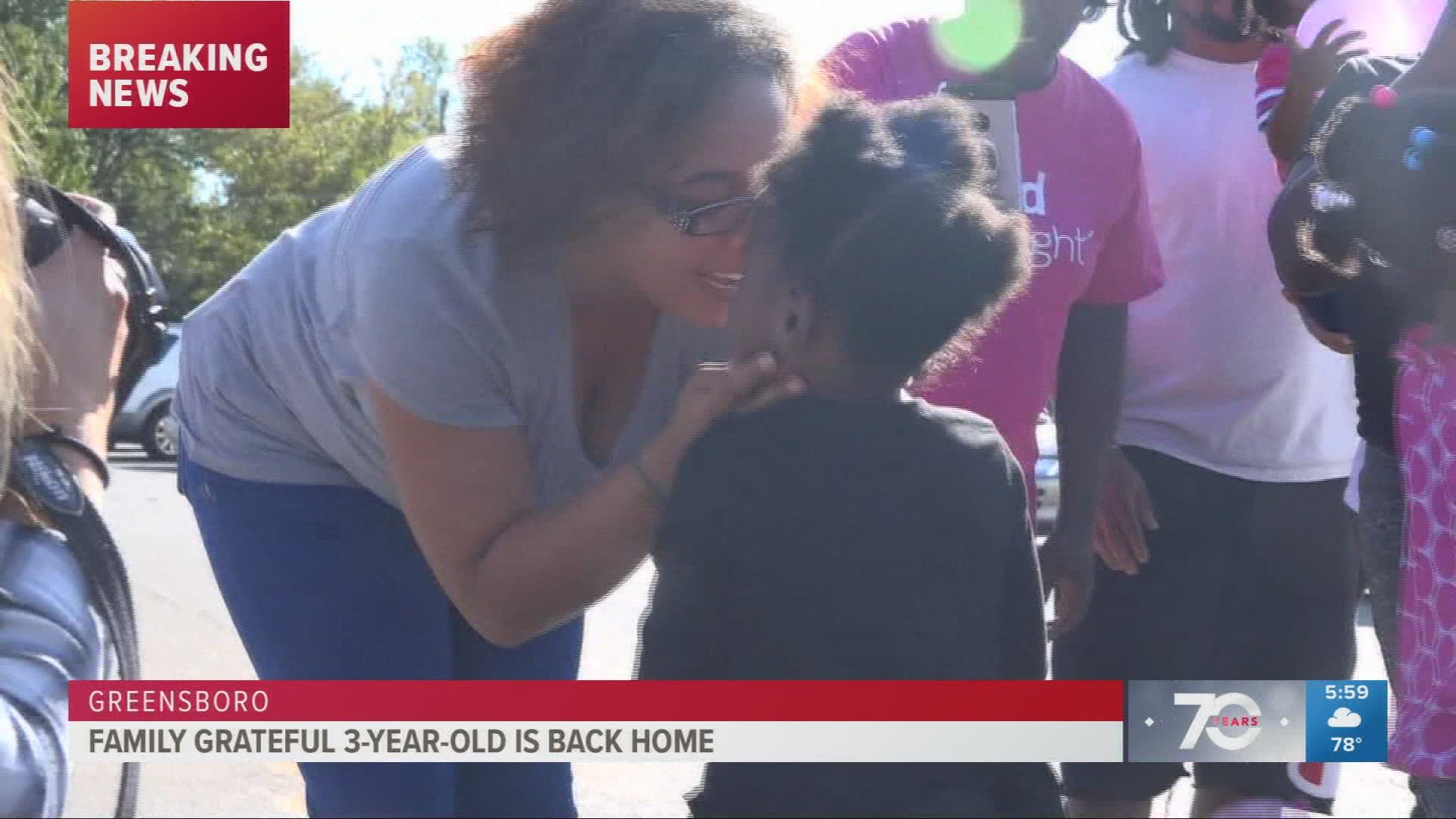 GREENSBORO, N.C. — It's a video that will warm your heart. Stepmom Shaye Wallace was reunited with her 3-year-old, daughter Ahlora Lindiment on Thursday night at the hospital, after a painstaking 30-hour search.

In the video, you can hear Ahlora say, "Mommy, I want to go home." Wallace thanked the community and Greensboro Police for all their efforts to find her baby girl. 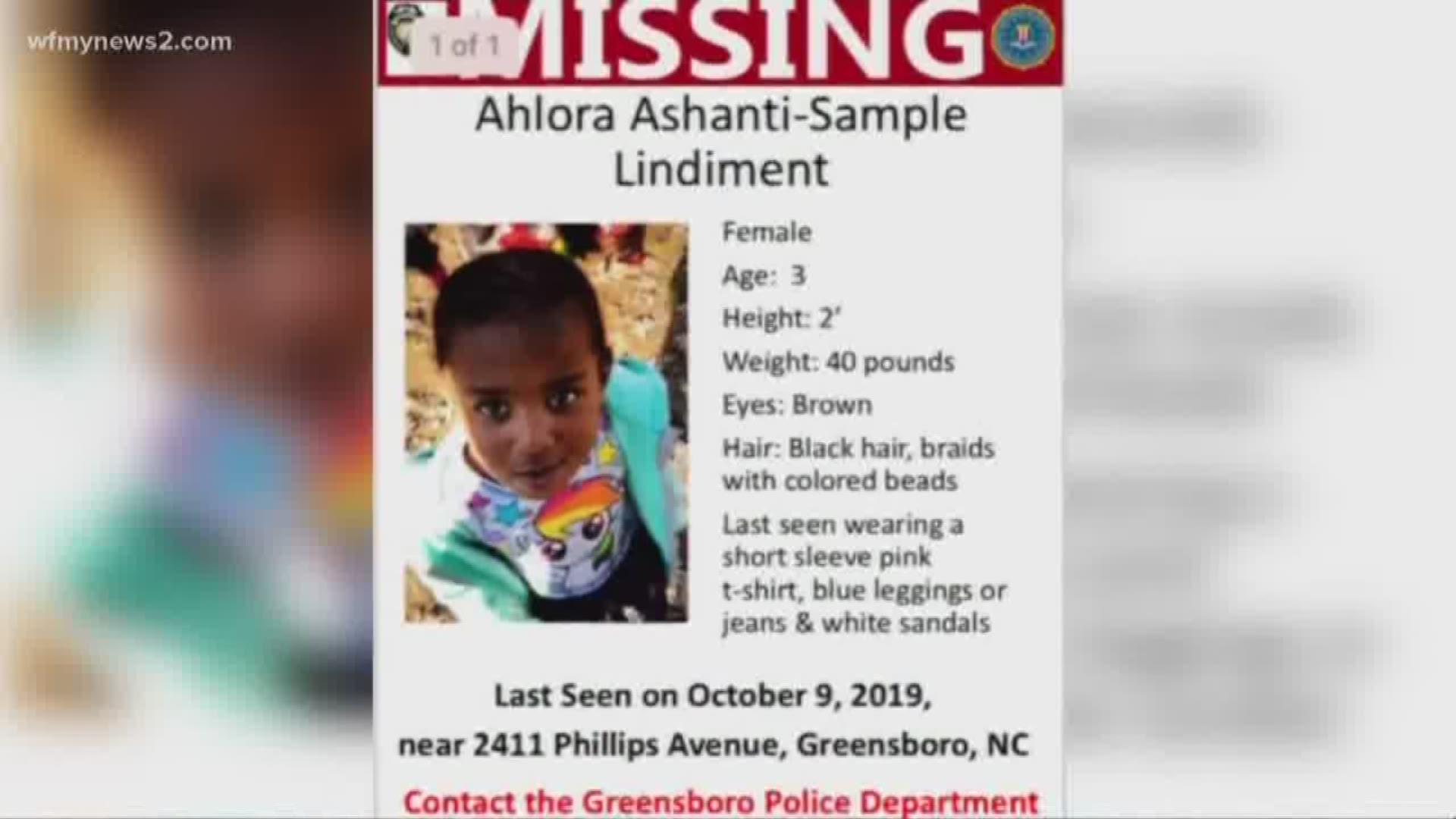 “We really appreciate every prayer, everyone who came out and helped us, search, Greensboro Police,” Wallace stated.

“You want to tell everyone thank you?" Wallace said, looking right at Ahlora.

"Thank you!” Ahlora exclaimed into the microphone.

Greensboro Police say Ahlora was abducted Wednesday night in a playground at the Claremont Courts Apartments.

“I can’t even describe the pain that was in my stomach.”

"I got my baby back home, you know for real because I was starting to think the worst," dad Thomas Blackburn said.

Ahlora had a forensic interview Friday, which means she met with a child trauma specialist to go over what happened during the period of time she was abducted.

We don't know what happened in the 30 hours Ahlora was in the hands of a stranger, a criminal. But police say she wasn't physically hurt.

"I was playing with her and I was like 'Girl, you was taken from us' and she said, 'I'm right here mommy' and I said, 'No, someone took you,' and she goes, 'No, I’m right here.'" Wallace explained.

"So she doesn’t even know the concept of what was going on."

The family says they are so relieved she's home. But they're still worried because her kidnapper is still out there.

“I feel like {the suspect} needs to be punished accordingly only because I’m scared she’s going to do it to another family, another child and the outcome may not be as good as ours was.”

Wallace said Ahlora was released from the hospital around 1 a.m. Friday.

Greensboro Police have identified her abductor as 22-year-old N'denezsia Lancaster.

She currently lives in Greensboro and is wanted by police. Greensboro Police said she has pending charges of First Degree Kidnapping.

RELATED: Here's What We Know About N'denezsia Lancaster Who's Wanted In Amber Alert Abduction Case

'We Said is Your Name Ahlora? And She Said Yes.' | Woman Called 911 When Missing Child Turned Up at Church

Missing Persons Cases: How to Report Them, Teach Your Kids Stranger Danger

These Steps Could Help Save Your Child If They Go Missing