A Clayton County jury awarded the family of baby DJ over $30 million in damages after the baby endured severe bleeding and damage after a circumcision. 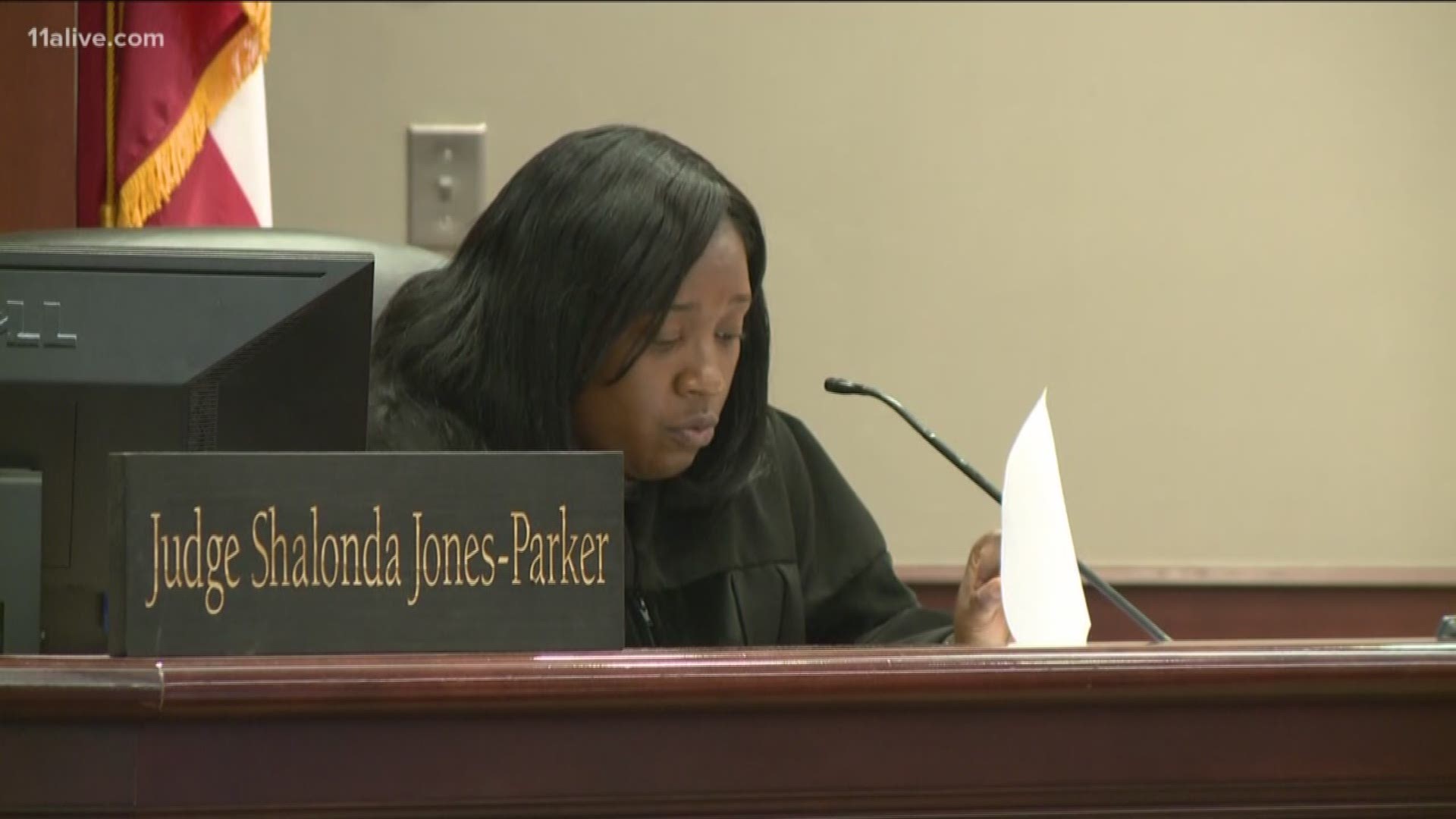 CLAYTON COUNTY, GA. -- A Clayton County jury has determined that the family of a baby who had a medical mishap during a circumcision should be awarded over $30 million in damages.

The attorney's family asked for $100 million.

In October 2013, baby DJ was given a circumcision surgery conducted by a midwife. According to the lawsuit, after the procedure was finished, the medical staff said the "very tip of the glans had been severed during circumcision." His family claims there was severe bleeding.

DJ's family filed a lawsuit against the Life Cycle Pediatrics, Life Cycle OB/GYN, and several people that were a part of the medical staff.

The family argued the newborn should have immediately undergone emergency surgery or a tissue transplant they said that didn't happen.

For nearly two weeks, lawyers for all seven defendants -- three clinics, three doctors and the midwife who performed the procedure -- argued their clients had a minimal role in the incident. They blamed a chain of miscommunication that led the doctors and clinic owners to believe the infant only had a small cut after the procedure -- not a life-changing injury.

The midwife and one of the doctors were found liable for DJ's injuries, but the jury had to decide how much money the family should be awarded for the medical mistake, based on how each of the seven defendants contributed to the situation.

Jurors used a questionnaire, answering yes or no to specific questions about whether or not each of the defendants met professional standards in how they addressed the mistake. Those responses helped determine the total amount awarded -- and how much each defendant should pay.

Today, jurors had to go back to the deliberation room because they determined Dr. Ann Siguion should pay 10 percent of the settlement, even though she was not originally found liable. Her attorneys argued it would be illegal to make her pay.

The jury returned a second time, finding Dr. Siguion was liable. Now, each defendant is responsible for covering a percentage of the $31 million dollars -- with the midwife paying 50 percent, one doctor paying 30 percent and the other two doctors paying 10 percent each.

Since the botched circumcision, DJ has had multiple surgeries but is unfortunately injured permanently. The family's attorney said DJ will likely need more surgeries and other medical treatments in the future.

The attorney for Sigouin and Life Cycle Pediatrics said they plan to file an appeal in the case. Below is a statement from R. Page Powell, Jr.:

The jury originally found that both my clients - Anne Sigouin and Life Cycle Pediatrics, LLC, were not liable. There was an inconsistency in the verdict form in the apportionment section, because the jury apportioned 10% of the verdict to Anne Sigouin even though they previously clearly had found that she was not liable for causing any of the plaintiff’s injuries. Over the objections of all the defendants, the Court created a Supplemental Verdict Form for the jury to complete that related to Anne Sigouin, and then instructed the jury to return to the jury room and deliberate again regarding Anne’s liability. The jury did so and then completely changed their liability determination regarding Anne Sigouin, finding that she was liable. The jury again assigned 10% of the total verdict to Anne Sigouin. The defense verdict for my other client, Life Cycle Pediatrics, LLC was not disturbed and that company was completely exonerated. We respectfully believe the Court’s decision to allow the jury to reconsider the liability of Anne Sigouin was in error, depriving her of the defense verdict which she originally received. As a result, we intend to appeal that decision along with other decisions made by the Court during the course of this litigation.