Several roads closed in downtown Atlanta ahead of Inauguration

A few roads will be closed on Inauguration Day until 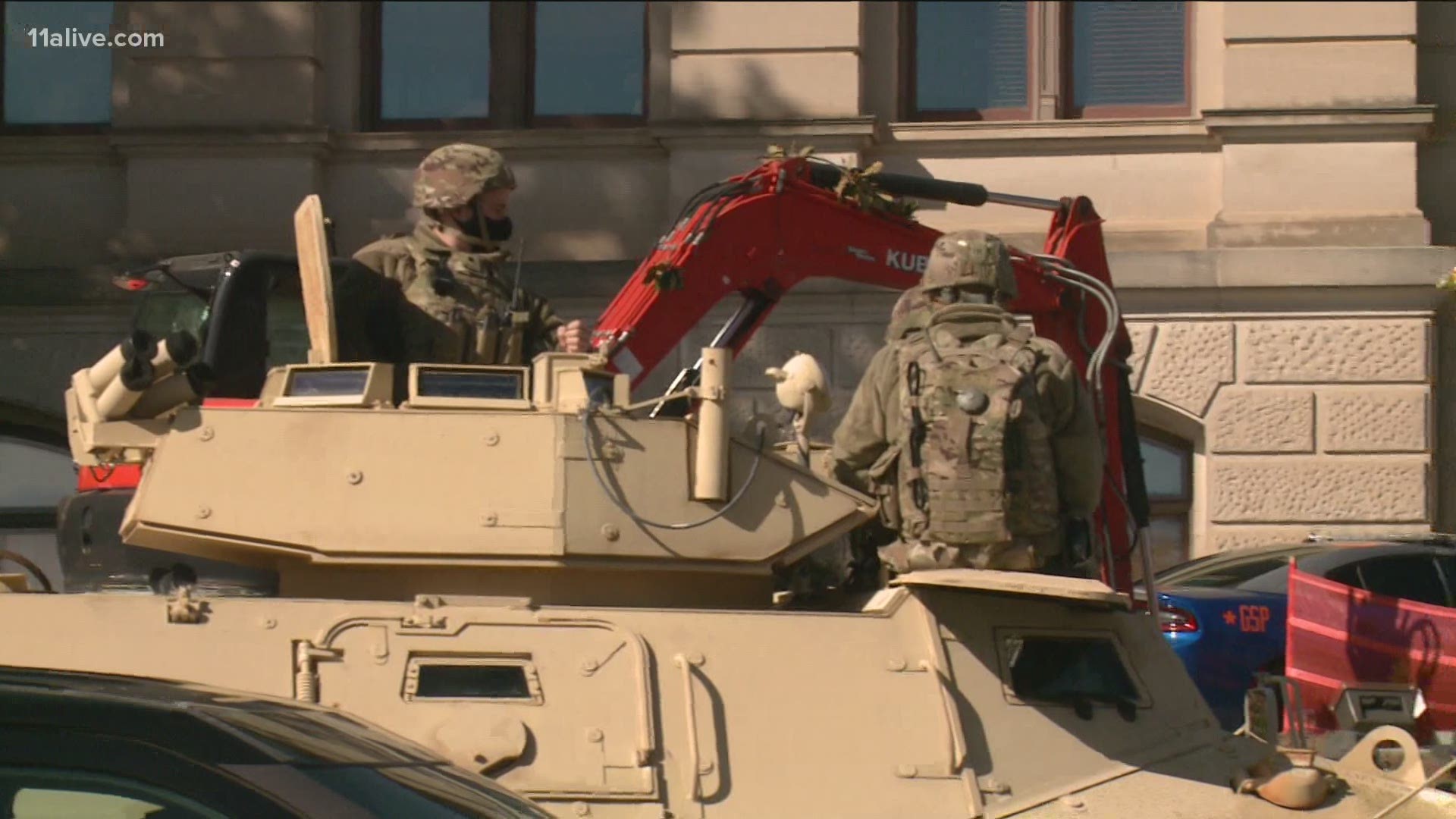 ATLANTA — Officials confirmed Sunday that several roads downtown would be closed between now and the Presidential Inauguration on Wednesday.

APD said these roads around City Hall were closed to on-street parking on Sunday until 9 p.m. and on Wednesday from 7 a.m. to 7 p.m.:

Hapeville Police said in a Tweet that Mitchell Street and Pryor Road are blocked from to MLK Jr. Drive, Washington Street, Central Avenue and Memorial Drive.

Our State Capital will have limit access until after the Inauguration.  According to the Atlanta Police Department Mitchell Street and Pryor will be blocked off to MLK, Washington, Central and Memorial Drive. pic.twitter.com/TkLt4J9zg9

The Georgia Dept. of Transportation said MLK Drive at Piedmont Avenue as well as Memorial Drive at Central Avenue are closed.

There is law enforcement presence at the #GACapitol. Roads surrounding the capitol are blocked which can cause congestion:
🛑 MLK Drive at Piedmont
🛑 Memorial Dr. at Central Ave

11Alive has reached out to Georgia State Capitol Police for further information regarding additional closures around the Capitol.

Law enforcement agencies throughout the state are teaming up to provide security after FBI warnings of possible armed protests throughout the country between now and Joe Biden’s inauguration Wednesday.

The GBI, FBI, and Georgia State Patrol said they don’t know of any specific threats to the Capitol or other government buildings, but they’re not letting their guard down.

They are continuing to stay in touch and monitor the situation, they told 11Alive.

On Sunday, security at the Capitol in downtown Atlanta remained tight, from temporary fencing to law enforcement presence protecting the building.