Anthony Hill’s family say he was in the midst of a mental breakdown when officer Robert Olsen shot him four years ago. 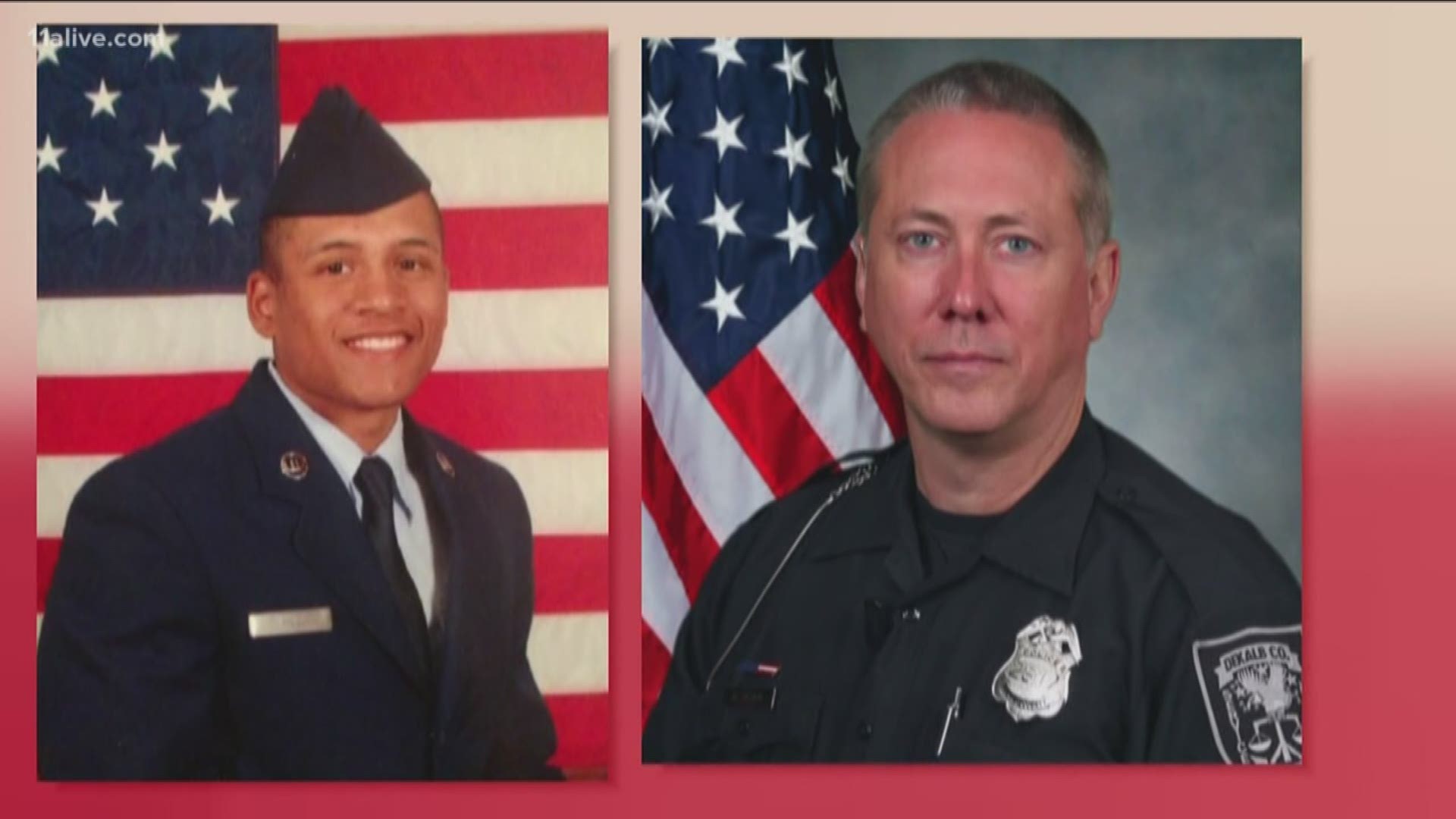 ATLANTA — A former DeKalb County police officer goes on trial Monday for shooting a naked, unarmed veteran in the parking lot of his Chamblee apartment complex.

Robert Olsen pleaded not guilty to six charges, including two counts of felony murder. He says he acted in self defense when he responded to a call on March 9, 2015 about a suspicious man in the parking lot of The Heights apartment complex.

By the time Olsen arrived, Anthony Hill was naked and wandering around the parking area of the complex. Olsen said Hill rushed at him and he was in fear for his life when he shot him twice. Olsen was equipped with a gun, taser, pepper spray made, and a baton. The officer used only the gun and shot Hill twice.

Olsen is facing a total of six charges:

11Alive News is the only outlet that has cell phone video showing the immediate aftermath of the shooting. It shows a chaotic scene with several bystanders and Officer Olsen interacting with witnesses.

Atlanta attorney Latonia Hines said the murder trial will require jurors to make a potentially hard choice between the two men. Both men put on uniforms to risk their lives to protect others.

"It's a police officer who shot an unarmed man who was naked at the time," she explained. "Is it reasonable to believe he was in imminent harm or death from this man?"

Who was Anthony Hill?

Anthony Hill was 26 at the time of his death and was living with his girlfriend, Bridget Anderson. Hill grew up in South Carolina and went to college for a while but quit to join the Air Force. He was deployed to Kandahar, Afghanistan in 2010. Kandahar, at that time, was the site of frequent suicide bombings and rocket attacks.

When Hill returned to the U.S. after his deployment, he began to struggle with his mental health. Eventually, he was diagnosed as bipolar and was medically retired from the Air Force. His family said he had post traumatic stress disorder from his time in Afghanistan and that he’d stopped taking his medication at the time of the shooting.

Hill was known around the apartment complex as a friendly guy who liked to interact with kids. He was pursuing a singing career in Atlanta.

Who is Robert Olsen?

Officer Robert Olsen, who goes by the name “Chip,” was 52 years old at the time of the Hill shooting. He was a seven-year veteran of the DeKalb County police force. He joined law enforcement later in life, after a career working for the U.S. Department of Agriculture. Olsen is married with a child.

Olsen always received good reviews during his work evaluations and had never discharged his weapon in the line of duty.

Olsen has since resigned from the DeKalb County Police force.

The case has already been full of twists and turns. Three judges have recused themselves. Judge LaTisha Dear Jackson has been assigned the case.

Hill’s family filed a civil rights lawsuit against Olsen and DeKalb County. They claimed officials failed to provide adequate training for interacting with mentally ill people. A federal judge recently dismissed the claims against the county, however they remain in place for Olsen.

The judge in the case is deciding whether to let jurors hear about Hill's background—his military service and his mental health evaluations. The defense doesn't want it to come in.

"They're going to say, 'what was important, is what the officer knew at the time of the incident'," Hines hypothesized.

Olsen's attorneys might also argue the DeKalb County Police policy should be kept out. The department's use of force policy dictates Olsen had a duty to retreat. He says he acted in self defense.

Olsen already rejected a plea deal in which he could have served 15 years in prison. Instead, he faces life behind bars, if convicted.

Background on the case:

Decatur rally held for unarmed veteran who was killed by police

OTHER TRIAL COVERAGE FROM 11ALIVE