It's is so powerful, police are allowed to use it only as they comply with the provisions of 4th Amendment protections against unreasonable search and seizure. 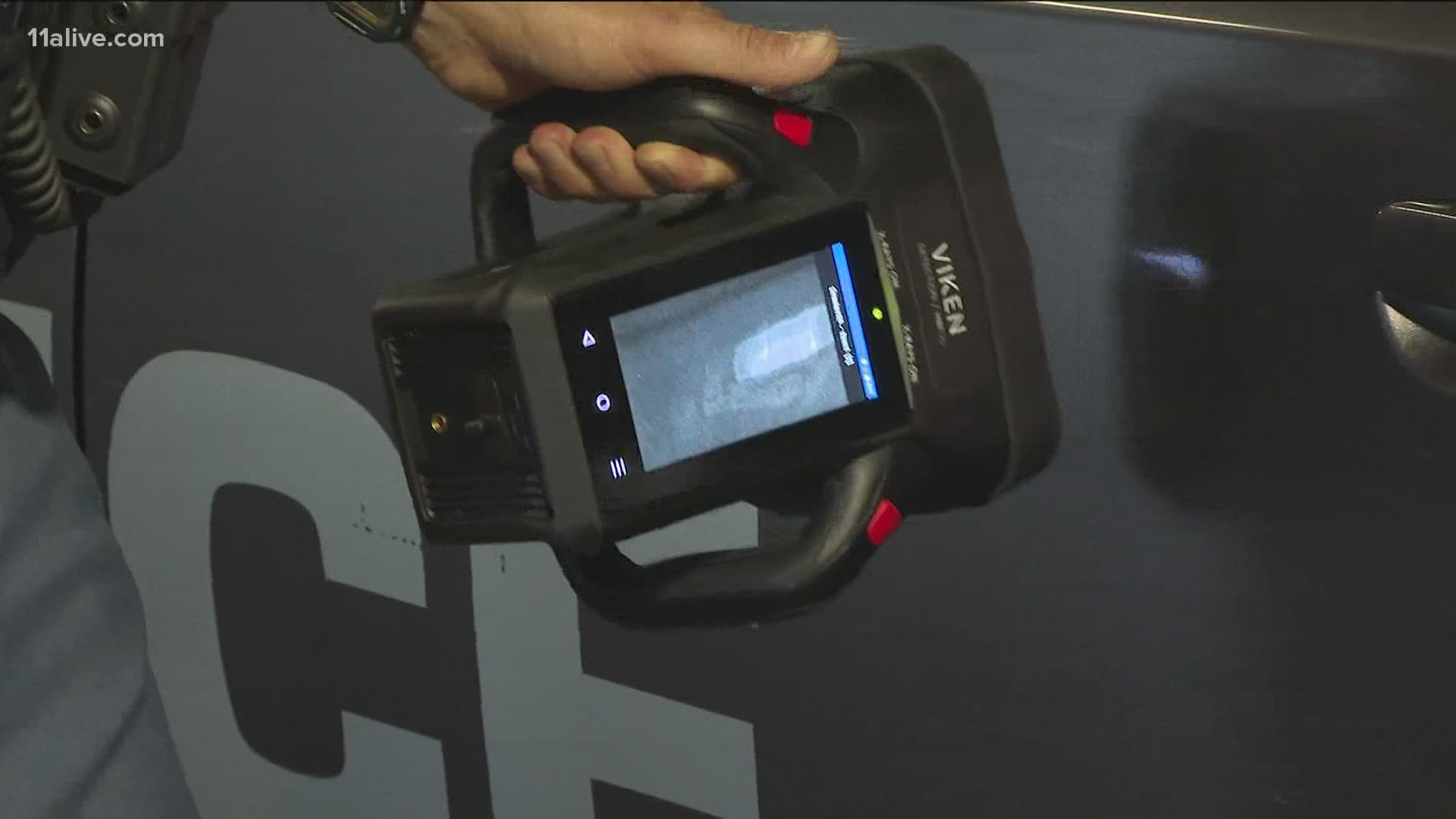 It’s a handheld, high-tech camera with x-ray “vision” that can see into people’s cars and trucks to find out if the drivers who have been pulled over are hiding contraband.

Since the department received the camera a couple of weeks ago, Officer Baker Harbin has used it in traffic stops four times to check for drugs that the drivers had possibly concealed in hidden compartments in their vehicles.

“There are very few places on a vehicle now that a smuggler could hide the contraband that that (device) won’t see,” Officer Harbin said Monday.

The device is so powerful, officers are allowed to use it only if the driver consents, or if the officers have probable cause to search the vehicle.

“It’s drastically increased the efficiency of our searches,” Harbin said, “and allowed us to search more quickly and without having to do any damage to people’s cars.”

Ryan told 11Alive that Viken Detection's handheld x-ray camera for law enforcement has been on the market for barely three years. There are now about 1,000 of them in use, worldwide at international borders, checking vehicles of suspected smugglers—U.S. Customs and Border Protection agents use the devices.

They're also in communities across the U.S. where police have used the devices to detect and seize “tons” of illegal drugs and millions of dollars in cash, Ryan said, as well as guns used in drug trafficking and other crimes.

The program is called “VALOR,” Viken Assisting Law-enforcement in the Opioid Response.

Floyd County Police applied for the grant and the department was among the first in the VALOR program to receive one of the x-ray cameras for free. That's partly because of the department’s ongoing fight against the county’s own opioid crisis that has killed dozens of people in just the past three years.

“Floyd County and the City of Rome have become a hub as far as drug trafficking in the area,” Officer Harbin said, “and this machine will help us to address the opioid crisis in our area, and the traffic coming through.”

Viken Detection also provided the training to officers in using the device, and shared with officers the latest intelligence on some of the ways smugglers are finding new ways to hide the drugs inside their vehicles.

“Drug traffickers are growing more innovative in their ability to conceal contraband, so we have to be more diligent in our work,” said Floyd County Police Chief Mark Wallace. “We’re excited to have a tool for patrol, to keep drugs out of the hands of potential victims.”

“We’re seeing a crisis that’s impacting everybody,” Ryan said. “And when we see drugs taken off the street … we’ll be incredibly satisfied at the end of this if we’ve helped bring down drug addiction and drug overdose … And we’re just getting started.”