It happened just after 2:30 a.m. near the Holcomb Bridge Road exit on Georgia 400 southbound.

According to Alpharetta Police, the officer's cruiser was stopped in the roadway with its emergency lights on. She was helping other drivers who were involved in a wreck while awaiting Roswell Police.

The car slammed into the rear of the Alpharetta police car at a speed of 85 mph, crushing the back end of the cruiser.

11Alive spoke to Alpharetta Police, who said it is usually policy for officers to wait inside their cruisers until the primary agency responds, but in this case, the fact that their officer wasn't inside the car likely saved her life.

"Typically, that's not a situation where we get out of our cars. We're blocking traffic, we're waiting for the other agency to get there, for tow trucks to get the roadway clear," said Ofc. Howard Miller with the Alpharetta Police Department.

"She (the officer) said she just had some sort of bad feeling and decided, 'I need to be out of my car,' thankfully, got out, because had she been in her car - getting struck at 80, 85 mph from the rear - we could have been looking at a tragedy this morning," he added.

Once Roswell Police arrived, they took the female driver, Megan Johnston, into custody for DUI, following too closely and failure to yield to an emergency vehicle. 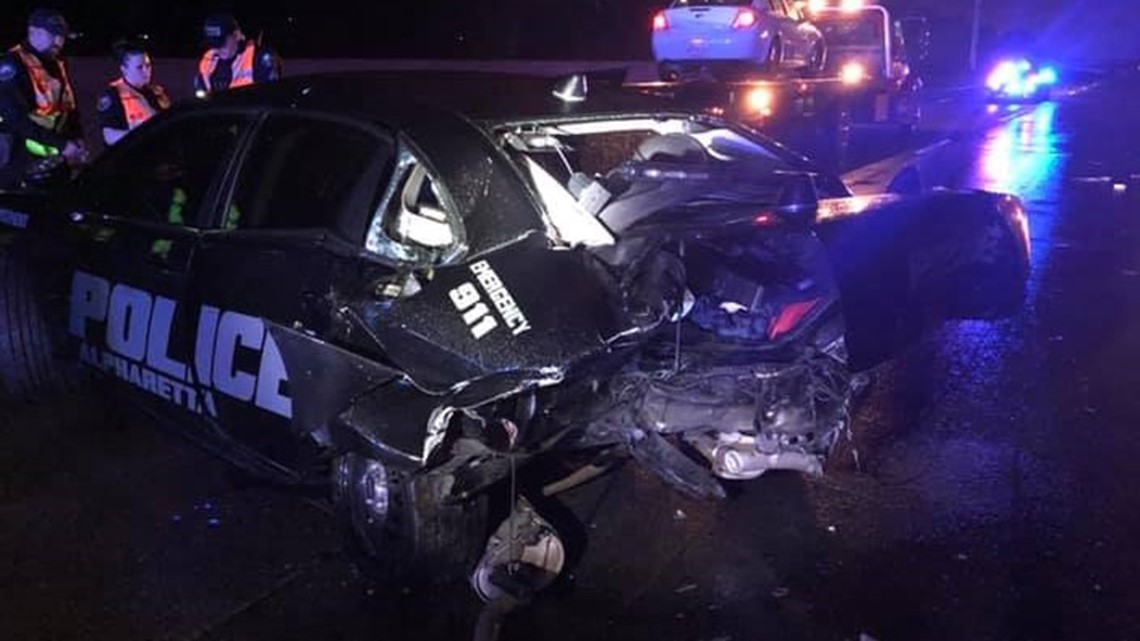