The employee was on her third day on the job at a boarding facility, when a sheriff's K9 attacked her. 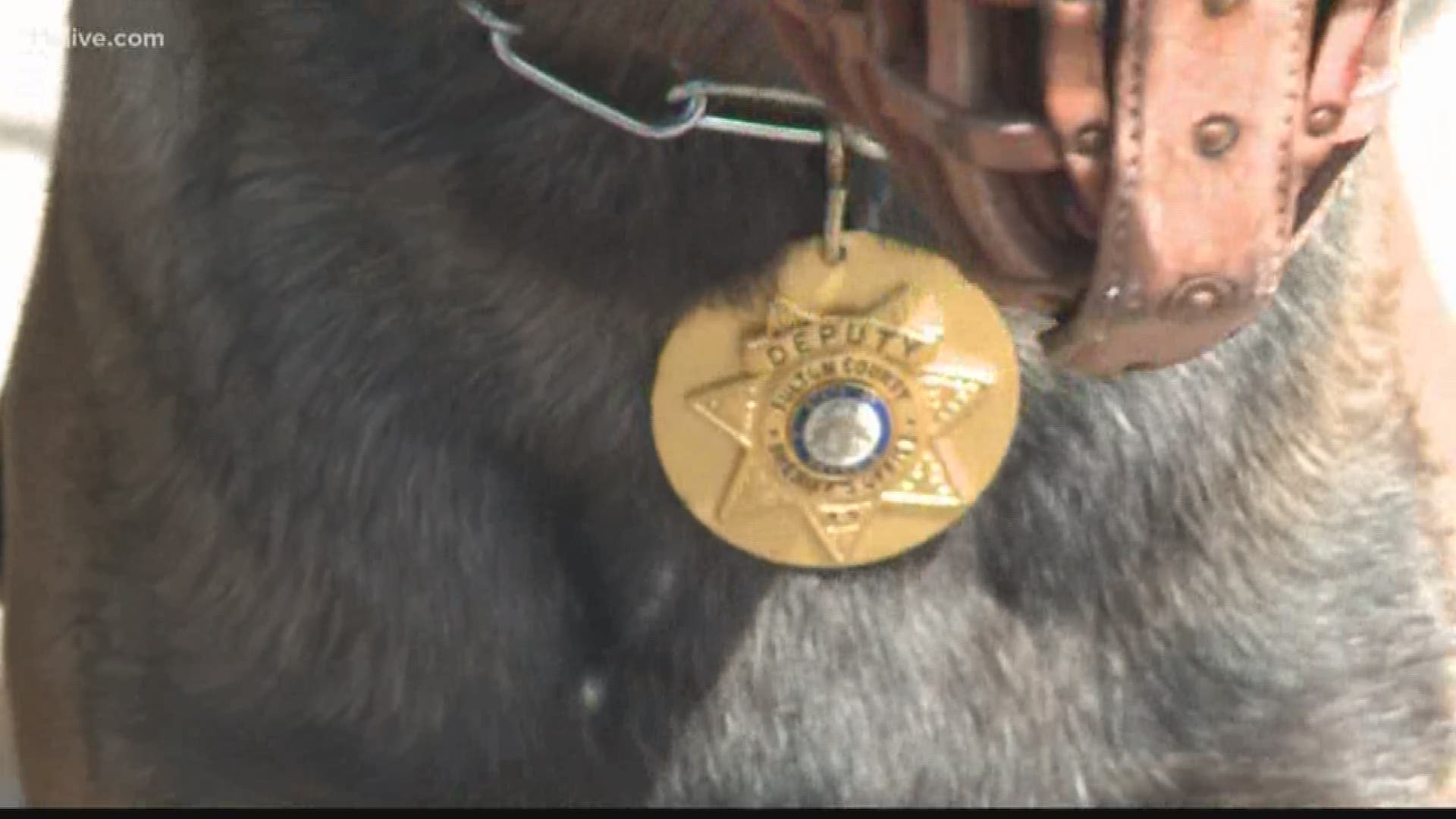 ROSWELL, Ga. — A veterinary technician was rushed to the hospital on Wednesday when a sheriff's office K-9 attacked her at a boarding facility.

The Fulton County Sheriff's Office confirmed that K-9 deputy, Ian, which was deputized in 2017, had been boarded at the VCA Pets are People Too facility in Roswell since Nov. 30.

Ian's handler is out of the country, according to authorities.

"A law enforcement canine being boarded suddenly became aggressive and attacked biting (the employee) both in the arm and in the face," states a police report obtained by 11Alive.

The report said the employees couldn't get the dog to release its grip "due to them not knowing his commands." The dog dragged the employee on the floor and "held her there for 2-3 minutes."

Finally, another employee was able to pull the dog off of the vet tech.

When Ian was deputized, the Fulton County Sheriff's Office sent out a press release saying the dog was trained to respond to commands in Czech.

The vet employees, according to the police report, didn't know that information.

"We do most of our screening on the front end," said Dr. Michael Good with Town and Country Veterinary Clinic in Marietta, which is not affiliated with this case.

"If your dog is sketchy, or it doesn't like to be around a lot of people, then it needs to be in a situation where nobody really needs to handle them," Good said.

Good said his facility isn't equipped to board law enforcement K-9s.  But when he does board an animal, he likes to know all of the information possible, including what commands it responds to.

"This is a very unique situation. And, now, there's a lot of tragedy," Good said. "We're all thinking what could we have done differently. A little more information, and make sure there's a chain of command."

The Fulton County Sheriff's Office isn't commenting on the attack. Representatives with VCA sent a statement saying “our employee is currently receiving treatment and to respect her privacy, we cannot comment further. On behalf of all our hospital staff, we want to express our concern and wish her well in her recovery.”

The police report goes on to say that one of the vet techs told investigators that Ian "seemed anxious and was pushy," and that he had nipped at her earlier that morning.

Good said that alone was a big red flag. He said he would have called the sheriff's office personally.