A busy store was rocked by the sounds of gunfire and left with a victim who ultimately didn't survive the confrontation. 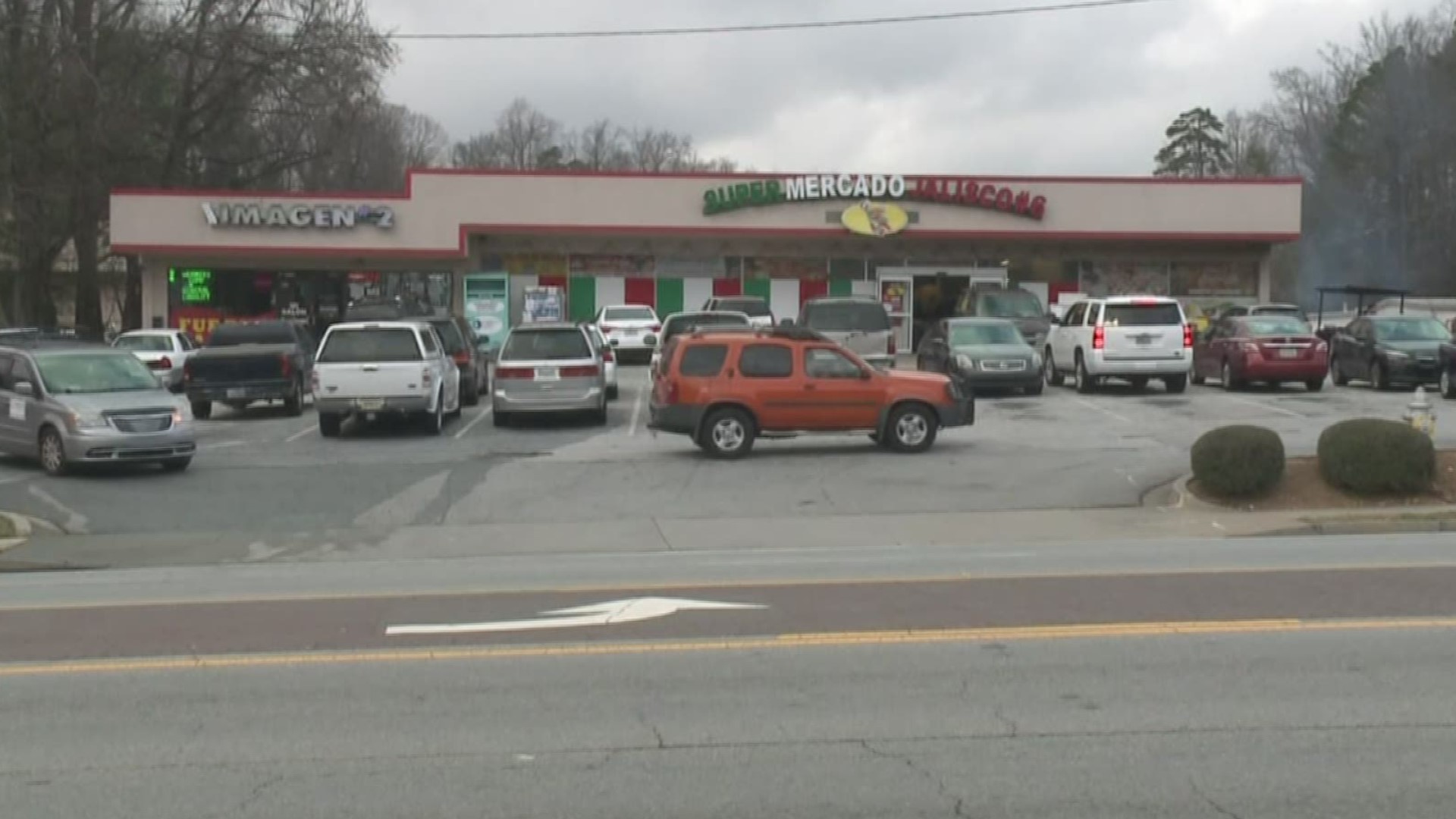 ROSWELL, Ga. — Police are still trying to find the person responsible for leaving a man to die outside a Roswell, Georgia supermarket around 1 p.m. on Saturday.

According to Roswell Police spokesperson Sean Thompson, officers were called to the Supermercado Jalisco location on Alpharetta Street in reference to what was initially reported as a violent armed robbery.

They arrived to find an unconscious Hispanic man lying between two vehicles - though still alive at the time. Sadly, the victim ultimately died at an area hospital from his injuries.

Police now have many questions about what led to his death particularly due to what their preliminary investigation has uncovered.

"What we know right now is there was at least an attempted robbery," Thompson said. "The victim had a large amount of cash on his person, but we recovered a lot of the cash so we're not certain if there was an actual successful robbery, we just know that the victim was shot and killed."

He added that in the moments before the shooting, there was apparently an "exchange of words" between the two. It's not clear what they said.

However, given how busy the store was with families and shoppers around, Thompson stressed that they do not believe the shooting was random.

"We don't believe there's a threat to the public," he said. "There's some reason why this guy targeted this person."

As for finding out why it happened - and who's responsible - police are also hoping someone among the crowd at the store or who may have been driving by may have seen something that can help uncover the truth.