Allie White was hit and killed by a car in Round Rock in September. She would have turned 3 on Sunday. 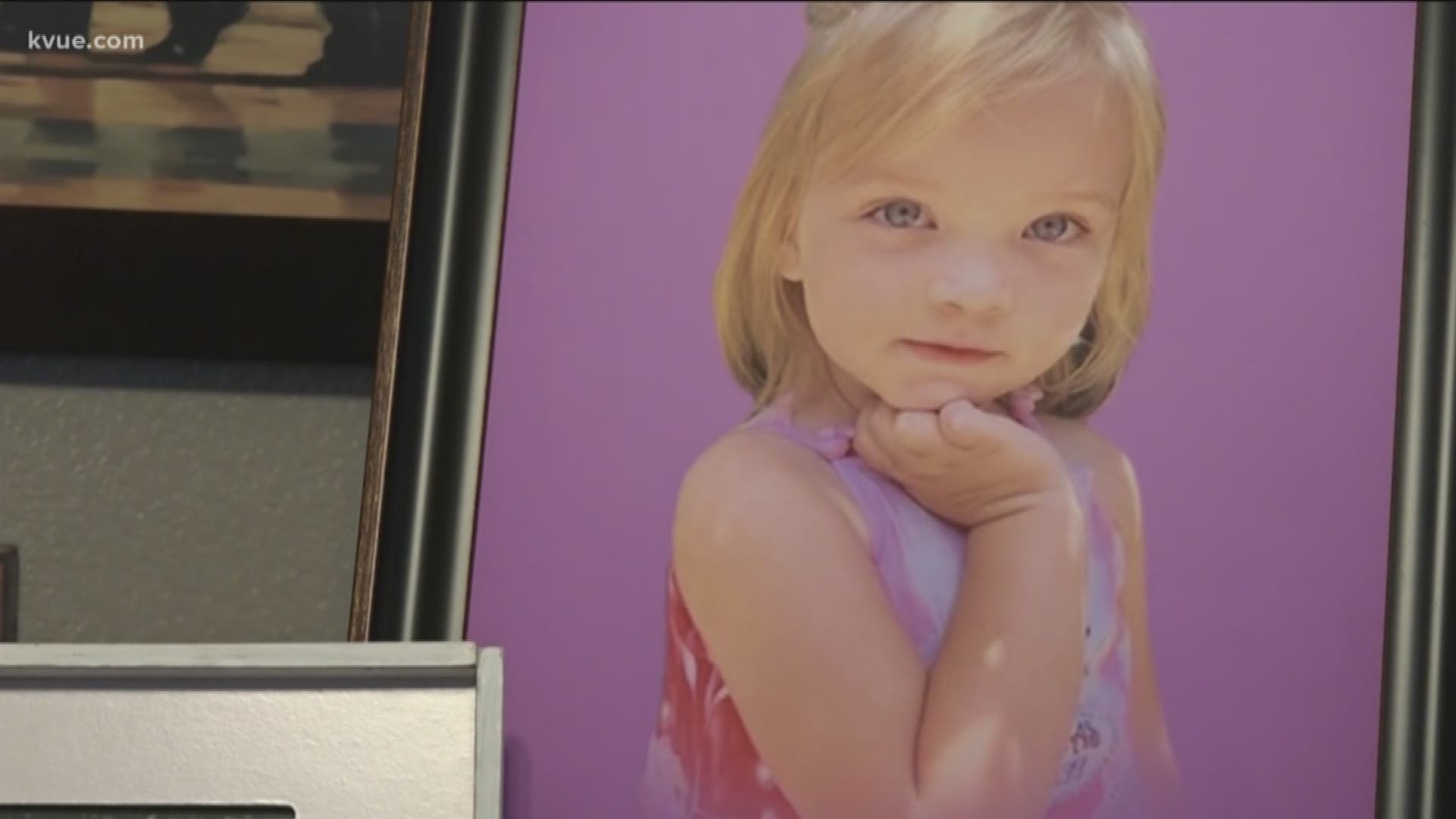 ROUND ROCK, Texas — The death of 2-year-old Allie White has her family asking drivers to put down their phones and pay attention to the road.

To bring awareness to the dangers of distracted driving, the White family has organized "Pink Nail Week" this week.

“We are all doing a pink nail. So if you’re driving and you ever get the urge to look at your cellphone, you’ll see your pink nail and then you’ll get off the cellphone because it’ll remind you of Allie," said Jaime White, Allie's mom.

Allie died near Old Settlers Park in September after she was hit by a car in a parking lot, according to the Round Rock Police Department.

RELATED: Round Rock toddler hit and killed by car near soccer field

Round Rock Toddler remembered after hit, killed by car

RRPD said officers were called to 2068 Harrell Parkway at around 1:30 p.m. on Sept. 29 for a reported pedestrian crash. When they arrived near the soccer fields at Old Settlers Park, they discovered that a car had hit Allie.

In recorded witness testimony, a witness stated that she saw the driver on the phone, making a turn and looking in the opposite direction before hitting Allie.

An off-duty firefighter and police officer were able to assist Allie before first responders arrived minutes later. Allie died at 1:51 p.m., according to police. The driver stayed at the scene of the crash.

Jaime said Allie would have celebrated her third birthday last Sunday. She hopes the Pink Nail Week movement will prevent other fatal crashes.

“That woman was so distracted on her cellphone that after she had knocked her down, if she had stopped the car immediately, she wouldn’t have killed her. But she ran over her, and that’s what killed Allie," Jaime said. “I don’t know how anybody gets through this without their faith. So, we have really clung to our faith through all of this.”

RELATED: Austin driver accused of driving drunk in crash that killed his passenger

The movement is fitting because pink was Allie's favorite color. Jaime said bringing awareness to what happened lets their family heal.

"Think about the families that are affected. If you are on your cellphone or your texting while driving a vehicle, think about the families who would be affected if you have a car accident," Jaime said. “You never get over a loss, especially something this deep, but through our faith, through the awareness, changing other people’s lives, changing the way people think, is really really helping us through grief.”

The White family wants to do Pink Nail Week three times a year: Allie's birthday week, the week of the anniversary of her death and during Distracted Driving Month in April.

You can learn more about the organization "Allie's Way" on their Facebook page.

WATCH: Toddler, child killed in 2 separate crashes in Austin-area over the weekend

Back to the Future: What did experts in 1980 think Austin would look like in the future?