Two San Diegans discussed with News 8's Monique Griego their struggles and why they feel things are moving in a positive direction. 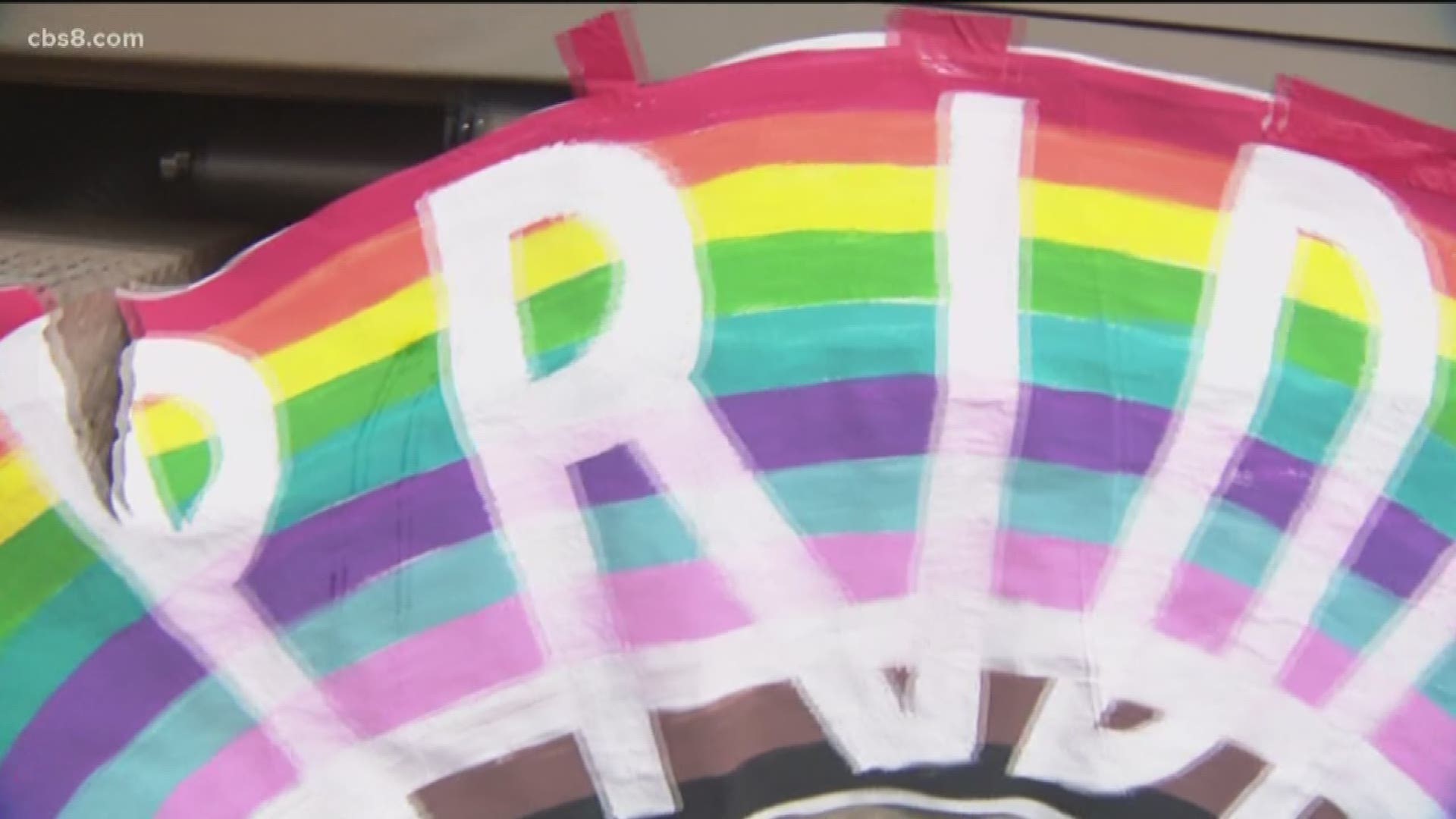 SAN DIEGO — It can be difficult to come out in any culture and there are still places where the gay community is persecuted in horrible ways. Two San Diegans discussed with News 8's Monique Griego their struggles and why they feel things are moving in a positive direction. They believe their stories reflect what happens in many cultures and, no matter you race or religion, for them it's about spreading a message of hope.

From a very young age, M.G. Perez knew where he wanted to be. That was on stage, in the spotlight. He found acting as an escape from an abusive childhood.

"I was good and I found my safe space,” Perez said.

His talents eventually led to a successful career as a TV news reporter. Perez had it all - including a painful secret.

"When your life is based on a lie, there’s not hope,” he said.

But growing up in a traditional Mexican-American family, he says, the expectations were clear.

"Hispanic culture is a man is macho - he is the head of the household, he likes manly things,” Perez said.

So as quickly as he could, he left and hid the truth from his family.

For years, Perez struggled to deal with the emotional burden of coming to terms with past abuse and his sexuality – even while living as an openly gay man.

"Before I leave this earth, I want my sexuality to bring me joy instead of pain.”

That was back in the mid 1980s nearly two decades after the Stonewall riots in New York, but still a world away from marriage equality.

"I came out when I was 15 and, at the time when I came out, I was met with a lot of hostility and a lot of homophobia and ended being homeless,” said Fernando Lopez, the executive director of San Diego Pride.

Lopez says while it’s difficult coming out in any culture he talked about his experience in a Latino family.

"I specifically remember my grandmother telling me that I was going to go to hell for all eternity that this way was not the path of God,” he said.

Perez can relate to Lopez’s experience.

"Not only is [it] about the people that say you’re going to hell and the people who hate you - it’s the self-hatred,” Perez said.

"[In} any culture we tend to hear these messages and it can take a long time to accept who we are,” said Monica Trasandes works on the Latinx and media outreach efforts for GLAAD. “In any culture, but including Latino culture, our families are very important to us, so the idea of losing your family simply for coming out, simply because of who you are - is very painful.”

She says the importance of family, a traditionally macho culture and deep-rooted religious ties are some of the reasons why, historically, it’s been difficult for Latino LGBTQ individuals to find acceptance within their community.

“It’s still not easy by a long shot in many places and families but, generally, I do think it’s becoming easier,” Trasandes said.

She says part of that is due to increased outreach and education in ethnic communities and more support from various religious faiths.

"That’s been a nice change to see from people feeling, being who you are or a person of faith and realizing you can be both,” Trasandes said.

He says at her funeral everyone told him how proud she was of the work Lopez was doing for the LGBTQ community.

"Never in my life did I think I would be in a situation inside of a Catholic church hearing that from Latinos and that I didn’t change their mind or move them - that change came because my grandmother was part of it,” he said.

As for Perez, after years of fighting internal demons, he says he found his faith and made amends with his family - including his father right before he died.

“I know that without a doubt that he loved me,” Perez said.

He now uses his job as an elementary school teacher to spread a message of positivity and self-acceptance.

"My life is filled with the opportunity to carry the message to those who still suffer. To encourage and let them know ‘you’re enough - you’re good enough,’” Perez said.