With many businesses back open, restaurant owners are struggling with how to make money while following steep safety guidelines like not operating at full capacity. 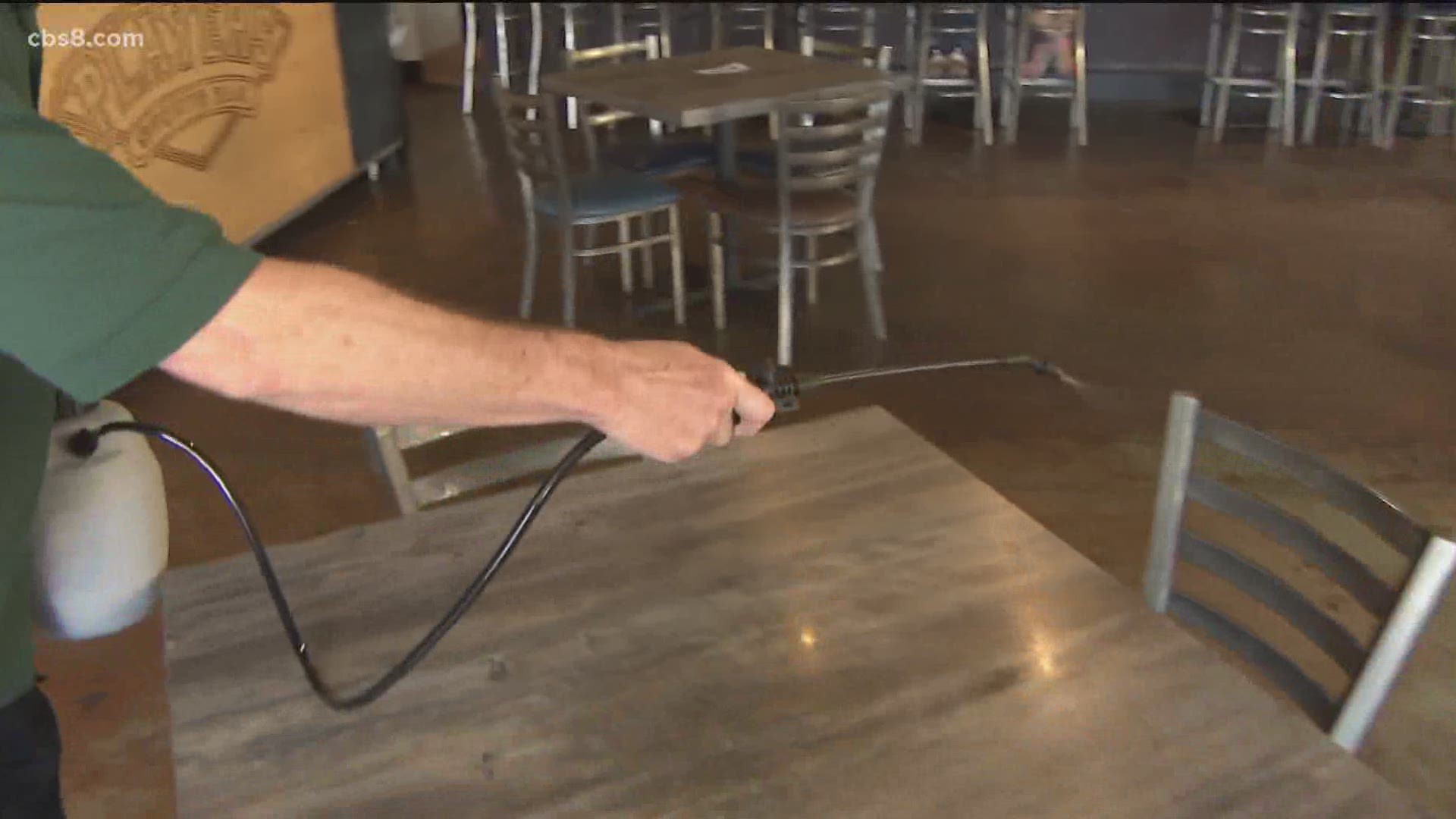 SAN DIEGO — With San Diego restaurants reopening, many owners are grappling with how to make money while also following a steep list of safety guidelines One of those rules includes not being able to run at full capacity.

“The challenge becomes, how do we get the same kind of revenue with half the capacity?” said Peter Crivello, owner of Napoleone's Pizza House in National City.

Moving tables and chairs around for their big opening day, staff at the family-owned Napoleone's of 60 years was ready to do social-distance dining. With the restaurant closed to customers since March, other than for take-out and delivery, business took a huge hit - down about 70%.

"We are downsizing and condensing our menu to try to keep our cost of goods down,” Crivello said.

Napoleone’s dropped seating capacity from 180 to only 80 and switched to single-serve packets of cheese and pepper and spices.

"Our biggest challenge is our increased payroll costs of 15%,” Crivello said.

In Poway, Players Sports Grill owner Michael Pasulka also had his tables spread out in compliance with new health and safety guidelines.

"We have a spray wand here, we have disinfectant in there, we take and spray every seat, every table,” Pasulka said.

The restaurant is sanitizing with a spray mist and using "contactless menus" that customers can pull up by phone using a QR code.

Although they're excited to be back open, the restaurant’s scant budget is used to pay for increased cleaning while serving fewer people.

"All the money we made went to paying my staff opposed to supporting my own family."

Trying to navigate the new normal while in face masks won't be easy for every restaurant employee.

“We started getting used to wearing face masks all day at work, but dishwashers have it a little bit harder because of the steam and the heat that the sink puts off,” Crivello said.

Napoleone's is hoping to keep menu prices down for now as the cost of goods has increased. They rely on their loyal regulars.

"The support from our community, not just National City, but South Bay as a whole has just been overwhelming, so we appreciate that and hopefully, they keep coming in and our door stays open,” Crivello said.

RELATED: What are the rules as San Diego restaurants, stores reopen?