Neighbors react to Sandy Springs shooting: 'A double homicide massacre 15 feet from where I sleep'

Some residents are expressing concern about the violence and also the clean-up following a deadly Sandy Springs shooting Thursday morning. 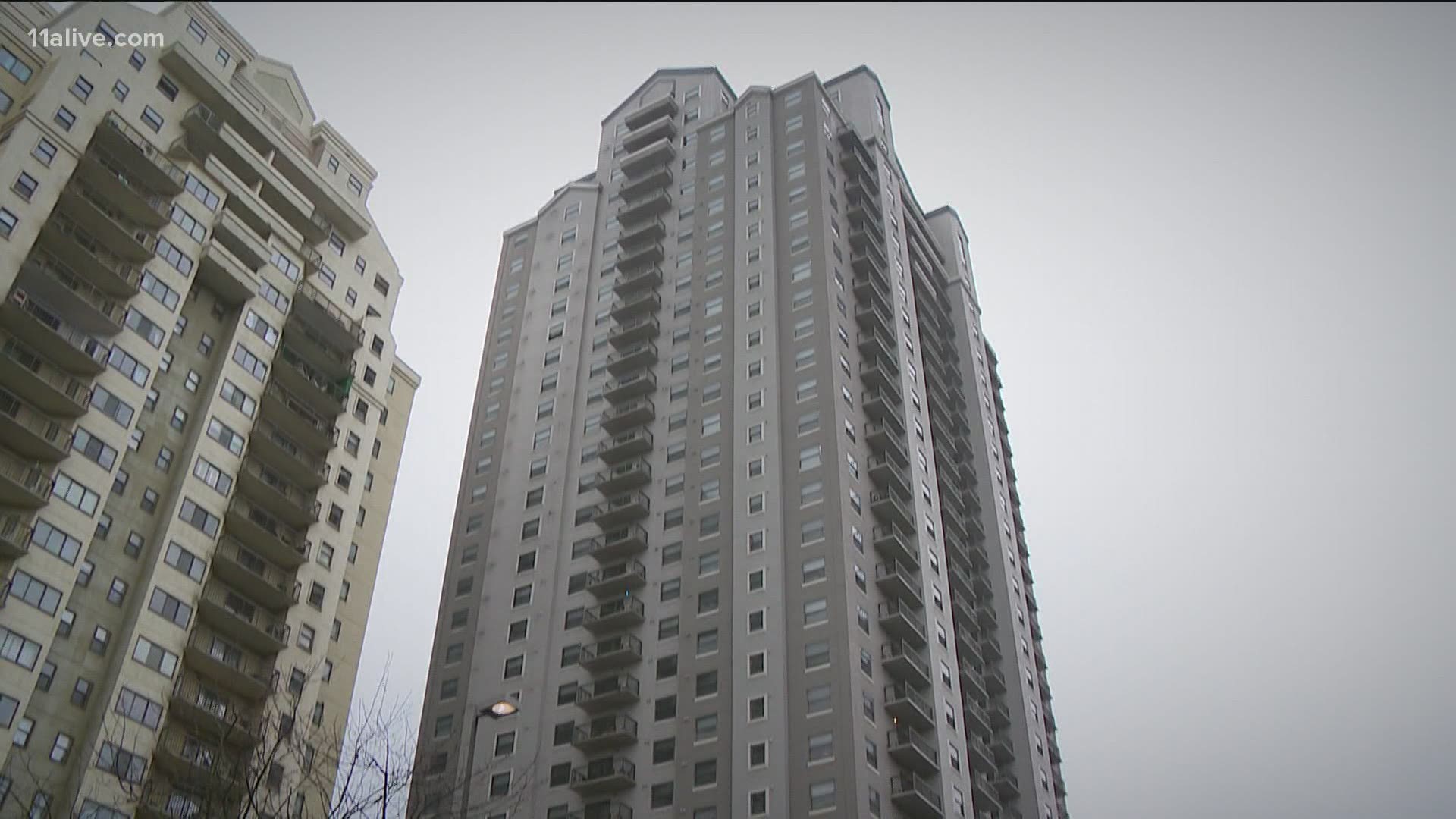 SANDY SPRINGS, Ga. — Kevin Myler woke up to a crime scene on Thursday morning - one that he said has him and his neighbors on-edge.

"People are scared," he said. "I never expected to walk out of my own apartment and see a double homicide massacre 15 feet from where I sleep."

Viewers sent 11Alive cell phone video showing the area where police say two people were shot and killed. A third person was taken to the hospital.

Sandy Springs Police said the dispute leading up to the deadly gun violence happened at 2 a.m. at the Eva Atlanta Apartments on Thursday morning.

"The blood was there, they had caution tape up and, at that point, there was a crime scene unit outside and cops all over the building," Myler said.

No motive has been released but investigators said this was not a random shootout. They said the people involved knew each other. Their identities have not yet been made public.

Aside from the fatalities, Myler said seeing blood left for hours after the crime scene was cleared was not just haunting but highly unsanitary.

"I was really disgusted. The biohazard of blood all over the place was open for anyone to walk through," he said. "The homicide happened at 2 a.m. I didn’t go out there until 9 a.m. and when I came back at 4 p.m., it was still there. The hazmat crew did not show up until about 9 p.m."

Police said they are looking for two or three suspects they believe are also involved in this shooting.

The management company for the complex has since released two statements pertaining to the shooting and the cleanup.  In the first one, the complex said that:

“The management company fully cooperated with the Sandy Springs Police Department as an active investigation was on-going. At approximately 2:30 p.m. yesterday, the Sandy Springs Police Department turned over the common areas where the incident took place back to building management, where a biohazard company immediately commenced with the clean-up. The clean-up lasted through the night, and at approximately 9:00 a.m. this morning, all affected common areas were cleaned, and affected tile and carpet was removed.”

The company later added that the biohazard company was on-hand as soon as the area was opened by Sandy Springs Police and an elevator that was part of the crime scene is both blocked off and not in service at this time.