About 120 workers are now on strike. 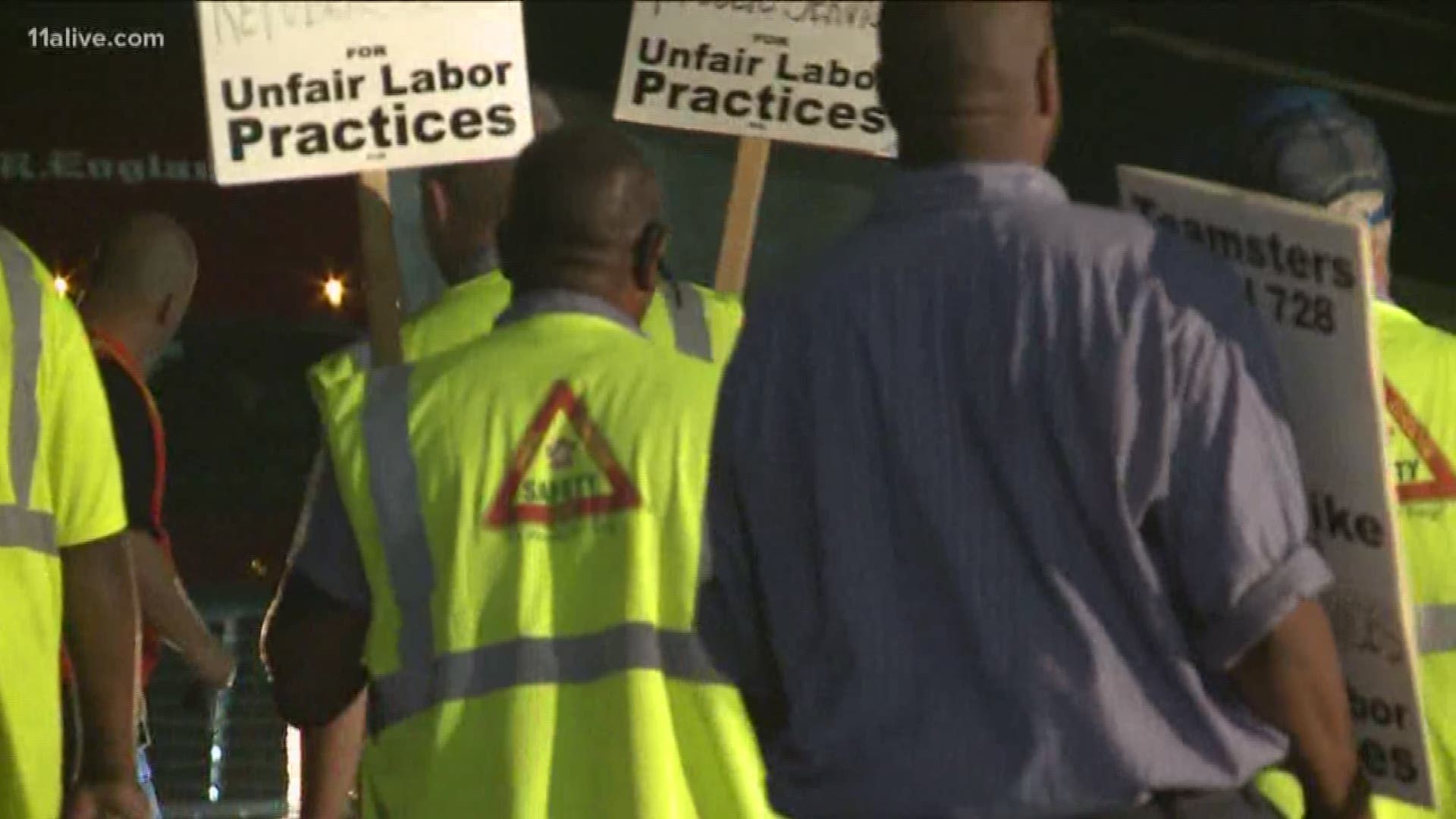 ATLANTA - Sanitation workers in Atlanta went on strike at the stroke of midnight, Friday. It's the latest of a situation that's been brewing for a while now.

Workers with Republic Services told 11Alive they've been working trying to negotiate with the company since May but those talks came to a stand-still at the end of July along with their contract.

When 11Alive spoke with workers earlier in the week, they said they're willing to risk wages for better pay and insurance along with respect.

"Looking like a fool with your trash in the ground!" @RepublicService sanitation workers, now on strike, say the company stopped negotiating with them. #MorningRushATL pic.twitter.com/aE7wtGlT4g

Sanitation strikes are nothing new. One of the more famous ones happened 50 years ago when Dr. Martin Luther King led the Memphis Satiation Workers' Strike. And just 5 years ago in McDonough, Georgia workers staged a strike against the same company - Republic Services - over federal labor law violations.

About 120 workers now on strike. 11Alive reached out to Republic Services for comment but have not heard back.