Sanitation workers threaten strike, setting up a possible smelly situation for the city

Workers warned if the strike comes to pass, it could lead to trash piling up, in the heat, in dozens of places - including the Atlanta Public School system and Hartsfield-Jackson International Airport. 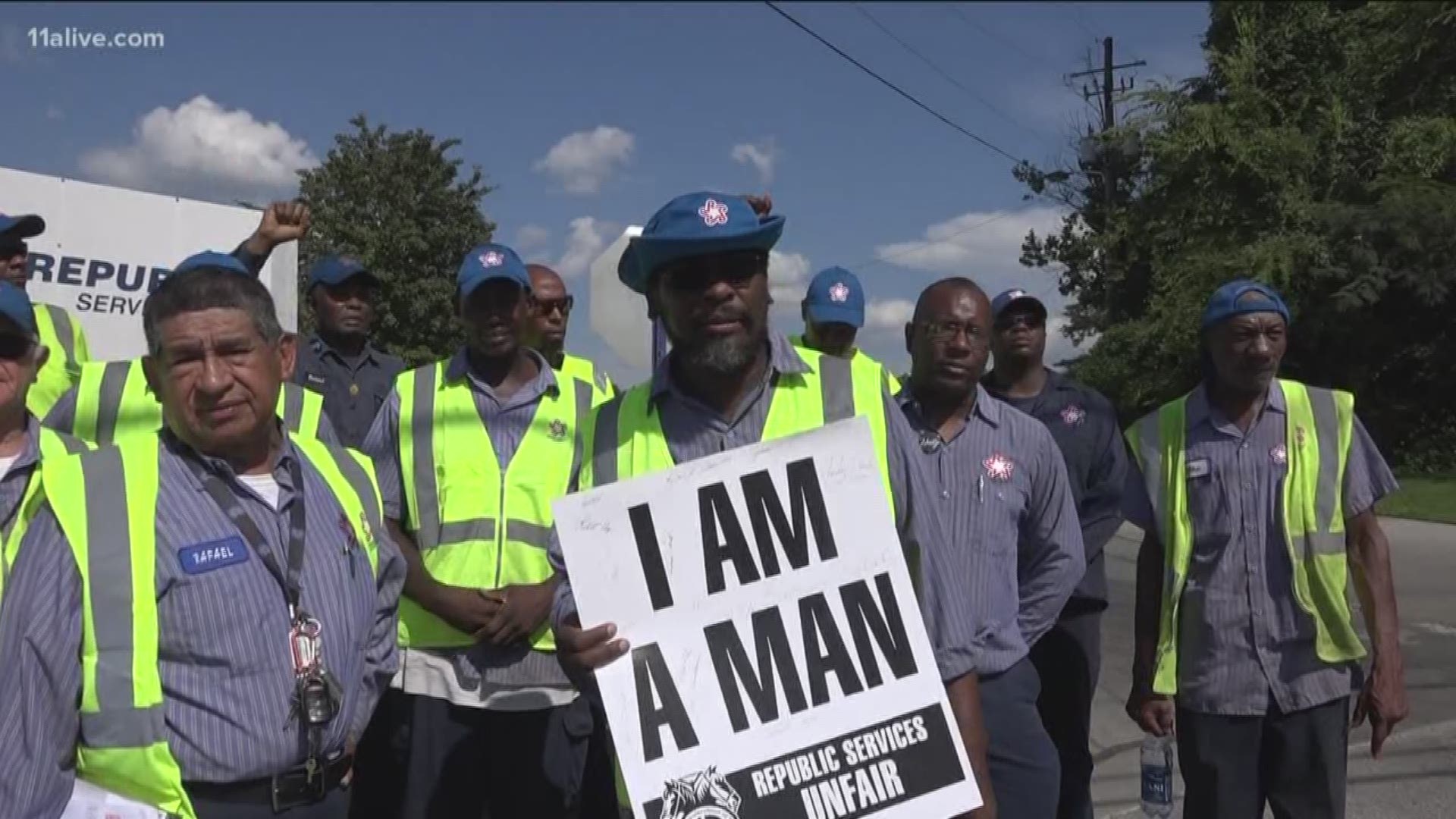 ATLANTA — It could soon get really smelly in Atlanta.

That's because more than 100 sanitation workers at Republic Services have joined forces with their local union, poised to go on strike.

11Alive's Natisha Lance spoke to some of those workers who warned it could lead to trash piling up, in the heat, in dozens of places - including several schools in the Atlanta Public School system, Hartsfield-Jackson International Airport, Emory Midtown Hospital, Habitat for Humanity, Kroger stores and Phipps Plaza, according to union members.

Workers told 11Alive they are fed up and ready to strike at any moment.

"We're not willing to give it anymore time," said Ben Speight, the organizing director. "This could happen at any moment and these workers are prepared to do that."

They say since May, 120 drivers, helpers and mechanics have been working with the teamsters local union to negotiate better wages and insurance. But Speight said the company is not willing to make a deal.

While they admit a strike may be bad for them, "But for us guys, and the guys behind me we're going to do whatever it takes," Rolland said. "Whatever it takes."

The union says it gave Republic Services until July 31, but conversations have come to a stand-still.

But employees said they are willing to risk losing wages to get results.

"That garbage is going to get to smelling pretty bad, and that won't take long will it," employees jested.

Sanitation strikes are nothing new. One of the more famous ones happened 50 years ago, when Dr. Martin Luther King led the Memphis Satiation Workers' Strike. Protesters gathered today used the same slogan as their battle cry, making similar demands.

And just five years ago in McDonough, workers staged a strike against the same company - Republic Services - over federal labor law violations.

11Alive reached out to Republic Services numerous times without a response. We will follow the story to see if workers can come to an agreement with the company, or if they go through with the strike.