‘She was supermom’ Brother, best friend remember Duluth mom who died trying to save daughter’s life

'She would want us to get it together and make sure her kids are safe and protected because that’s what she did.' 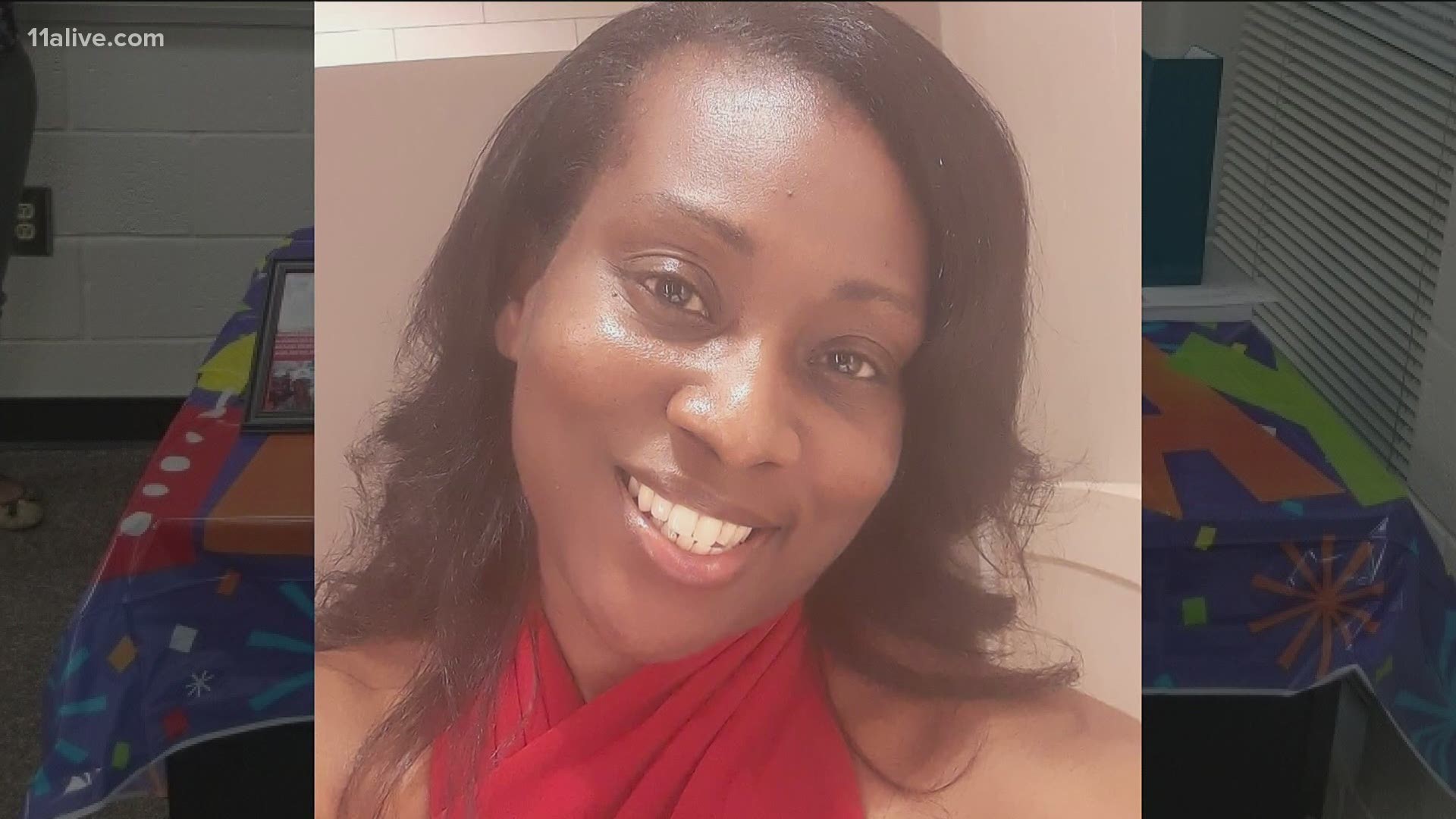 “I had this plan to decorate her desk at work,” said Patricia Jackson, Sarah’s best friend.

The two aren’t related, but they had an instant connection through work. They joked about getting a DNA test because they spent every second they could together; and they were always getting mixed up at Duluth Middle School where they both served as special education teachers.

“Anytime they called for a Jackson, we would get mixed up,” said Patricia.

She wanted to decorate the desk of her best friend of a year-and-a-half, to return the favor. Sarah went all out on Patricia’s birthday in July, including a decked-out desk. Patricia couldn’t wait to see the look on her friend’s face as she planned the surprise.

But, Sarah wouldn’t get a chance to see it.

On Labor Day, Sarah took her four daughters to a lake near Lawrenceville at Tribble Mill Park. While wading, her youngest daughter went underwater. Sarah tried to rescue her but was pulled underwater near a drop-off and took in too much water. People nearby pulled the two from the water, but Sarah wasn’t responding.

One of her daughters called Sarah’s brother, James Jackson III.

“There’s something bad happened. I was overwhelmed with fear, just a wall of emotion hit me immediately. Panic, that’s what is what, panic,” said James who lives in Washington state.

He had just talked to his sister a few hours earlier.

Sarah died not long after.

The next day, James arrived in Georgia. At Duluth Middle, the principal went to Patricia after Sarah didn’t come in or answer her phone.

“I sent her a text message and it said, 'If you don’t call me, I will come find you.' Cause, that’s just the type of relationship we had,” said Patricia.

According to Patricia and James, Sarah was robbed a few days before Labor Day and her purse and phone were stolen.

A few minutes after texting Sarah, an administrator returned to talk to Patricia.

Patricia’s thoughts immediately went to Sarah’s four children who she lovingly called her nieces. At the same time, James arrived to start to take care of them.

“Everything I’m doing right now, it’s nothing she wouldn’t do for me,” said James.

James created a GoFundMe for Sarah’s kids and held a celebration of life for her recently. From the comments and conversations, he’s learned so much more about his sister.

“Sarah did this, Sarah did that. I mean it’s crazy. It’s blowing my mind,” he said.

Sarah worked with non-profits, the Family Promise Guest Advisory Council, and others to help women during the transition from abuse. She also gave a moving speech in 2013 about being a single parent and overcoming homelessness once she graduated from Georgia Gwinnett College. She also worked at Georgia Tech for 10 years prior to her time with Duluth Middle School.

The Duluth Middle School family is grieving the tragic and sudden loss of one of our wonderful teachers, Ms. Sarah...

Both Patricia and James described Sarah as a gifted person, smart, sharp, and someone who cared more about others than herself. They said she loved working with children and people with disabilities and was always around to motivate others to keep going.

“She was my motivator, my inspirator. That was my sister,” said James. “Each one of these children have a huge jump in life because they were exposed to Sarah Jackson, a very intelligent, strong woman.”

But more than anything, she loved her children and put them first, especially as three have ongoing health problems.

“She was Supermom,” said Patricia. “She would want us to get it together and make sure her kids are safe and protected because that’s what she did.”

James said he will apply for guardianship of the girls, as he and Sarah often discussed how to take care of each other, should one of them pass away.

“Now knowing that she can rest, and she’s at peace, I can pick up the baton and continue on,” he said.

Patricia did go back to work on Friday, September 11; and she did decorate Sarah’s desk. The decorations included a fake crown, as she returned the favor for a tiara Sarah gave her for her birthday.

“I had to make sure at school, that I gave her, her final crown at work,” said Patricia.

Sarah’s girls are ages 9, 11, 13 and 20. Patricia, who has young boys, said she will do whatever it takes to help take care of them. James added he is still figuring out if he will move to Georgia or split time because he doesn’t want to take the girls away from their local support system.