ATLANTA — They just celebrated their four-year anniversary and they loved to travel the world together. But on Saturday, their lives were suddenly cut short.

Savannah Sims, 23, was aboard a Cessna Citation private jet with her boyfriend, Morgen Smith, 25, when it went down in Gordon County. Smith's father, Roy, was the pilot and Ray Sluk was the co-pilot.

There were no survivors.

Sims' family tells 11Alive that Savannah will be missed for her bright personality, baking desserts, and unconditional love. They describe her as "outgoing" and "charismatic."

Sims was born in Kingston, Jamaica in 1996. She attended Flowery Branch High School and just graduated in May from Georgia State University.

"Her years were short but the memories of her will last a lifetime," her sister Gabby said. 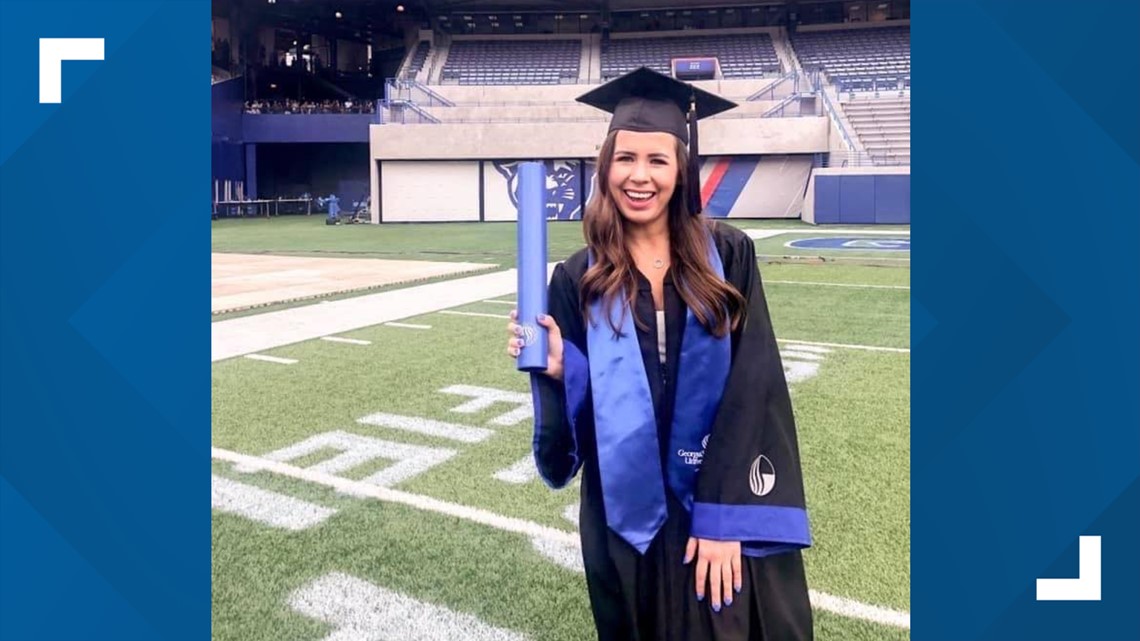 The family says that Savannah and Morgen not only enjoyed traveling, but also attending Atlanta United games and spending time with family and friends.

"I don’t know what exactly to say here besides I’ve lost three of the most incredible people in my life," Savannah Baynham-Smith wrote. "I can’t imagine a life without any of them. My heart is so broken."

The crash occurred around 10 a.m. on Saturday after the aircraft departed Falcon Field near Peachtree City. Roughly halfway to its destination, now confirmed to be John C. Tune Airport in Nashville, Tennessee, the aircraft disappeared off the radar near Cherokee County.

The sheriff said on that the airplane wreckage was found more than three miles off the nearest major road and had to be accessed on foot or by all-terrain vehicles. The bodies of the four victims were all located around 12:30 p.m. on Sunday.

The Sims family expressed their gratitude for the neighbors who found the plane and all of the first responders.

"We would like to thank the neighbors who found the plane, the local Gordon County Authorities for bringing Savannah and everyone home, the GBI and the Gordon County Coroner's office for their due diligence," they said.

The NTSB is investigating the crash and said it could take several days before the cause is determined.

"We will forever miss our beloved Savannah but know she is watching over us," her family said.