Jimmy Atchison was shot and killed on Jan. 23 at an apartment complex in Atlanta’s Adamsville neighborhood. 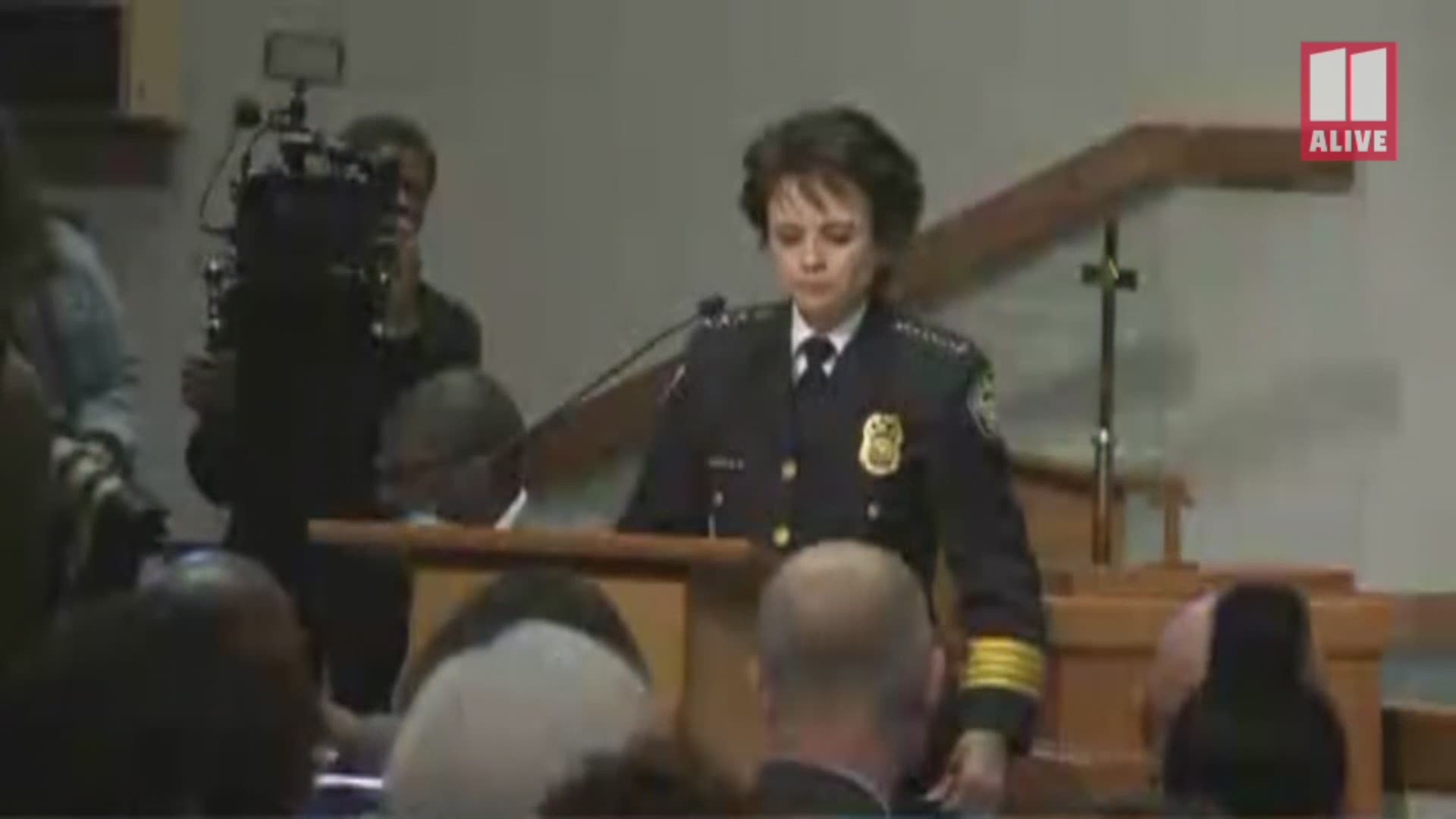 ATLANTA — Atlanta Mayor Keisha Lance Bottoms and Atlanta Police Chief Erika Shields were called out Tuesday by protesters who have been demanding answers regarding a deadly officer-involved shooting that happened January.

The two city leaders owned up to their part – apologizing for the lack of communication they've had with Jimmy Atchison's family.

On Jan. 22 the 21-year-old was shot an apartment complex in the Adamsville neighborhood.

At the time, FBI spokesperson Kevin Rowson said Atchison was a suspect in an armed robbery. When he was served the warrant by an FBI task force, of which Atlanta Police Officer Sung Kim is a part of, officials said Atchison ran and ended up in another apartment. At some point, Atchison was shot and killed.

The FBI – not the Georgia Bureau of Investigation – is handling the investigation, as the shooting involved a federal task force.

Earlier this month, 11Alive spoke with Atchison's family who said the FBI had not provided answers as to what happened leading up to the 21-year-old being shot.

READ: Months after he was killed, family still has no answers from the FBI on why

During Mayor Bottoms' town hall meeting Tuesday evening at Cascade United Methodist Church, she had many city leaders come forward and give a two-minute presentation and talk about their tasks, initiatives and some community concerns.

But no sooner had Chief Shields gotten up to speak and introduce herself, the chanting began.

"What do we want? Justice! When do we want it? Now!" protesters shouted, interrupting the meeting. (Click here to watch)

As they continued shouting from the back of the sanctuary, some starting walking towards the front of the room. They were greeted by police, but things remained calm as the protesters continued to shout.

"Say his name," one person yelled. "Jimmy," is how the group responded.

As the interruption continued, one protester directed his message toward the mayor.

"Keisha, we’ve been reaching out to you since the Super Bowl," he yelled. "Jimmy Atchison was murdered Jan. 22 by your people. We haven’t gotten a response from you yet,” the main claimed.

As the chanting continued, Mayor Bottoms started opening up about the shooting, trying to diffuse some of the tension.

As the shouting finally calmed, Mayor Bottoms explained that she and Chief Shields apologized to the family on Monday.

"I and Chief Shields profusely apologize for not meeting sooner, because it is a part of an active investigation," she explained.

“What I shared with the family is, that, in any way, if our actions or inactions in not meeting with them any sooner has caused them any additional grief, that is the absolute last thing that I would want to do to any family," she added.

"The issue is that the department – Erika, Erika Shields – failed to properly communicate with the family," Shields said, taking ownership of what happened. "I have to own that.”

"Sometimes when you screw up, the best you can do is fix it and move it forward. And that’s the space we are in," she added, pausing when the crowd began to clap.

"I promise, there is no cover-up," Chief Shields said emphatically. "There is no desire for this department to engage in any of the behavior that I know that so many of you, your parents, your grandparents were subjected to. It won’t happen under my watch. I will fight to the bitter end to make sure that people are treated fairly and equitably. You have my word.”

Previously, Tanya Miller, the attorney for Atchison’s family, said photos provided to them by residents of the apartment complex, witness statements and conversations with the Fulton County District Attorney show Atchison was shot in the face, while hiding in a closet, surrendering to police. 11Alive has not viewed or independently verified these photos and witness accounts.

Officer Sung Kim – the officer who fired the fatal shot – was not wearing a body camera at the time of the shooting. Miller said he was exempt from wearing one in this situation because he was serving on a federal task force.

As for the town hall meeting, the mayor ended the Atchison discussion by talking about her own family who was affected by gun violence.

“I’ve shared with many of you all the tragic killing of my nephew – although not at the hands of police officers – he was murdered nonetheless," she said. "I shared with the family, the thought that I could not imagine, the thought that as our family was experiencing the tragedy, if we had to think that our city didn’t care. Know that we care."

Atchison's family, meanwhile, has sent a demand letter to the FBI asking for answers.

'Her life was stolen from her children': Online fundraiser set up for woman killed at Alpharetta bank

It was supposed to be a girls night out at music event. Then, bullets started flying.

'This was a man who was loved': Family stunned after burned body discovered near soccer field