DeKalb County school bus crashes into tree with 9 students aboard 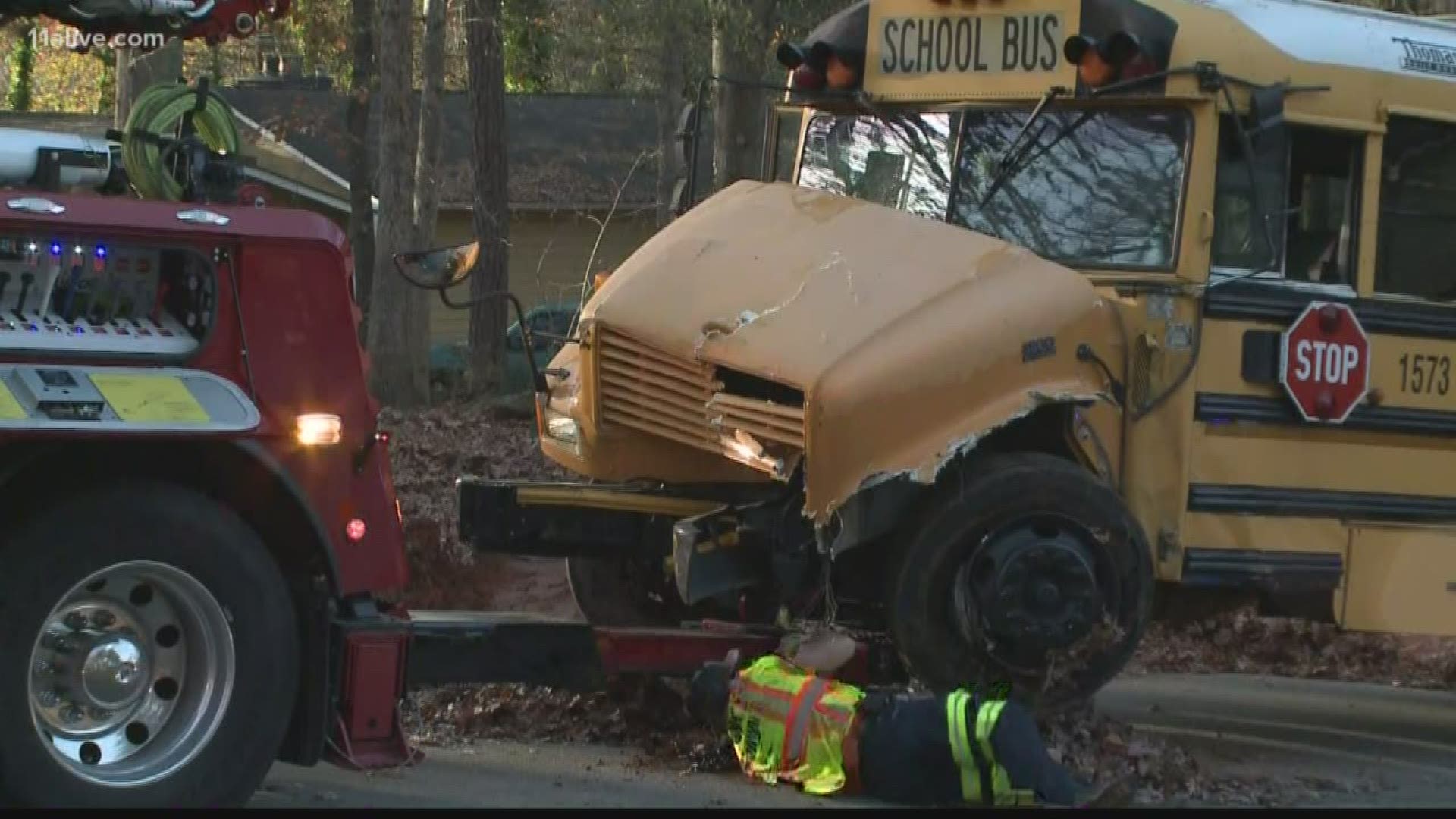 DEKALB COUNTY, Ga. — Crews are responding to the scene of a school bus crash in DeKalb County.

The crash happened in the 1700 block of South Hidden Hills Parkway. Authorities confirm there were injuries in the crash. The DeKalb County School District confirmed that there were nine students aboard the bus and that one student reported a minor injury.

The 11Alive SkyTracker flew over the scene which showed a school bus that crashed into a tree. Police and other buses were at the location, however, there didn't appear to be any emergency vehicles at that time.

DeKalb County Police will be taking over the accident investigation.