The crash happened on NC 68 near Sylvania Road near the Guilford County border. 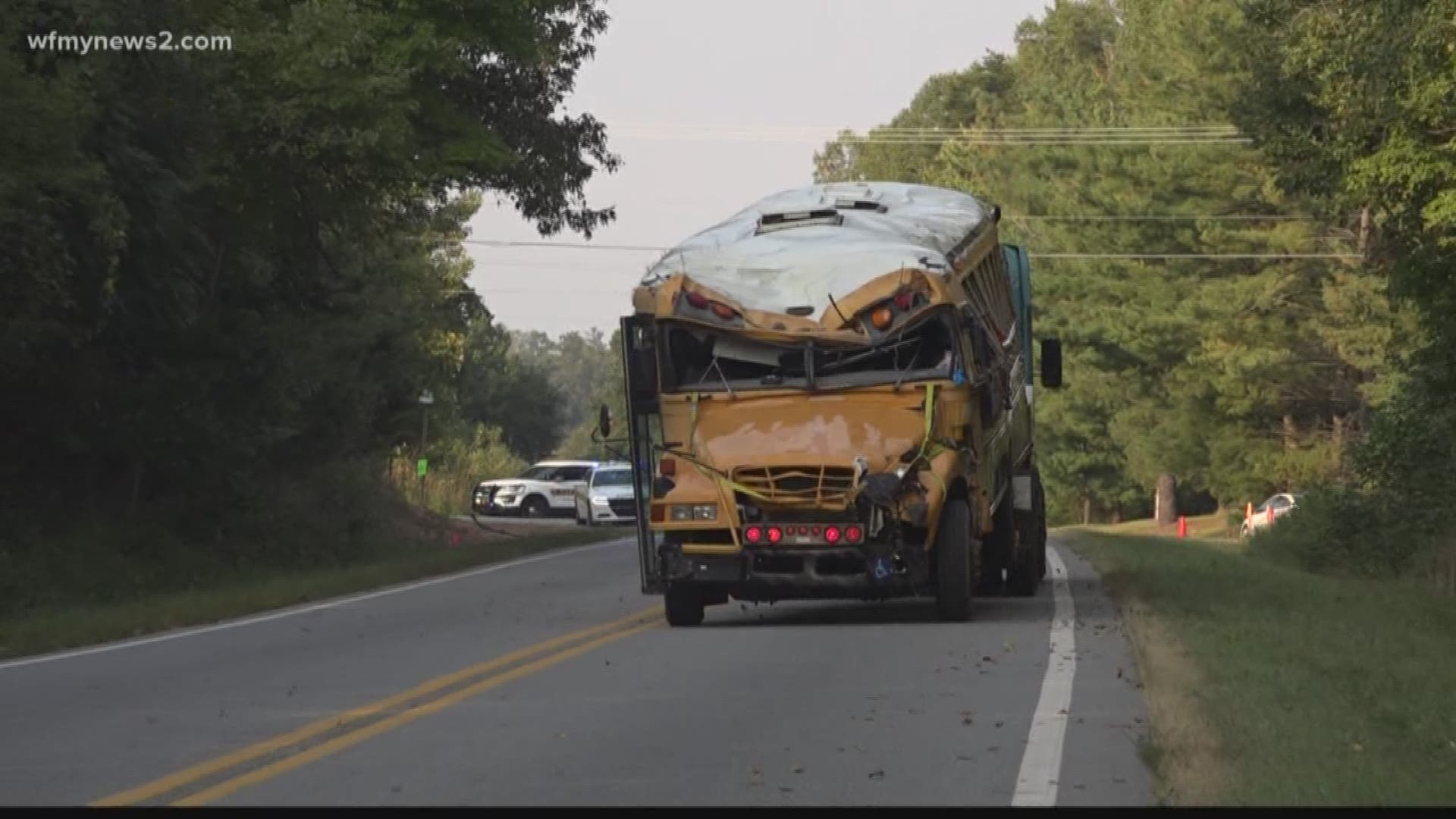 North Carolina State Troopers are investigating a school bus crash in Rockingham County. The crash happened just after 3 p.m. on NC 68 and Sylvania road near the Guilford County border, according to NC State Highway Patrol (NCSHP).

The bus was operated by the Operation Xcel Learning Center.

According to NC State Highway Patrol, Harvey Newcomb, 58, was driving a truck north on 68 when he went left of center, and collided with the bus, causing it to overturn.

No serious injuries were reported as a result of the crash, however, the driver of the truck and students were taken to Cone Health for evaluation.

Cone Health says 16 kids came to the hospital, but none were admitted for serious injuries.

Parents who first saw the news on social media were shocked.

"I home school and my first thought was, 'Thank god my kid wasn’t on the bus,'" said Karen Fulcher.

She says it's a miracle no one was seriously hurt.

"How lucky are we that nobody got horrifically hurt? I mean 17 kids could’ve died along with the bus driver," she said.

Highway Patrol says no charges have been filed at this time. They are still trying to determine what exactly caused the accident.

► Make it easy to keep up to date with more stories like this. Download the WFMY News 2 App: Apple Users, Android Users