None of the students reported injuries. 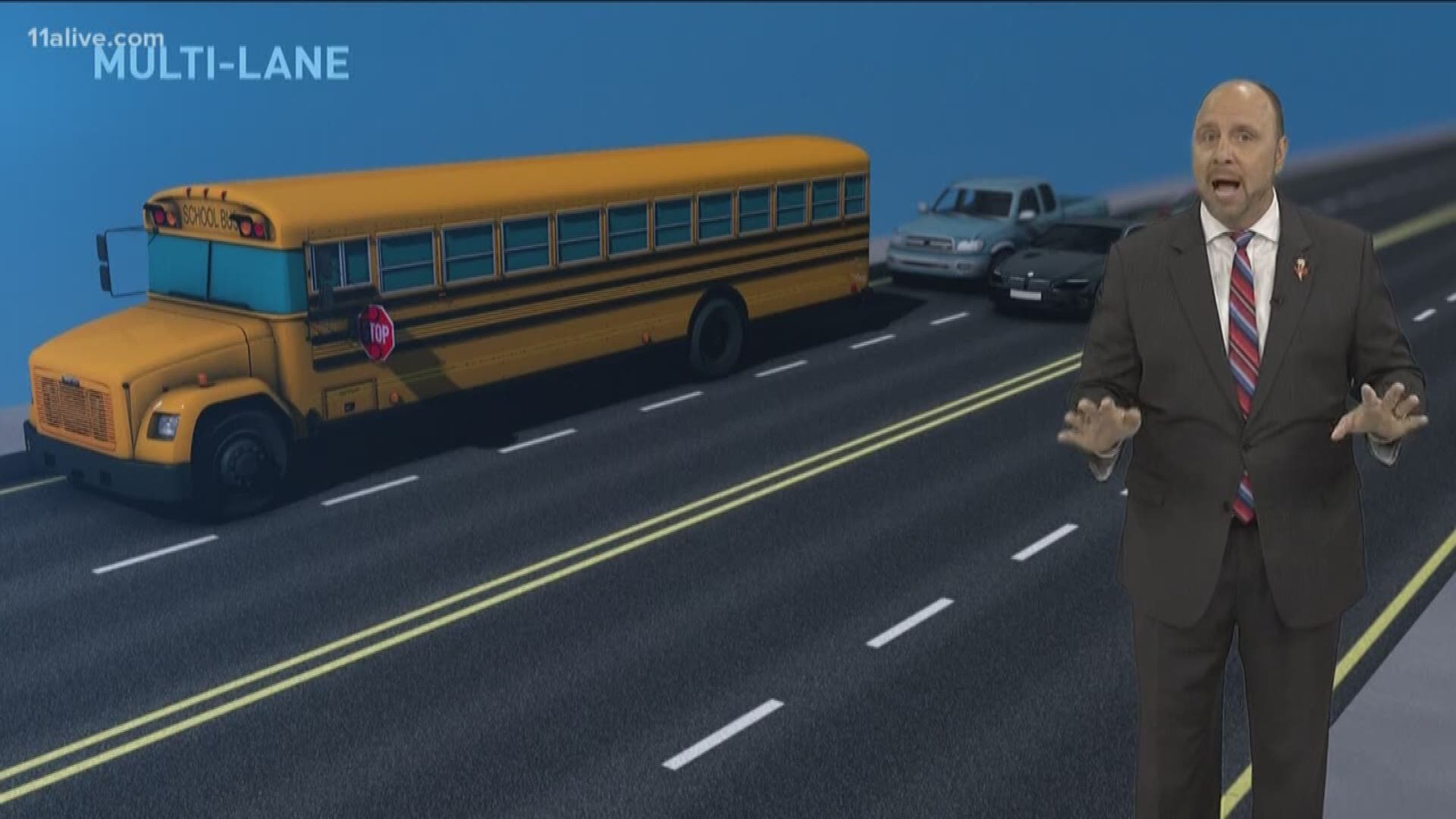 ATLANTA — Atlanta Police are investigating a crash that happened Friday evening that in involved a school bus and another vehicle.

Officers said they responded to the 100 block of Moores Mill Road just after 6 p.m. The school bus was transporting students when it was rear-ended by an SUV, police said.

The driver of the SUV remained on the scene.

None of the students were hurt, but APD said the driver of the school bus reported having head pain. First responders came to the scene to check out the bus driver.

Fortunately, no other injuries were reported.

READ: 'One is laying in the ditch' | 911 calls detail scene after kids are hit at bus stop

However, earlier Friday, two students and their father were injured at a school bus stop in Forsyth County.

According to sheriff's office spokesman Cpl. Doug Rainwater, a school bus was completely stopped -- with lights flashing and the crossing arm extended -- on Buford Highway when the driver of a Toyota Camry, Christopher Ray Frachiseur, approached the back of the bus and swerved onto the sidewalk to avoid it.

Two sisters, who are 6 and 9 years old, were hit along with their father. They had to be taken to the hospital.

The teen driver is facing three felony counts of serious injury by vehicle, driving under the influence of drugs, and other charges.